Just noticed this showed up… 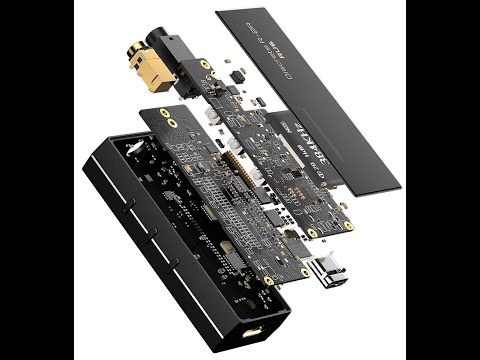 While we are busy working on our new flagship products, we have also devoted a lot of resource to pass down our new technologies to more affordable applications. Our R-2R based R01 Audio Motherboards for N6ii was well-received by the Personal Audio...

Hello,
Yes, I saw it at the beginning of November.
The first deliveries have already been made.
I am curious about the impressions.
The concept looks interesting and courageous, especially in this day and age.

Yeah, I’ve seen it too, but not much mention of it here.

Actually only mentioned in this thread:

The TK2 intrigues me as I enjoy the TRI IEM’s. I preordered the upcoming Cayin RU6 dongle though instead due to it’s proprietary R-2R DAC. If it competes with or betters the L&P W2 than Cayin will have a winner on their hands.

Mine will be delivered today.

I’m looking forward to comparing it to the W2, which IMHO is the most impressive dongle made to date.

Looking forward to hearing Your impressions of it!

only one estore that has it? Cayin Audio were R2R pioneers in a smart music player, but the advent of the R2R RU6 USB-C DAC/amp dongle establishes them as masters of the fully-discrete resistor DAC topology in portable audio. Now in stock, this is all it takes to achieve the...

only one estore that has it? The RU6 is a scaled-down implementation of the R-2R resistor ladder network DAC from R01 Audio Motherboards.

So, I was just glossing over the product page, and looking at the specs… Is it me, or is this thing really lacking in power? Or could this possibly be a case of under specking a product, you know the “under promise, over provide”? 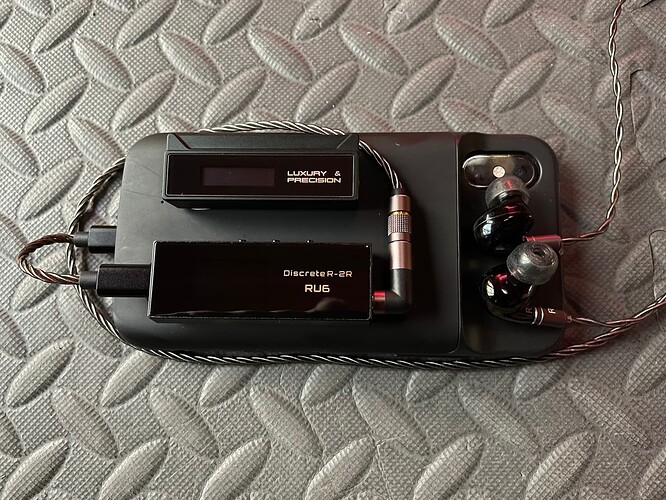 First impressions after a couple of hours using it with Aune Jaspers, Dunu SA6, and UM MEST MKIIs…

Full range and impressive sound. Not a black background, clicks pops and static before the music starts and in between tracks. Not really noticeable while the music is playing. Volume can only be controlled on the RU6 itself not your source device. Slight pause/click when I turn the phone’s screen on and off.

Power? Plenty. Just tried my Sendy Aiva planars and it handled those with no problem. It will get loud enough to damage your hearing no matter what headphones you have.

Now compared to the L&P W2? The W2 is just better (subjective, non-golden ears listener). Slightly better fullness to the sound without any of the negatives. More filter and tuning options to select from and just more features in general for just a little more $.

If you’re stepping up to a “premium” dongle from a lesser one you’ll be pleased and impressed with the sound. BUT, the W2 also exists. IMHO, the W2 is still the top dog. Sure the R-2R tech in the RU6 is really cool, but the implementation of the dual CS43198 chips in the W2 is just a little bit better in my view.

My advice/initial impression? Spend a little more and get the W2.

Thanks for the info

Out of the dongles I’ve tried the W2 has been the clear winner as well, the RU6 interested me, but if it’s not really doing anything different to justify itself vs a W2 not sure if I want to pick one up or not now

Yeah, the clicks and pops bother me. I haven’t experienced that before with my gear. I’m not any good at describing sound, but I do try to do more critical listening than the average Joe.

For me, the W2 is the clear choice and I would pass on the RU6. A little disappointing as I had high expectations after jumping on the R-2R bandwagon with the HiBy RS6 DAP. I highly recommend that one!

Yeah, the clicks and pops bother me. I haven’t experienced that before with my gear.

Hmmm that can happen with some music players or sources and not others, so perhaps try it on a few different devices and see if it still happens. It’s somewhat normal for some dacs to click and pop when they change bit depth or sample rate, but it shouldn’t happen every single track change if it’s the same format. Regardless it shouldn’t be happening in between tracks, that sounds like a player or transport problem

The rs6 looks quite interesting, although I haven’t jumped on it since I’m set with my P6 pro lol

That’s true, my LP r2r daps had gotten better with more time on them, it would make sense I’d happen here (there’s also a warm up time). Also I’d imagine the device it’s connected to and the power it supplies would also make a reasonable difference in this case as well

They also mention that in the Head-Fi thread I linked…

That’s not a lot of juice and I would imagine it would lack punch perhaps?

That’s not a lot of juice and I would imagine it would lack punch perhaps?

I’m sure there’s more to it than that as well, could be loss of stage, loss of dynamics, lack of body, aforementioned punch, etc. Noticed some of those happening on other dongles I’ve tried when the device wasn’t giving it good power

Also the lack of body aspect is something I experienced when I initially got my p6 and p6 pro, which later went away after leaving it on for some days, and also making sure it warms up for 30min-hr before use

Good call, I will do that

Well I will be returning the RU6 as I just can’t listen to it with its “issues.” Andrew at Musicteck will test it upon receipt to see if I just may have received a defective unit.

I hope that’s the case, as I think Cayin generally makes excellent stuff. I’ll be interested in what he says after trying it himself.

For what it’s worth he indicated that no one else has reported the problem I had. Will post his findings when I find out. 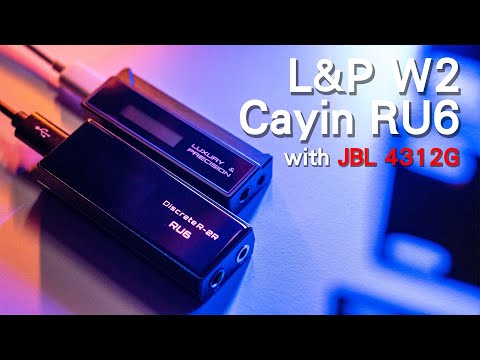 Especially the very last comparison highlighted the above-mentioned findings. Ru6 is much more my style.