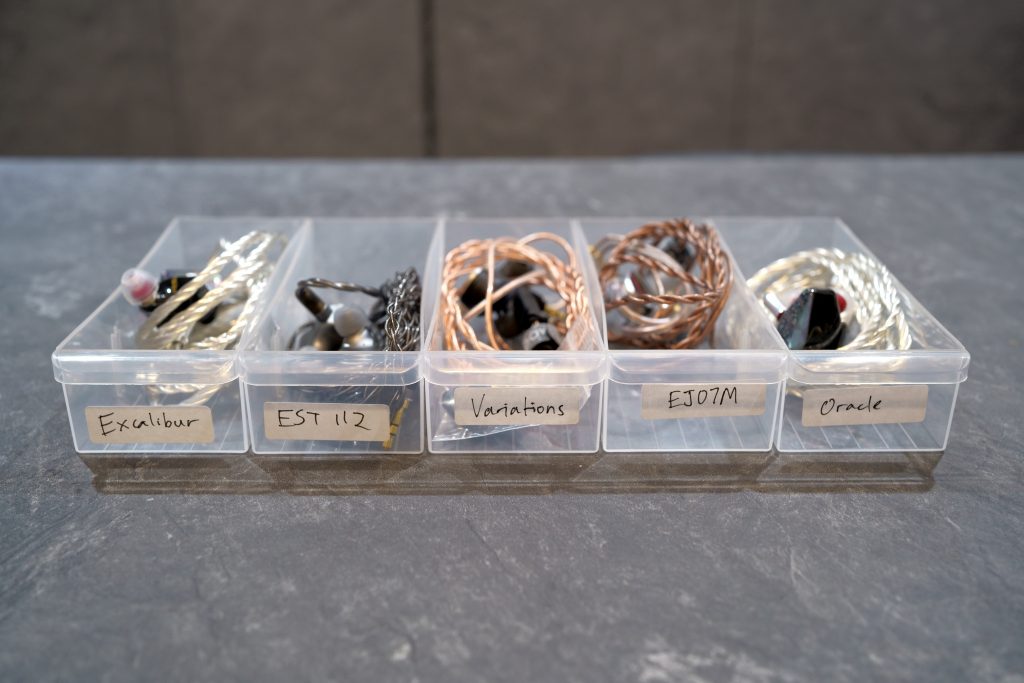 A shootout of the finest tribrid IEMs you can get with half a grand, from the likes of DUNU, ThieAudio, Moondrop, and Shuoer.

I think Crin did a great job with this shootout from experience with my own tribrids. The only tribrid I don’t own from this shootout is the EJ07M. 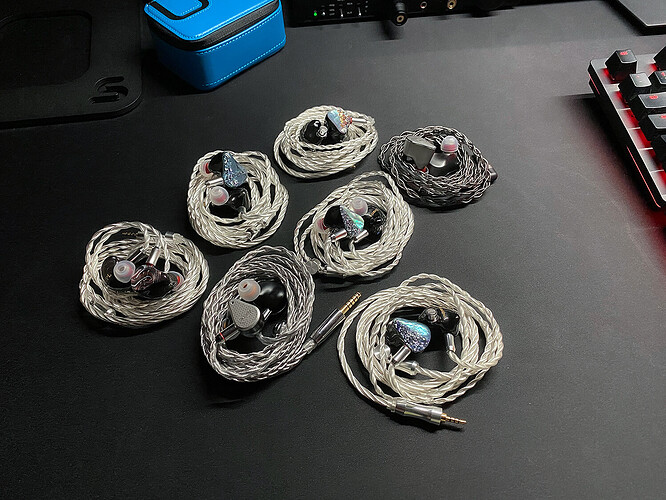 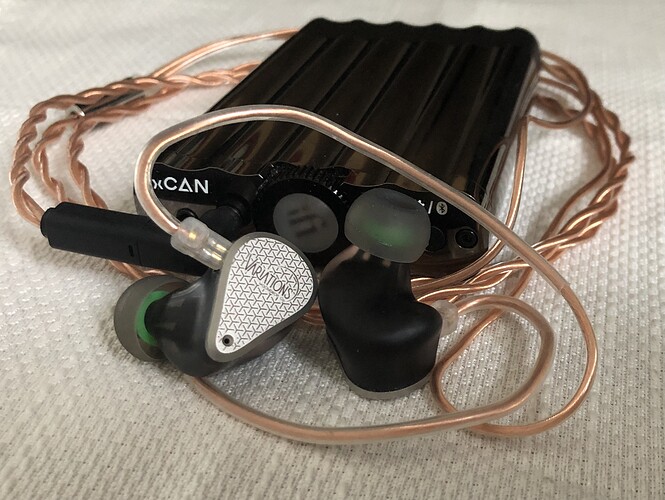 I can absolutely confirm “Mr. Crin”

I can absolutely confirm “Mr. Crin” 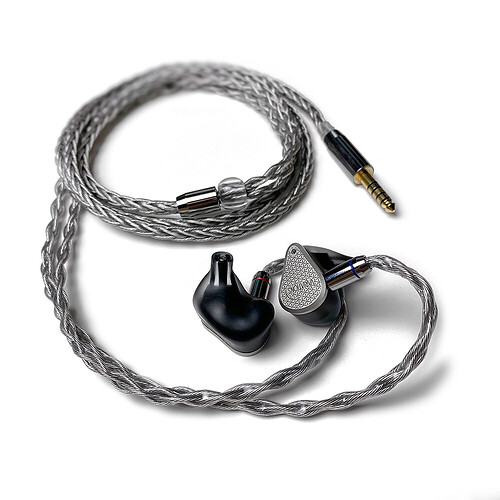 I’d go as far as to say it’s a toss up for me between the Monarch and Variations. 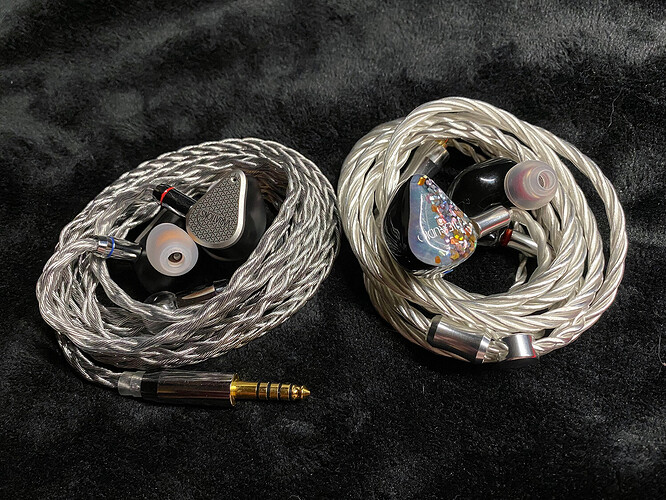 Having 2 of the tribrids in the shootout and agreeing quite a bit with his remarks on both. It really annoyingly makes me want to buy a third, the ThieAudio Oracle.

Are the Variations really that much better than EST112s? I really like my Dunus but they seem to be very “jack of all trades master of none”

The Variations are different tuned to the Dunu EST112. The ThieAudio Oracle is another neutral tuned IEM that is just an upgrade.

Are the Variations really that much better than EST112s? I really like my Dunus but they seem to be very “jack of all trades master of none”

It’s all subjective, but the DUNU EST 112 is my least preferred tribrid. Here’s my tier list…

The IEM everyone should have - Blon BL03

Nice list, 100% agree on the FH3. Might be a spicy take but i liked FH3 more than the Starfeild. Haven’t heard the Clair/Oracle but people seem to rave about them, gotta find a pair to try…

I have Tea, Oracle and MESTMKII, but would like to add a tier2 to complement the Oracle. Given I really love the Oracle for their tuning, and that I listen mainly to jazz, rock and electronic/ambient, would you recommend the Xenns UP? I would like something with the same fantastic tuning as Oracle but a little bit more “details” and “air”.

For more details and air, I think you might need more treble than Xenns UP.

Xenns UP is a slammer, has HBB described it (personally, never heard it).

thanks for the comment, and yes looking at the graph and what Chris said in the review I thought the same… but I’ve read many different things about the UP so thought to ask, maybe someone who has heard both Oracle and UP can chime in… I really love the Oracle, and think that the amount of highs is ok for me, so maybe don’t like more treble than that…

moved to other thread

would you recommend the Xenns UP?

Yup. I would, I think it’s a good compliment in that tier. It’s actually my favorite out of the Oracle and Clairvoyance.

The Monarch and Variations have a completely different tuning that has a different purpose.

The main watch out for the Up is that is has a lot of bassier frequencies but not just in the sub bass frequencies like that of the Monarch or Variations. It’s a very enjoyable and fun listening experience though. Everything sounds fantastic through the Up. I love it.

Been lurking here for a few weeks now but have been following HBB’s channel for longer than that. I have a Timeless as well as a Mele ordered based on the suggestions of this forum and HBB.

Looking for some advice especially from the vets here like @Resolution, @hawaiibadboy, @Rikudou_Goku, @luizgarcia and @nymz (does nymz ever get off?!? He seems omnipresent! :D)

TL;DR should I buy the Xenns UP first or the MEST MKII? Or neither?

Somewhat new to this hobby (4 months in) and I have a Dusk and a Campfire Audio Polaris V2 running through a Dragonfly Red dongle. I also have a 1more Triple Driver that I bought for myself before I discovered the rabbit warren labrynth of IEMs.

The Dusk was my first purchase after lots and lots of online research. The Polaris was a gift (I’m lucky to have such generous friends).

I didn’t get a chance to try many things in person because I have only one local iem store here and they stocked things which were (IMO) pretty unremarkable (Fiio, Campfire audio etc.) Or too expensive for my first IEM (Sony IER-Z1R, M9). This is why I blind bought the Dusk.

Unfortunately I found the Dusk nice but missing the spot it seems for some reason. The gripes for me (that I can describe anyways) were:

1.) the kickdrum was weaker than I had expected lacking the kick that I’m quite used to on stage on many songs (Bangarang Skrillex’s drop for example) [though I have to say, interestingly there are some songs where the kickdrum kicks just fine - Korean music on Crin’s Spotify list for example]

2.) The bass guitar parts felt a little weaker for me than I had expected. I would have liked it to be stronger especially in rock songs. This made me realise of course that the tuning of the Dusk was more subbass focussed than one that would highlight neccessarily bass guitar.

I don’t really know what I like yet exactly. Though I suspect like most, prolly would know it when I heard it.

I’m also a semi-pro bass player in my spare time outside of regular work and have played in cover bands for a decade or more now. When I listen to music my focus is usually around the bass line first then other bits. I listen to and enjoy lots of different genres of music.

Been eyeing my next purchase since Crin’s shootout to hopefully satisfy my itch and get closer to the one.

At the same time an ok deal on a MEST MKII has come up too. And the MEST has of course been super recced by so many and of course nearly everyone on this forum.

Truth is I’d love to own both and probably will end up doing so in the future but I don’t feel that I should just buy both right now at the same time. Plus I also have the Timeless and the Mele coming.

So… What do you guys reckon?

Should I get the Xenns UP first?

Or the MEST MKII first?

(does nymz ever get off?!? He seems omnipresent! :D)

That’s why my GF said.

I should add that the only Tribid I’ve ever owned is TSMR Land and I got Variations incoming on the next days, but I got my eyes on Xenns UP, especially since Mele. Only thing that kept me from buying that it is the blind bet, since almost no one talked about it besides HBB.

Mest is my end-game and I’d say that if you have the means and opportunity for it, grab it over any of the others. Keep also in mind it will ruin your experience tho, since most stuff will not excite you after that, like it happened to our dear @Resolution, that now whines about not spending as much as before because of that

Xenns UP will be more fun, tho. It’s a slammer

Should I prioritize securing a decent deal on a potentially end game IEM?

Or should I prioritize the slam and fun that I find lacking (for me) in the Dusk?