Do you guys not have phones?: What phone are you currently using?

I am not so sure where to put this particular topic that just popped out in my head so I have to settle with the tried and true, Off-Topic as a safe bet.

Since I have lost my previous phone which is a Samsung Galaxy A71, not a phone for awesome specs but fine enough for my use and plus it has a headphone jack, I currently have a new phone that I am using and so far it’s really been an all-around great use in my opinion. 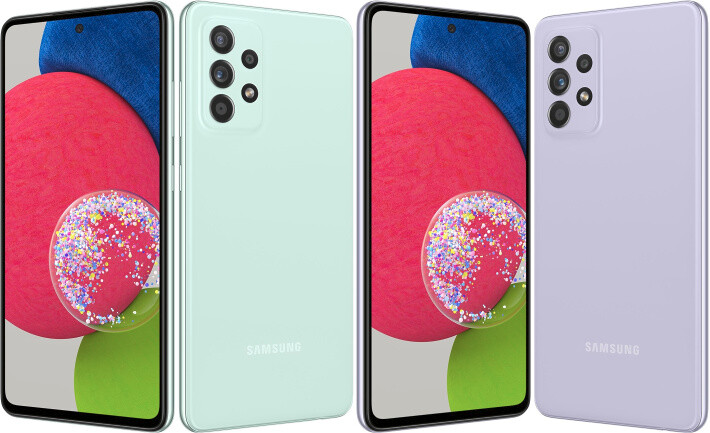 I was planning to try an another brand such as Realme, Infinix, OnePlus or even Xiaomi, but due to Samsung’s One UI and more secured than the other brands due to their 4 year support of updates, had no choice but to go with the Samsung Galaxy A52S 5G.

Just curious though, what phone are you using?

The same. When my old phone went I got a free trade in with my service provider. It’s solid, nothing spectacular but does what it needs to do. My only gripe is it could be brighter when in bright sunlight

I’ve got an LG Velvet 5G. now I know why curved edges suck.

Also I am loving my new phone as well, despite it being a Samsung mid-ranged phone, to my surprise it still has a headphone jack, not only that it’s also IP67 resistant and I think it’s not so common to have that kind of feature with those kinds of phone for the price.

It’s a jack-of-all trades and I am overall fine with it. Pretty great specs as well like wow, it’s like a pseudo-flagship.

Samsung has had some real winners with the last few gens of their A5x and A7x phones. if only their skin didn’t suck so bad!

Yeah not really a fan of their “Glasstic” skin on their A71, I prefer the A52S 5G’s matte look more, for the A71’s skin sure it looks shiny and not cheap looking but the fingerprint magnet on it is just not for me, and I think a Matte look makes a phone look more premium imo.

Jokes aside, i got the Oneplus 8T.

That is still a good phone and yeah Diablo Immortal since it was announced back then I knew it was going to be shit, not surprisingly it is shit lol.

I have a Note 10 Ultra. It still gets the job done.

I mean it has to be, since it is a flagship phone and I think it would be a scam if a phone expensive such as that wouldn’t last for a while like at least 5-8 years.

I have a Samsung S20 FE, which was overpriced when I got it last year. I put a $10 case on it, so I don’t care much about what the exterior, since I always seem to end up with a matte blue.

The prior version of the A52 was a bargain phone, but the A52S version looks pretty interesting. At this point a good camera ( I take a fair amount of pictures ), some storage ( for music ), and decent performance. The A52S hits all of those, and isn’t too pricey.

I have not had good luck with Samsung phones, but at this point the only other big Android brand that I trust is Motorola ( owned by Lenovo ). LG going away has been bad for competition, and the prices reflect that. I had a couple budget LG before the S20FE and they were both great for the money. The Google Pixel seems interesting, but they never support them for very long, and rarely have more than one model available at a time.

I agree @K4sh1ma the 4 years of support from Samsung is pretty appealing. The lack of consistency on this, is what hurts Google in the phone and tablet business. At one point Google had the best 7 inch tablet was the Google Nexus 7, and then when it fell out of support, there was no next version in that size. They totally gave up that market, and today the Android tablet market is Amazon with the Fire/Kindle lineup, which are horrible.

My biggest beef with phones is that keep getting bigger, and I don’t want anything bigger, I still need to put it in a pocket.

Yeah lately phones have been too big lately I am like, what is wrong with a phone that you can still use with one-hand in fact I prefer it that way since it’s easier to use, easier to handle and of course more secured to your pocket. I am getting sick of my previous phone always falling off from my pocket for not all of my bottom wear have deeper pockets that can store with such size.

rocking my Samsung S10 still feels like I’ve had it for way longer than its been out lol.
had some issues when I switched carriers for a while but haven’t had issues since.

Never much cared for smartphones, finally caved in 2019 because my iPod touch stopped getting updates and I needed 2FA. I am curious how good the Fairphone 4 is though, my Samsung is the only Googled thing in my life and I’d prefer that not to be the case.

fingerprint magnet? every phone of mine is in a case!!!

I mean I used my previous phone that got lost without a case for a long time, but eventually got a Matte case for it, still miss it to this day due to the songs I have in it and apps that I use on it as well.

CAT B40
It is a phone, does phone things and that is about it.

Ah yes when phones had numpads back then and this one seems to be a phone for industrial use since it’s from CAT. Man that phone is a kind of a trip to memory lane with those numpads.