I don’t necessarily have the need for it, but somehow it appeals to me.
In my collection I already have the Lcd 2 C, Fostex tr x00 and modded D2000.
Actually I am not looking for anything new.
But I was still wondering how good the
DROP + DAN CLARK AUDIO AEON CLOSED X HEADPHONES
is?

Better than the Sundara?
What about the Lcd 2 C? Same level or rather below?
I think the only riding would possibly be for mobile on the road probably that I am asking the question.
Haven’t found anything else in this sector that would make it appealing.

I am curious about these pair too. There aren’t too many reviews. How do they compare to other aeons (closed and open) and planars?

They’re good. I posted my impressions here, but in general they’re one of the better tuned closed-back planars available. The only downside is that they’re just on the edge of being a bit blunted, likely due to the extreme driver damping required in order to achieve the tuning they’ve got. DMS said it well when he mentioned that they’re not even as detailed as the Sundara. BUT, for a closed-back planar, this is easily worth it at its asking price. The open… I’m less enthusiastic about, mainly because the Sundara exists.

I only have the closed one and I don’t have the open one.
I probably won’t buy the open one.
Originally I wanted a closed planar headphone, which Dca has in its programme as almost the only manufacturer.

I only have the Lcd2 C as a comparison and it’s really hard to compare between them.
Currently my potent hybrid amplifier is in the final stages of assembly to compare the two again where there is enough juice.

If you are thinking of buying planar headphones, the Aeon R/T closed is definitely the first choice, if you need silence and isolation from everything.
If you’re looking for an open headphone at the 500$/€ limit, the Open is certainly worth a try and won’t disappoint.
I remember the Closed being better than the Sundara.
But the conditions weren’t there at the time with the Sundara.

What is definitely true is the quality of the Aeon’s.
You are not disappointed when you unpack them.

Have you heard the noire? I haven’t heard a ton of really high end closed backs but the noire stood head and shoulders above every other one I’ve heard. I even liked the noire over the Stellia and radiance.

Noire is good yeah. Its only drawback is the lack of contrast and impact, but its tuning and detail are solid. Weirdly, as much as the Aeon X closed is not as detailed as the Noire, I can see a reason to even prefer its tuning, and I know some folks who do.

Good to hear. Because I just bought Sundaras as my first planars and was having a bit of a buyer’s remorse. I’ve seen your impressions and was wondering, with the current sale going on (closed ones are sold out right now) these Aeon X variations are better deal. Maybe I’ll get Closed Xs in the future assuming they would be well worth the price.

Btw. everyone praises Sundara but your review was the one mostly convinced me

Yeah, honestly the only thing the Sundara could use is a bass shelf, but that’s super easy to EQ in, or get one of those iFi amps that has the bass boost function.

From my first impression, I totally agree with that. Especially after using Meze 99 Noirs with some bass heavy electronic music. They hit different. Though I reserve my comments until I get my new dac and amp. 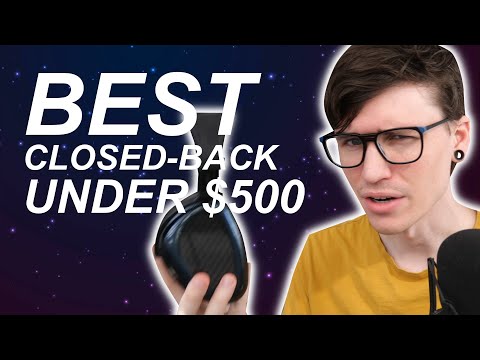 The price on drop for this is tempting, but less resolving ability than even a Sundara is a hard pill to swallow. It seems it’s hard to get a truly good value closed back that competes evenly technical wise with an open back.

It requires a heck of a lot of current. My theory is that the reports of “lacking dynamics” is from anaemic amps.

Tonality completely slaps the Sundara though

That can’t be.
I bought the closed version from Dan Clark and couldn’t be more satisfied.
I have had the one connected to Singxer Sda 2,Little Dot 1+,Feliks Euforia,Nuprime hi dac Dongel.
And except for the Euforia where it unfortunately distorts at listening volume, the rest is perfectly fine.
The Nuprime Hi Dac dongel lacks a touch of power and minimal detail.
Which I put down to a lack of power, but is otherwise absolutely audible with it.
If you are mobile, you do without a lot anyway.

But the rest is otherwise tip top.
It runs distortion-free on the Little Dot 1+ and delivers very good detail reproduction.
On the Singxer Dac, the best stage representation.
The headphones are very good. If you need an amplifier that can handle low-ohm headphones and some power, then they are definitely worth the money.

With solid state amps you should make sure that it can drive low ohm headphones and has a lot of power at 32 ohm.
But with solid state you have very little to no influence to get something out of it like with hybrid amps where you could play with the tubes.

I’m trying to tick off HPs that won’t be advisable to buy in my circumstances, and the Aeon Closed X are attractive given they are closed backs.

But I only have access to a fiio btr5, and I don’t really want to be tied to a desktop amp for good sound out of my HPs. I might buy one later on but prefer a portable set.

So will these HPs drive fine from the balanced output of the btr5? Or should I look elsewhere?

They will drive and to decent volume but not an ideal match.
I can strongly recommend the xDuoo XD-05 plus as a portable amp for the Aeon’s.

Hello,
Roughly 300 mw at the symmetrical output could come out.
Should definitely be enough with the fiio btr5.
However, I think it might be too sharp sonically.
That worries me more.
In the worst case, you would have to go to the black felt inserts should this happen.
Or the white one with 2 notches.

That would be my rough assessment without having heard the fiio btr5. so it doesn’t necessarily have to sound sharp.
It’s always a question of personal taste.

For now, I don’t have the budget to buy new dac/amps or the like, so I’m looking for cans that will be enjoyable with what I have. And then later on I can upgrade to something like the xduoo or even buy a desktop amp.

Currently torn between the aeon closed x and the focal elegia, the elegia are easier to drive so perhaps that is a big enough advantage.

Are the closed x simply better the the elegia? Has someone tried both, and can weigh in on which of these perform better for rock, metal, and other instrument heavy genres?

Yeah I guess I’ll look elsewhere then.
Thanks.