I was browsing linsoul when I saw this:

Balanced Headphone Amplifier F.Audio AM01 is a headphone amplifier with balanced output/input and other options. Designed with XLR/4.4mm balanced port while RCA/3.5mm/6.35mm port are also available for multiple types of devices to meet different... 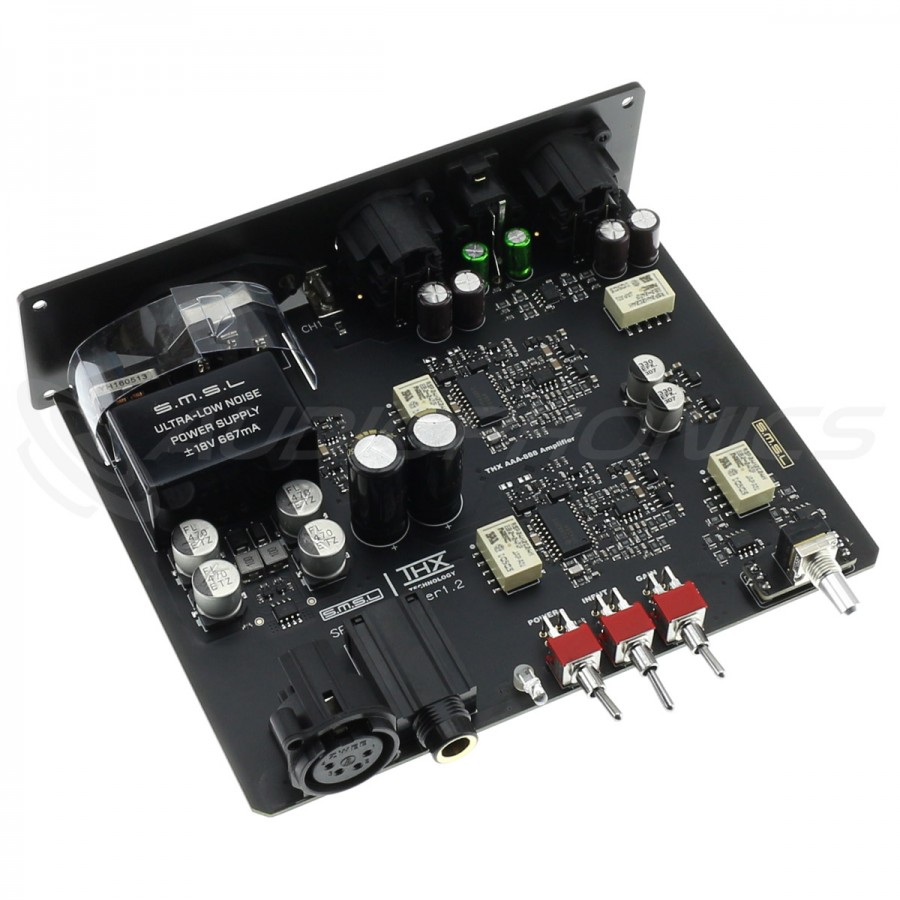 Yeah, I was looking at the circuit layout, even tho I know next to nothing about it, and thought it looked awfully familiar.
I’m tempted to buy it if only for the 4.4 connector.

Considering “nobody” needs 6 watts… it seems to be an excellent deal.
I don’t know how much they’re “copying” THX tech and how much they can get sued, lol. Might be a good idea to buy one fast.

I read they actually have the same output. At 16 it is 6w and at 32 it is 3w. I have been reading in to the amplifier and actually ordered one too. It will be coming in early next month according to linsoul.

At taobao they had some very positive reviews available in chinese. And in a chinese forum it was mentioned that the sp200 and am01 are essentially the same. It supposedly should have the thxAAA chipset too.
According to some over there with more knowledge then I have. The thx chipset does most of the work so sound wise it should be very close to eachother. That is “if” the thx chipset is used as in the smsl sp200.

I read that another person who is active at several sites and does reviews too. Will get one for review soon. Antdroid is his name. So some more information and performance details may be available soon.

A friend of mine has the smsl sp200 so when mine comes in I could compare too.

Wondering if they did the exact same thing with the AM01 or they went “full balanced” anyways.

According to what I read about it it is not a true balanced either.

To what I understood is that in order to do that there should be 4 thx chips needed for that (mono channels they mentioned). The Smsl sp200 and the am01 both have two.

If it’s fully balanced it would have a 4 channel volume pot.
Technically that doesn’t guarantee it is, but if it’s a 2 channel pot it’s not “fully” balanced.

If it’s fully balanced it would have a 4 channel volume pot.

You could do with a single channel potentiometer by building a voltage controlled amplifier.

Essentially, a semi-conductor implementation of a pentode tube

According to what I read about it it is not a true balanced either.

Would have to take a multimeter to it to confirm (damn black PCBs, can’t see a thing…)
I am 80% certain neither is a balanced amplifier for the reason of this Op-Amp having 8 pins (and there only being one of them).

For a balanced circuit, you would need a package with 4 Op-Amps (usually 14-pin chip) in it or two of those 8-pin ones.

You could do with a single channel potentiometer by building a voltage controlled amplifier.

Essentially, a semi-conductor implementation of a pentode tube

Yes you could, you could also do it with a relay based volume control, but in most cases you’ll see either a 2 channel pot or a 4 channel.

I don’t get why they have four headphone jacks on the damn thing. Or why the pentacon jack is so close to the volume knob

It makes you feel like you could plug 4x headphones there at the same time – which you probably should not do.

Also yeah, no 3.5mm out, just pentacon, and nothing next to the volume knob, would look better… and make more sense, lol.

I just posted this in the deals thread, the specification are basically identical to the SP200 (not entirely sure if that is just a copy and paste).

Lol I already said Drop/THX were shooting themselves in the foot if they did not sell the THX One for like 100$ but it’s 200$ on Drop, and now Drop sells this SP200 clone for 200$.

Bonus if there’s problems with the treble (some people on the forums claim the THX treble is too forward and/or harsh), this one has opamps, so you can change that to Burson v5i opamps (etc) to quell the highs.

For the same price you can get an XD-05 dac-amp non-plus, though. Switchable opamps too.

Also yeah, no 3.5mm out, just pentacon, and nothing next to the volume knob, would look better… and make more sense, lol.

There are three socketed op-amps(unless I’m mistaken as to what I’m seeing), and it’s $160 US… While I would be intrigued, something has me leary… Gut feeling, but something has me wanting to see a review first.

Rear 3.5mm too… oh well, so they just put everything there for convenience.

A common feeling in this forum is that THX amps should be ~$100 amps. Maybe someone figured that out and said something like “If you can hook EVERYTHING up to your THX amp at once, then it might actually be worth $160!”

Convenience + opamps + price (+ curiosity about THX) actually makes it interesting for me if it’s well made… but the bar is high because I already got a 100$ JDS Atom.

Eh, for me it’s more I have a XD-05 (though I’m considering what to do with it) and a ZEN… Plus the Schiit Heresy exists (from my understanding, it performs like THX without being THX)