This is the official thread for the Fearless Roland 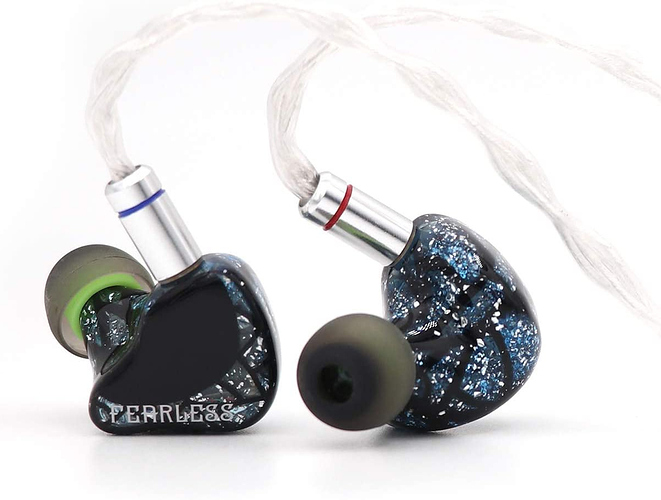 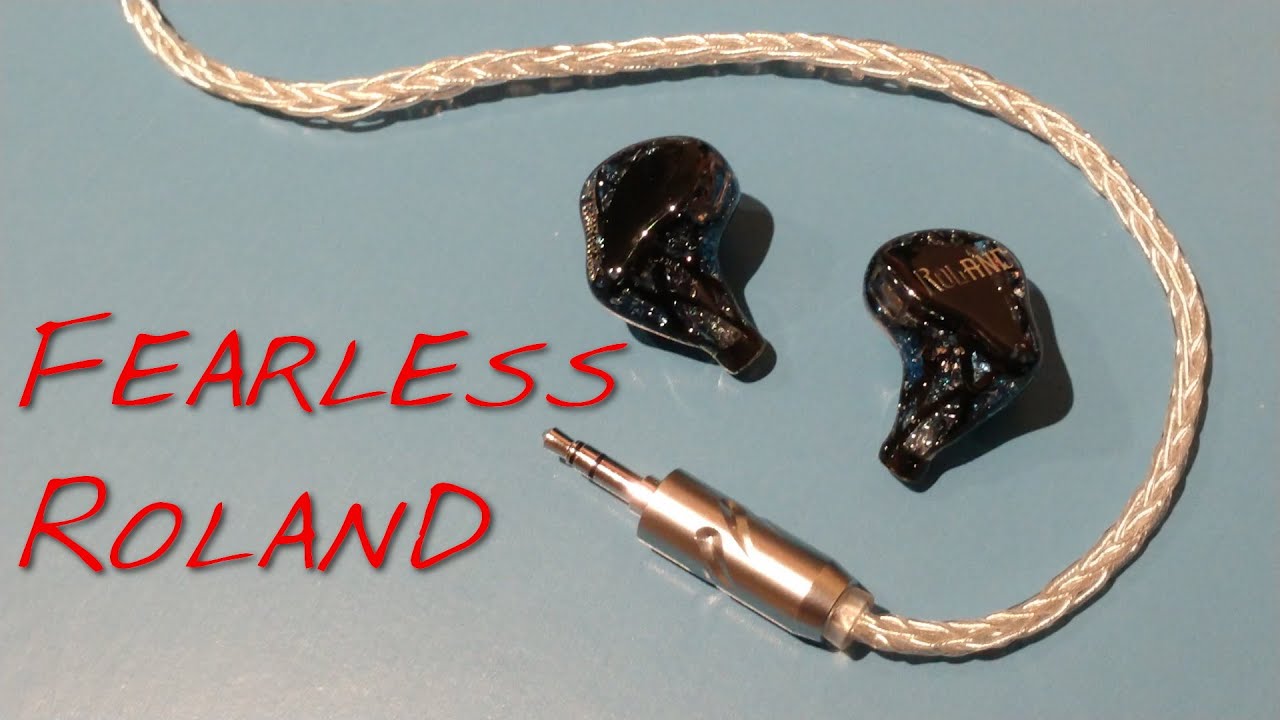 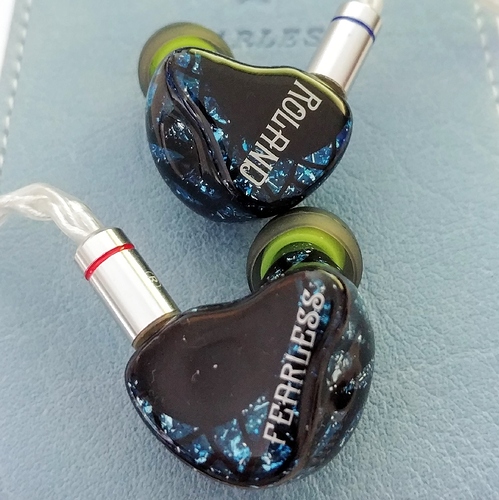 Got these a couple of days ago, really liking them so far. Going use them extensively for the next couple of weeks before I give an actual review.

Ridiculous amounts of detail compared to my old Shure 535 IEMs.

Love the DD for bass aswell.

Just curious to see if anybody else with more experience with other IEMs has picked some up yet and what they think.

Those are the big sexy, I think outside of my budget though sadly lol. Do the estats help the highs as well on these?

On my wishlist for sure. Hoping for 11.11 sales can take the price down perhaps bit closer too 500 us.

Is this just a Roland for 500 bucks less?

I guess along with the Shuoer EJ07?

How do the roland compare to the 6rui?

How do the roland compare to the messi?lol,couldn’t help it

I wish I knew lol, it looks very similar but who knows

At least the housing looks different.

Oh, I mean the Mofaset Trio vs Roland; the Trio has a more protruding… thing (see the one on the left)

Yeah the… thing… going into your ear lol, well I just got an email for it and just thought of the roland and wondered if anyone had heard it or heard anything about it. Didn’t know if it would become a blon situation or not lol

I have the Roland and the EJ07 and they are very different.
The Roland’s dynamic driver is put into chains compared to the EJ07 and other Tribrids i heard so far.
When it comes to these driver confics it highly depends on how the crossover was setup and how the drivers got tuned.

I’m not trying to bash the roland, they are an awesome set and if you listen to a lot of acoustic or classical stuff they are god tier but…
i honestly wouldn’t recommend the roland at this point unless you’re a fearless fan or really like a super neutral tune and don’t want to EQ bass out.
Especially compared to the Shuoer EJ07, after the bass frequenzies they sound pretty much identical, with the same gorgeous amount of detail, airy treble and sound stage.
Bass is stronger and has more presence without any tuning via EQ on the EJ07

The EJ07 and the Roland can sound virtual identical if you play around with the first 3 ish sliders on your EQ, but the EJ07 is (a lot) cheaper - the money could be well spent on a replacement cable because the stock cables on both sets are sorta meh.
-skip this part, it’s just me b*tching about the stock cables-
EJ07 is janky af and has a ton of microphonics since it’s a paracord sleeve and i never got a nice cable from fearless, all 5 or so i got sofar were janky, the weave also was really loose and uneven, 1 cable died after a month of use (connection on the left side got wonky - seems like the 2 pins didn’t manage to make a proper connection anymore) and the cable i got with my roland came with outwards bent pins on the right side (one of those pins also is slightly longer than the other one).

Thank you for comparing your experience with these two. Have you heard the Fearless S8F? If so, how would you compare it to the EJ07?

i didn’t hear the s8f in ages, i gave mine away to a friend in early September, but based on memories the s8f is an incredible set, very nicely done bass maybe a bit more pronounced than on the ej07.
Mids were very natural and very detailed and even with the slight V of the s8f i never had the feeling of missing out / never had the feeling of vocals or so being lost in the mix unless it was intended, the ej07 sound very close, a bit better imo. I can’t really put my finger on it but the ej07 sound more effortless.
Every now and then i had issues with treble in the s8f, it was ever so slightly bright and touchy, absolutely no dealbreaker tho since it was perfectly fine and extremely detailed and lively in 99% of the tracks.
The ej07, or any other EST i heard sofar, does it even better tho. they again sound absolutely effortless while delivering the best highs i ever heard, even getting close to the lvl of detail of highish end desktop/proper electrostatic headphones. the ej07 have all the sparkle, ‘airyness’ and detail I could ask for. And all of that being done without getting touchy - i didn’t listen to my whole library with the ej07/roland/other ests yet so that may change even tho i doubt it.

If you are looking at the s8f you might also want to look at their ‘smaller’ brother the s6 rui (also based on oldish memories) but they sound pretty much identical, s8f is just a very slight bit more detailed in the treble. I don’t know the current prices of them, but if its more than 50 ish the s6r could be a really good pick…
… and you could use the ‘saved’ cash on a replacement cable (my opinion cuz i had not much good times with stock fearless cables shrug) 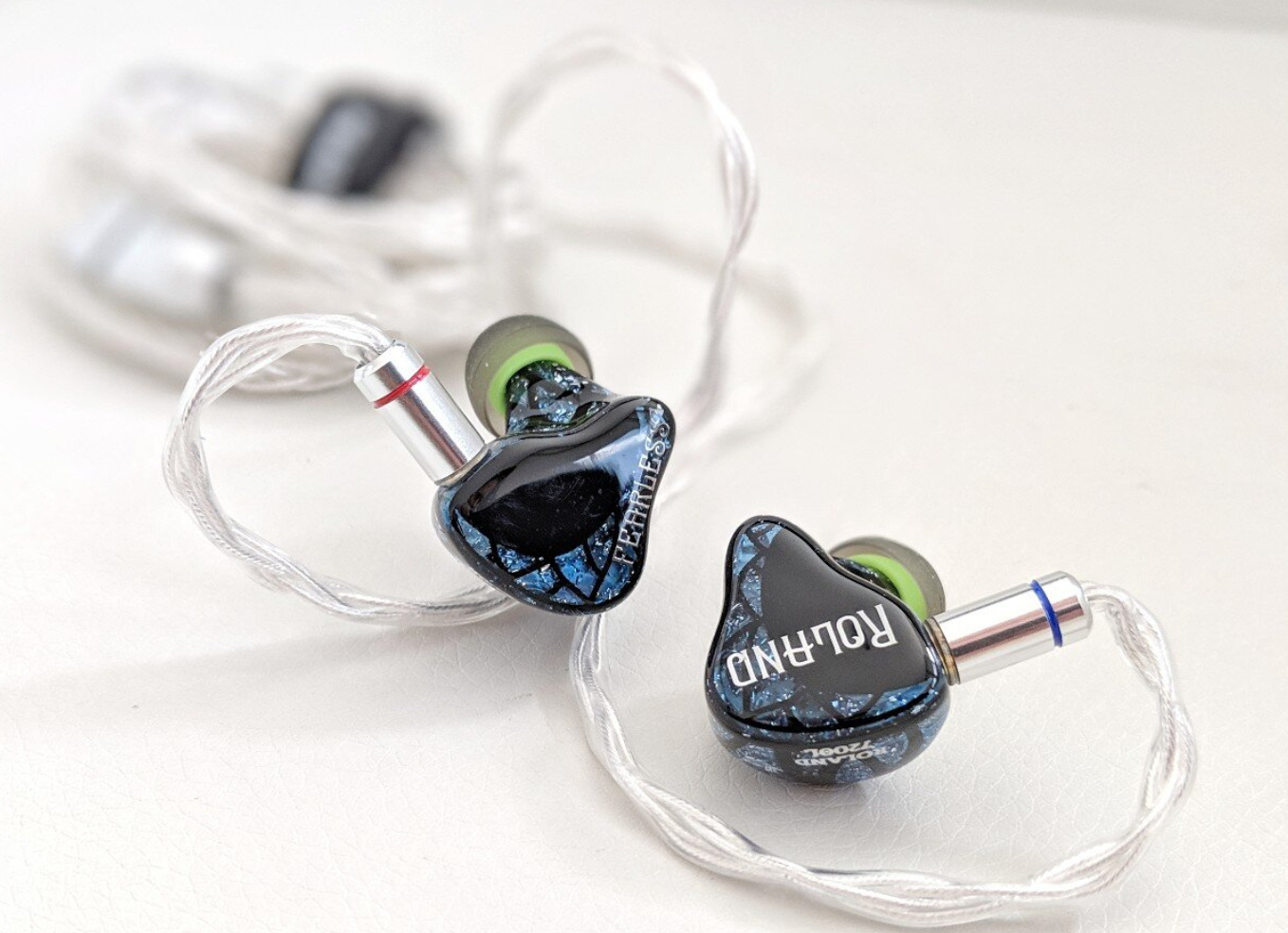 The Fearless Audio Roland earphones blew me away in this review. The are one of the best sounding earphones I have tested to date and they compete with top of the line end game IEM’s from other manufacturers but at a fraction of the price.

Roland, ej07 or Andromeda?
(In case you have heard the Andromeda)

I didn’t hear the normal andromeda in well over a year, i only ever borrowed a friend’s pair because i don’t really liked them too much, they are too boring for me.
However, i have, and really enjoy the special edition gold. As far as i remember, the andromeda gold is very close to the original, just with more emphasis on the low end.

If you enjoy a very neutral and balanced sound, the roland or the andromeda will be better pics for you.
My memory about the original andromeda sound are quite vague and i don’t really want to do a straight/proper ‘comparison’ between the two. But i have the same issues with the rolands as i had with the andromedas.
However, if i would have to pick between these two I personally would pic the Andromeda over the Roland, because the IEM itself is smaller and thus more comfortable and you get MUCH better accessories with them.

The EJ07 are to the Roland what the Andromeda Gold are to their Green sibling in my opinion.
Overall very very similar Sound after the bass region. the bass on the ej07 just kicks ass and it can sound almost like a proper stereo subwoofer setup if you want to up the lows a bit. However, the quality control of them is wonky, at least it was in the early pairs, the crossover boards either were left completely loose or got loose in shipping - i sent my pair back to linsoul for repair now. Linsoul also offered a $100,- discount instead of repair/replacement but i declined that as the inner shell of one of earpieces already got damaged from the banging crossover board.

If it comes down to picking a clear winner among these three… I’d honestly say, skip them.
Don’t get me wrong, if you’re willing to possibly deal with sending your iems back (i recommend linsoul as retailer here, they got back to me within hours during the lunar new year week) for repair the EJ07 sound absolutely fantastic, they have thr right amount of kick in the low end and seemingly endless potential to up the bass (at least the 2 pairs i heard had no issues with GEQing the lowest 3 sliders all the way ro the top in poweramp) and all that without creeping into anything else.
The midrange on Roland and EJ07 sound extremely natural and both have a very satisfying soundstage to them.
Top end extension is effortless and gives me all the sparkle I’m looking for.
But if it must be one of these three, I’d give the crown to the EJ07, even with the QC issues, janky cable and sorta ghetto feeling silicone tips.

quick edit:
imma just name drop the ThieAudio Voyager 13 here, incase you’re looking for a set for 1 grand.
Tuning wise it’s almost an analog of the 2.2-2.5k$ QDC anole VX and according to bggar it sounds as good, if not better than those anole vx.

Thank you for a very thorough review/comment, I really appriciate it.

Yes I am looking for a pair of IEM’s in the $1K range and the Adromeda have been the talk of the town in this range, for +1 year, so they are natural to include. But I am aware of the hiss and the not so prominent low end, so instead of just buying them, I am out to search for better options.
But I REALLY like the build quality of the CA IEM’s and I know that poor quality and ditto accessories is a no-go for me; the quality HAS to follow a price tag of $1K.

I am very seduced by the Andromeda Gold, but also very turned off by the price; I have found one supplier with a pair (everyone else is out), but $1399 is too much.

The 2 Linsoul IEM’s are close, but I want quality, so they are rapidly moving out of my range of possible options.

Apart from the Andromeda Gold I can’t mention a TOTL IEM I really want; I think the temporary solution would be the CA Polaris 2nd Gen. THEY have bass and the same build quality as the Gold edt. And then I am okay and can wait until the TOTL IEM appears.

I need them for when going on a plane. I have plenty of IEM’s, but I need that one solid pair that looks and sound the part. I have some CIEM’s from 64Audio, but I need 2 pairs that can fit the role. And I don’t want to go down the ANC HP road with Bose or Sony, then I would rather use some of my normal closed back HP.