I didn’t see a thread for this amp in particular so thought that I would start one but if a thread already exists please let me know so I can move over to that one.

Just wanted to make a post so that we can discuss the amplifier and post reviews for any future owners of the amp.

I placed an order yesterday right after it was released and was informed that it will ship in about 3 weeks. 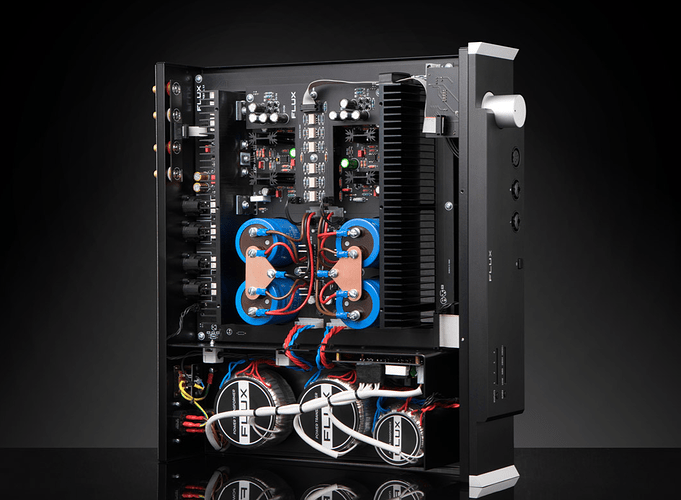 If you do plan on purchasing, please note that shipping and the PayPal fee is expensive (there is however a bank transfer option which avoids the PayPal fee).

The view inside is impressive. Very interesting to compare with the FA-10 PRO. The power output is the same but the cost difference is exactly three times.

Definitely, did you order a Volot too? I actually almost purchased an FA-10 Pro myself a couple of weeks ago. I have a 1266 on order and based on my emails with Vitaliy at FLA it seemed that the FA-10 Pro would have the most linear response and fit my tastes best. However I had heard the Volot would be coming out soon so I’m glad I waited for that instead.

One thing that’s been discussed on the Head-Fi Volot thread is that the amp is not fully balanced. However some have reached out to FLA and it sounds like if it receives a balanced signal it will convert it in a way that doesn’t degrade the balanced signal. kind of reminds me of what the Schiit Ragnarok does. I will be using the Volot with a Denafrips Pontus II which is a fully balanced dac so I am interested to test this and see how the Volot works with a balanced dac.

Lastly, my current amp is the FA-12 so I’m curious to see how it compares to the Volot. Obviously it’s not as close specs wise to the Volot like your FA-10 Pro but I wonder if the Volot will have a similar tonality to the FA-12 but with better technicalities. I look forward to testing all of these things once the amp arrives.

I did not order the Volot. I just have nowhere to put such a huge amp, it was clearly designed for installation in a rack. As for the balanced topology, almost all top-end powerful amp are unbalanced. If the balanced input is correctly implemented, then you definitely shouldn’t worry.

My Volot is shipping. No estimated delivery date yet but based on the time it took to deliver my FA-12, my guess would be about a week to ship to the east coast of the US.

Also FLA is sending out a complementary remote to all those that pre-ordered the Volot. It will be shipped separately from the amplifier.

Volot is here. Impressions with AB-1266 Phi TC to follow 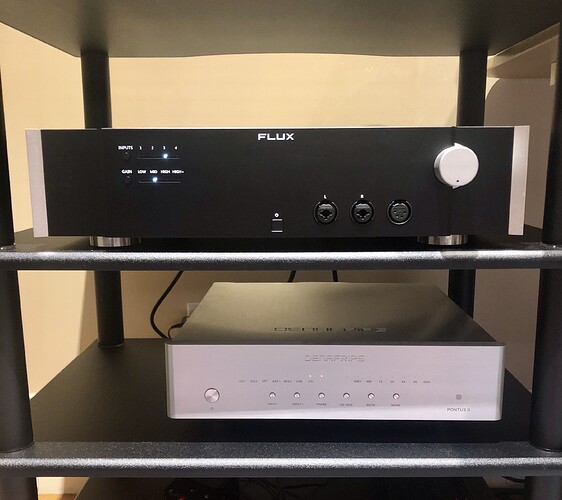 Hmmm… you’re going to have to upgrade that Pontus, all of the sudden it’s your weakest link. lol

Congrats on the Volot, I was taking a look at it a few days ago, it’s impressive looking and I hope is sounds just as impressive when you finally plug the 1266s to it.

I only recently got the Pontus as an upgrade to the ADI-2 but yes it is the weakest link or least expensive component in my chain. I think at some point I will get a Holo May KTE or something similar in performance to that.

I’ve had a not so slow and steady year so it’s time for me to pause and enjoy what I have. Started the year with the arrival of the Flux FA-12 and shortly after the HD800S. A couple months later I ordered the Pontus and shortly after that the 1266 and Volot. I’ve taken a big step up in sound quality this year but also a big hit to my wallet but I like what I’m hearing so it’s worth it to me.

Here are some impressions of the amp thus far. I also posted these to the head-fi Volot thread in case you end up seeing them in multiple places:

Positive impressions so far driving the 1266 out of the Volot. Bass sounds fuller, more textured, and has authority to it. Vocals have more presence and don’t feel so distant as they did at times on the FA-12. It feels like music sounds more natural and I get more of a feeling like I’m just hearing the music and not listening to headphones. I guess this means that imaging and soundstage is a bit better too. Overall I would say that the Volot sounds natural. The tonality is similar to the FA-12 although I think the FA-12 had a bit more treble energy which was nice on some tracks. The Volot is to my ears an improvement over the FA-12 although it’s definitely not a 3x improvement given the price difference. Maybe 1.5x or so.

The buttons don’t feel as nice as the switches on the FA-12 however I like the volume control better on the Volot than the FA-12. One thing I noticed is that at the beginning of the volume knob there is about 10 degrees of movement before the relays start clicking and the same at the end. I don’t use the volume in that range but just something I noticed when I was playing with the knob before I plugged headphones in. The amp gets much hotter than the FA-12 so I wouldn’t stack anything on top.

Going forward I want to try my other headphones and also test the single ended connection between the Pontus and Volot to see if there’s any noticeable difference with that. I’m guessing my impressions will change over time especially once I go back to the FA-12 and see what I think of that after adjusting to the Volot.

I'm an idiot.... 1st June not July 😒 regards Ok, then I can see the disappointment. But they stated from the beginning there would have been limited quantities. Don't know what these rare parts are, guess it has to do with the known global chip...

Had a problem with the Volot today unfortunately. I left it on from 10 am to 4 pm and then I smelled smoke. Turns out one of the transformers started smoking and melted a bit. I reached out to FLA and they are working on a solution. Not sure what...

I’ll have to dig up some of the old comments from engineers on the asr thread. They had some protection/design concerns on the FA-10 which I wonder if they translate to the Volot.

I was the one with the melted transformer

. Guess that’s one of the downsides of ordering something right when it comes out but it seems like a strange thing to happen as I’m sure others would leave the amp on without headphones connected. Also with regards to the delays and part shortages I heard from Flux over the weekend that they would be getting in new parts at the end of the week so hopefully more Volots will be sent out soon.

Anyways I have a replacement on the way so hopefully that works out. If for some reason it doesn’t then I’ll probably purchase a Formula S instead.

Here is a thread with some concerns around the Fa-12 not being properly grounded:

This is a review and detailed measurements of the FLUX FA-12 balanced headphone amplifier. It was kindly sent in for testing by a member and costs US $749 from the company direct. I must say, this is a luxurious and substantial enclosure for a...

Thanks I’ll check it out. One thing about the Volot is that there is a ground switch on the back. I asked Flux about this after I ran into issues with mine and this is what they said: “As for the ground switch. When on, the amplifier chassis is connected to a common ground in the power distribution. To avoid a ground loop, it is recommended to leave this switch in the off state (the amplifier uses double insulation and can be used without grounding), while the DAC should preferably be grounded.” As far as I know the Volot is the only amp with this switch though