For bookshelf speakers, what are the pros / cons of two way vs three way?

having something dedicated for your just your highs, mids and lows makes the most sense.

what reasons / situations would you want one over the other?

assuming three way is generally better than two way…can a two way ever outperform a three way of equivalent price and materials?

The very generalized (meaning it depends on the overall design) rule of thumb is that a 2 way will have better imaging, staging and, disappearing than a 3 way due to the smaller baffle and therefore diffraction. A 2 way also has less crossover components so there should be less phase issues and power waste.

Of course, as with everything else, there’s no free lunch. Only tradeoffs and personal preference.

As from a monitor stand point.
Id say its more question of the space/room, listening distance and SPL.
What is the the general design of the that speaker.
Because good loud speaker manufacturers have figured out all the nitty gritty. In a good or brilliant way. You have well performing and fully finished products, ready to be used. Timing and baffles and all that small nonsense.
You basically can go 2-way or 3-way with great end sound. Different sounding sound of course and like Jedi mentioned. “depends on the overall design”. What it has been designed to do and how to perform.

Sounds might have more overall clearness (separate tweeter and midrange) and more bass with better precision as in 3-way. They might have bit “more” bass and go lower.
You could have “big” sized 2-way with roughly same sized 3-way with near the same performance but if you beef up the 3-way one step. It’s bit different again.

Still. If you find a 2-way speaker / monitor, sound that you like.
Then you could try same manufactures 3-way design in the same range or purpose and hear what you like more. Testing and hearing still is and will be important.

Here is how the G helps you in the selection.
https://www.genelec.com/correct-monitors

No one speaker is going to do it all, for each advantage you can point to a disadvantage. For each problem you solve by choosing one type, you’ll introduce another.

You’ll find multi thousand dollar examples of full range, dual and three way speakers. I would encourage you to choose a speaker based on your musical preferences first and then start worrying about speaker design. The cabinet can have a much bigger influence on a speaker than the number of drivers or the types of crossovers. So don’t make it more complcated than it needs to be.

hey db…this was more a question of interest to learn about, and hopefully generation some interesting conversation where others that follow along learn new things too.

@A_Jedi when you say smaller baffle, that’s on the inside of the speaker housing, or a part of the speaker / driver itself? how would you define ‘disappearing?’ would speed be a better word?

and I do get how KISS could win out with 2 way vs 3 way on the complexity of the crossovers.

aside from cleanness and the potential for more bass from a three way, what else does a three way hold over a two way system?

Have nothing to add other than should the question be which design can produce dynamic range and would like a book to sound like there is a 10in sub stuffed in the cabinet.

talking with M0N about bookshelves that leave nothing to the imagine even at low volume, recommended the Byrston Mini A or Mini T if I could swing their price.

ELAC reference are getting positive reviews on the youtube curcuit. 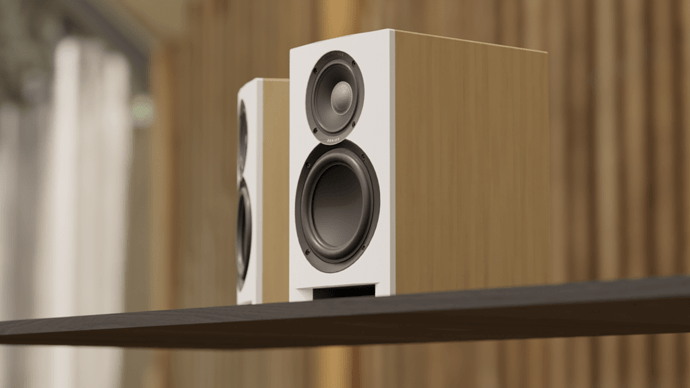 Why stop so soon? 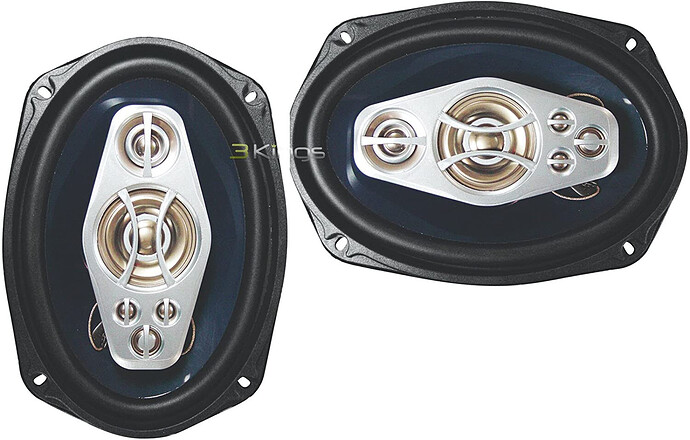 those are car speakers, no?

no doubt they can be successfully adapted for home use?

One can only hope and dream.

what else does a three way hold over a two way system?

The primary reason a speaker designer chooses three drivers instead of two is that you can have one drive that does low well, you have a mid driver that does mids well and you have a tweeter that does highs well. Potentially come out ahead of the game.

This however introduces more complexity in the crossover, more cost and if not placed well can lead to a lot of out vertical or horizontal roll off.

In theory the ideal would be to have only one speaker and no cross over. Check out speakers by a German manufacturer call Voxativ. They’re wild, wildly expensive but they take that ideal and try to chase it for all its worth.

The drawback to them is that it is VERY difficult to create on driver that does the full spectrum well. So even the small one driver Voxitive monitors are like $5k.

It really is just a series of tradeoffs based on cabinet size, drivers available, cost and then what is the sonic goal.

Actually in my house I have what amounts to almost a single speaker full range driver in Zu speakers. I have a three way monitor in a pair of BMR Philharmonics and my desktop monitors are Dynaudio, so 1, 2 and 3 drivers.

when you say smaller baffle, that’s on the inside of the speaker housing, or a part of the speaker / driver itself? how would you define ‘disappearing?’ would speed be a better word?

The “baffle” is the front of the cabinet. The part that the drivers sit in.

“Disappearing” is generally defined as sounds coming from an imaginary soundstage rather than the speaker. If you close your eyes and point to the sounds and what you’re pointing to is the speaker, it hasn’t disappeared. If it’s done really well, you don’t even need to close your eyes. The soundstage goes beyond the boundaries of the speakers and it’s as if the music didn’t originate from them.

The larger the baffle, the more diffraction. The more diffraction, the more loss of fidelity and, the easier it is to localize the speaker. Diffraction is when the sound wave wraps from the driver cone back and bounces off the baffle and comes forward towards you (sort of like an echo of the original wave). It looks like this (this image splits what I call diffraction into two - reflection and diffraction): 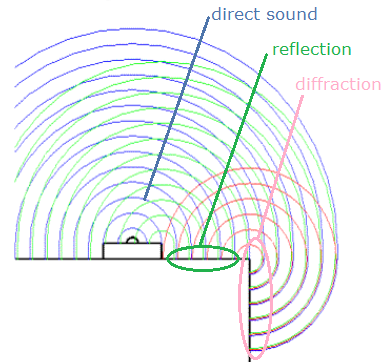 The main advantage of a 3 (or more) way speaker is that all the drivers play a narrower frequency band. This takes a lot of stress off them and reduces distortion. You get a dedicated driver for bass, midrange and, tweeter.

Speakers are not like cans where a single driver can handle the entire spectrum. Mainly because to reproduce bass frequencies in a room vs the tiny space between the headphone and your ear, you need to move a lot of air. If you put your headphones in the middle of the room, you’ll hear all the highs, most of the mids and, none of the bass - the driver simply can’t move enough air.

So, to move a lot of air, you need a big driver. Big drivers are heavy and therefore can’t move fast enough to play high frequencies. So you need more drivers.

Compromises are all encompassing. Each company and/or their speaker designer(s) have their own idea of what attributes are most important to them and what compromises they’re willing to make.

As mentioned above, find a speaker that matches your preferences (just like with a headphone) and don’t worry about the rest. It’s like being in love with a dynamic headphone but worrying that it’s not a planar - there’s no point.

Why stop so soon?

This is an abomination that shouldn’t exist.

So a well engineered 3-way is the way to go, sprinkle some DSP and active subwoofer to bring out the flavor ? 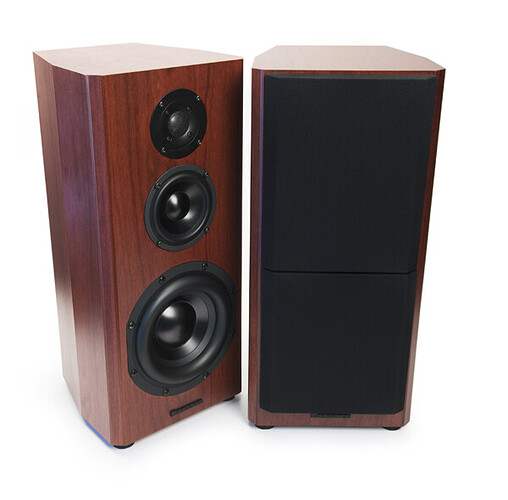 What about a 2-way with add on super tweeter DSP and subwoofer ? 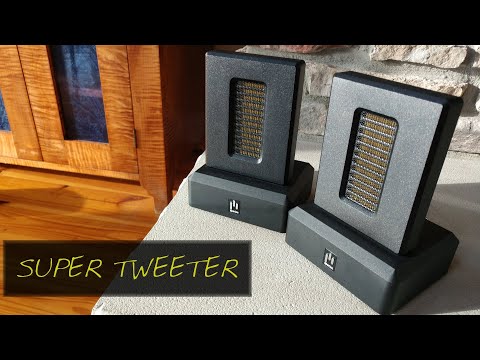 Or am i missing the point and slapping 24in rims on a BMW ?

What about a 2-way with add on super tweeter DSP and subwoofer ?

If you buy a piece of crap speaker that doesn’t go to 20 Khz sure. Otherwise no.

Would a ported sub (S) pair well to cope with any frequency below its range you throw at the monitors.

Don’t worry if they’re ported or not. If you want low frequencies, the main thing is large drivers (low frequency reproduction requires moving large volumes of air). Don’t buy a 6" “sub”. That’s not a sub. Go 10" or larger.

So a well engineered 3-way is the way to go, sprinkle some DSP and active subwoofer to bring out the flavor ?

As long as you like how they sound, sure. Like headphones, two well engineered speakers can sound different.

Didnt sit with full attention though zeos review of a add on super tweeter. But wouldnt a 3-way be needed for HI-res recordings that feed signal past the 20khz and from what i gather humans cant hear.

If you going for something like Bryston Mini T speakers or any other more in good realm speakers, i personally would NOT mix super tweeters with them.
They more for the DIY nation listeners and tweakers imo. Horn load everything and so on. lol

Yes, good speakers with a sound you like. DSP to aid and add sub for flavor if needed.