For bookshelf speakers, what are the pros / cons of two way vs three way?

The larger the baffle, the more diffraction. The more diffraction, the more loss of fidelity and, the easier it is to localize the speaker. Diffraction is when the sound wave wraps from the driver cone back and bounces off the baffle and comes forward towards you (sort of like an echo of the original wave). It looks like this (this image splits what I call diffraction into two - reflection and diffraction):

This is a great image posted by @A_Jedi it also is a perfect example of how there’s answer and engineering solutions for every problem, they then negate or lessen an issue but perhaps introduce another issue of their own. 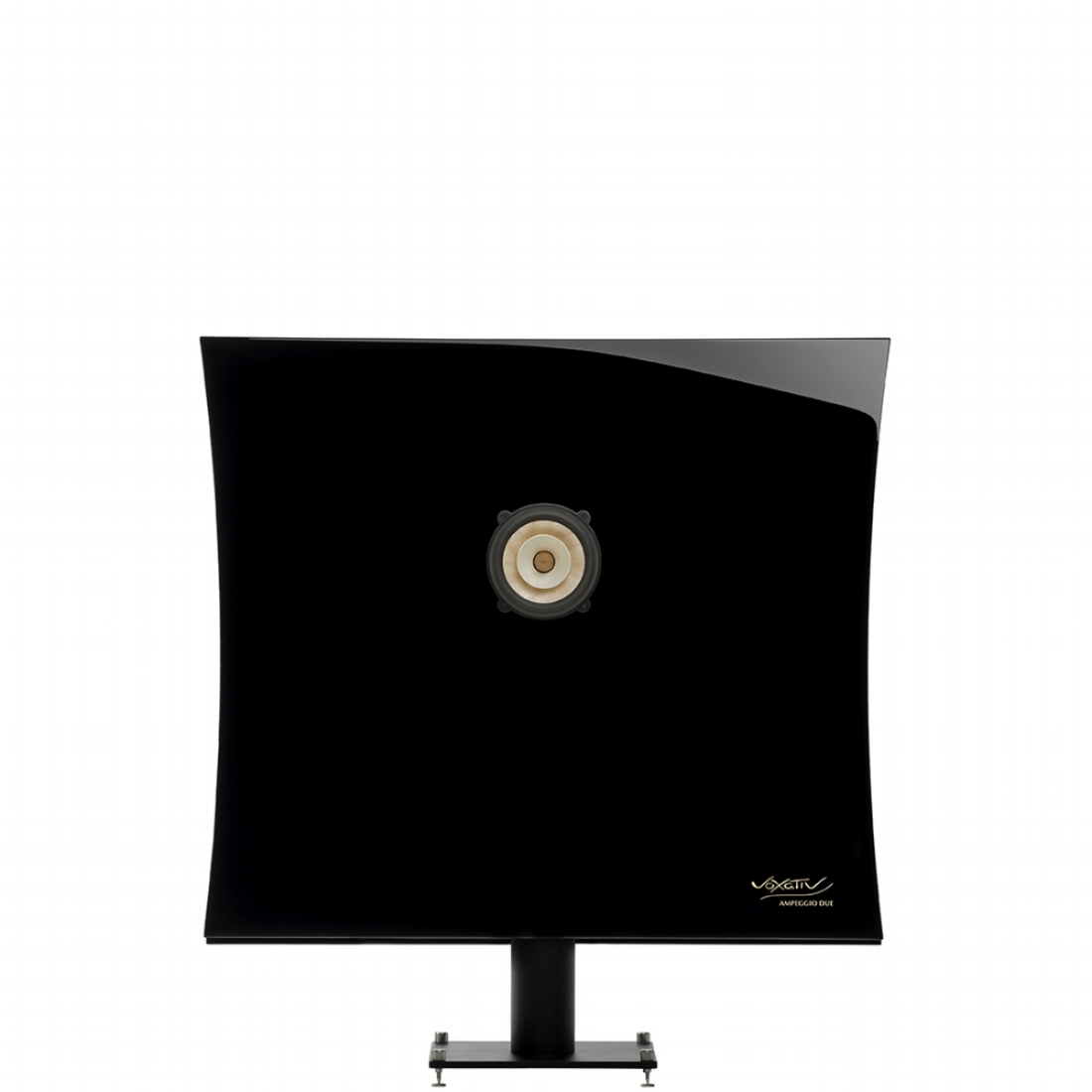 With the super wide front baffle you don’t allow for diffraction to occur anywhere near the listening area. Obviously the baffle can’t go on forever but this technique moves refraction to where it won’t be heard by the listener. Again, for every decision there’s a negative aspect that will impact so decision and will have to be addressed.

Speaker design is the prototypical example of many ways to solve a problem, but you have to decide which problem you want to solve/which is important.

You can point to strengths and weaknesses of all of these designs, the fact there isn’t really an agreement in the price not a consideration range really suggests it’s more about how well implemented something is and what particular aspect you find important.

This is the important part. Very much agree with you as downmarket tends to be bridled by cost first solutions.

A good speaker will play well past 20 KHz. Adding a super tweeter is like adding a racing stripe to a car expecting it to go faster.

As @MadGman mentioned, they’re usually used in the DIY world to augment non-standard designs. The DIY world (and to a much lesser degree the standard hi-fi consumer biz) likes to play with weird, interesting designs just because it’s fun to see what you can get out of them.

Wide baffle designs that sound good are also possible as @db_Cooper mentioned. They are generally used to augment speakers who’s drivers are not large enough to reproduce low frequencies well.

What happens is, as the frequency decreases the waves become larger (wider) so instead if bouncing off the baffle and coming back at you, they wrap around the front baffle. The result at the listening position is a drop in low frequencies. This is known as “baffle step”. If you make the baffle large, those lower frequencies don’t have the opportunity to wrap around - they bounce off the baffle and come forward towards you. It’s basically a low frequency gain. The speaker shown above requires this because the driver is relatively small. It’s small on purpose though - it’s meant to be a single driver speaker for the benefits that gives you - namely eradicating phase issues since there’s no crossover and you’re not dealing with multiple driver acoustic centers. It’s size (relatively small) is dictated by the fact that we’re most sensitive to midrange frequencies so the driver used should be of optimal size to reproduce them.

But again, it’s all a series of tradeoffs. The large baffle creates a lot of reflections which produce smearing and distortion.

My personal philosophy is I want the smallest baffle possible. I want to hear only what the driver has to say - it’s the most capable of reproducing musical information properly. I don’t want to hear the cabinet. The cabinet is a passenger that’s doing it’s own thing.

In another “however”, you may prefer to hear the cabinet. There are plenty of large cabinet, large baffle designs that people enjoy. The distortion they produce gives a more “live” feeling to the presentation (if you go to a live music event, the sounds you hear are not pristine, super clear, super detailed, with a black background).

The large Klipsch speakers and the Davore Audio speakers are examples and of large baffle, “live” cabinet designs. “Live” in this case referring to the fact that they add audible artifacts, not that they sound like live music.

All very interesting stuff. So i guess there isnt a hard fast rule when it comes to what is the better bookshelf design. The variable that does come into play is non instrumental LFE ? 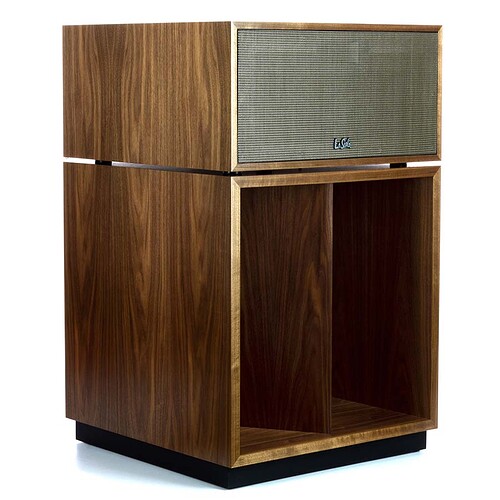 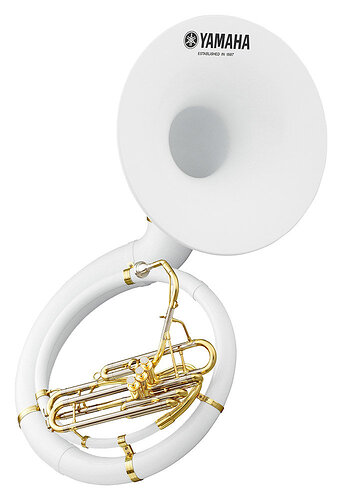 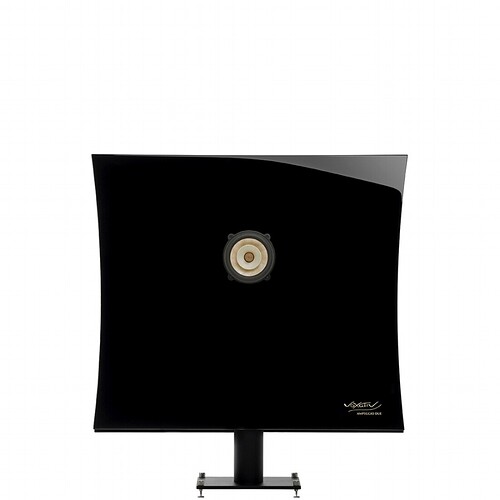 The variable that does come into play is non instrumental LFE ?

Not sure what you mean here. Can you elaborate?

Bookshelfs cant push enough air to reproduce sub-bass low frequency effects, learned that on hifi guides. My cheap $200 10in subs struggle to play daft punk “doing it right” or the opening scene in “edge of tomorrow”.

A good 10" should enough. Unless you want a lot of really low end rumble…like movie theater type stuff. Then get 4 15" subs lol. What kind of sub is it?

Whatever goes on sale. First one was a klipsch R100 . then i got a jbl stage 10in, the $200 one. Picked up a 2nd jbl for symmetry. All my stuff is cheap, the shallow end of the pool is where i play.

Glad you mention 4 15s was thinking adding a pair of 12s for my rear corners in the HT. Whats the skinny on a sub with passive radiators vs a ported one. I use the hometheater 50/50 movies/music.

Circling back to monitors did we cover MTM ? I got 2 pairs of center ch as stereo.
They sound pretty good.

A passive radiator does the exact same thing as port. It has two advantages the biggest of which is that the cabinet required is smaller. The second advantage is that there is no chance of port chuff (port turbulence causing farting type noises). A well designed port should not have this issue.

MTM has two main advantages. First, the speaker efficiency goes up, second, the vertical dispersion pattern is controlled (it’s narrower vertically than a typical speaker). This is useful if you’re concerned about floor or ceiling reflections.

O heck yeah, not jazzed about drilling holes in the ceiling to add acoustical panels. So to confirm by running MTMs the ceiling treatment can be eliminated ?

BTW, the MTM dispersion pattern will narrow in the horizontal plane if you put it on its side for use a center channel.

Perhaps. It will certainly be better than a conventional speaker. But will it completely negate the need for ceiling panels? It’s hard to say. Too many unknown room interactions and whatnot. Something easy you can do is use a rug between yourself and the speakers. Like a really heavy one. Listen. Take away the rug and if you don’t have hard floors, find something large and reflective to put there. Like one of those floor saving office chair pads. Listen again. Is one better than the other? This will give you an answer about the ceiling. Because acoustically, the reflective floor is the same as the ceiling.

For center channel? Nothing wrong with that.

Got hard floors have the 5x7 rug and a sofa in 15x15 enclosed room with a 10x5 nook. Plans are to add more rug and underpads.also thought about using large yoga mats in front of the screen. Another idea was to curtain the nook off and add DYI panels to the walls. Really dont want to hang anything off the ceiling my atmos ch are on wall.

Scratch the yoga mats assume the material should be permeable.

Yoga mats are ok but they’re not quite as dense as a thick rug so they won’t be as effective. But you never know - it’s possible the mats would be all you need. You just gotta play around and see what works best.

The nook may work in your favor by breaking up weird bass modes. Again, you just gotta play around. You can also try hanging a heavy curtain in front of it instead of acoustic panels.

Thinking of using the mats on top of the rugs sorta like this dude but not nearly as awesome. And it would double as a jiujitsu studio. 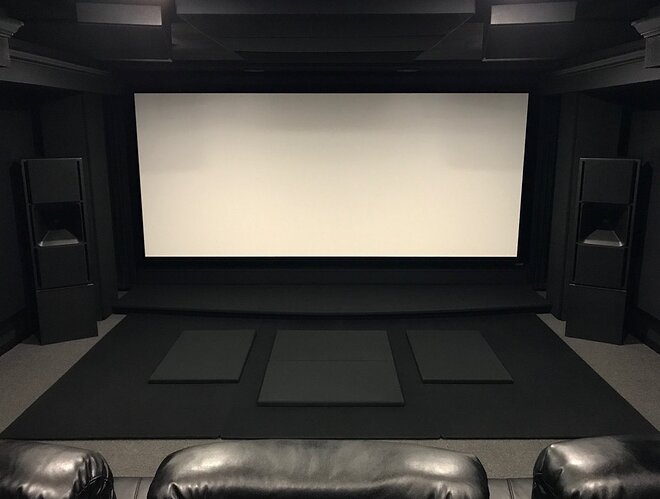 Curtain on all 4 corners was an idea but wasnt sure if it would have a postive effect like panels. Would save me from painting the room. But yes might go with curtain for the nook to get square and to hide the rack

Got the look of zeos old apartment now. Lol