So the Sendy Aiva are the same price now as the HD660s cuz of the drop. Is it worth getting the Sendy or should I get the HD? I game and listen to music a lot. Z praised the Sendy Aiva for the sound quality but what is it that good compared to the HD? Also what about the sound stage and imaging on both, which is better in that area too? Im coming from a M50x and my main complaint is that its a closed back headphone and i wanna get an open back for the better music experience and the more immersive gaming experience.

If you want gaming with great imaging and sound quality, the 660 is a good choice. The aiva is more suited towards music with a v shaped sound, where the 660s is more a warm but still exciting sound. Personally, the 660 might be better for you, but if you know you would really want the close and aggressive sound of the sendys it’s also a good choice

What do you mean by an aggressive sound tho?

So the sendy is more in your face and has a more prominent sound that pushes detail forward that might be a bit much for some. The 660 is more relaxed sounding, but still very detailed.

I guess ill go for the 660s then! Looking forward to experience the difference between them and the M50x, which many seem to dislike for some reason(they are the first pairs that i owned and the best sounding pairs i’ve heard so far, kinda the most expencive too, so i dont have anything to compare it too). Thanks for your help!

Just make sure to get a pair from somewhere with easy returns if you end up not enjoying it, just to be safe. Hope you like them when you get them

The 660 will be a big change in sound signature. also jumping froma narrow sounding closed back to a open back is a gig change so it will take a bit to get used to. I would love it if you kept us posted I love reading people’s impressions

Mon, can you describe the 660’s and the Sendy’s in comparison to the M50x? Remember that Z built his fame and fortune by bashing the M50x as being hyper aggressive and as having a W tuning. If TMS likes the basic M50x sound, how will the 660 and the Sendy seem in comparison.

So, I think the 50x is more harsh then aggressive, and while I do think it is aggressive, I don’t think its aggressive in a good way, as it pushes everything forward, and while that is good for monitoring, it might not be the most pleasing for music. I think the sendy has some authority with it’s sound rather then pushing everything forward. It is able to maintain an aggressive sound without shoving information into your face

The 660 is going to be the headphone that sounds the most open imo. It has a more laid back presentation but still exciting sound, while the sendy actually sounds like a semi open when it is not

I’ve been using a GSX1000 with them and i guess the 7.1 mode increases the sound stage so i kinda know what to expect but not really. I’ll def update you guys but you’ll have to wait a bit as it’ll take at least a month for amazon to ship it to my country…

pretty sure the most noticable difference would be soundstage as he would be going form non existent soundstage to having actual air clarity and proper separation in the music. and vocal clarity which the m50x IMO is not very good at.

the 7.1 is virtual suround sound. virtual suround is less sound stage and more so artificially creating imaging it attempts to place sounds virtually around you. imaging is how headphones places sound like say footsteps and gunfire. which owning the 660’s younger cheaper brother the 58x’s are very good at.

I think a proper 2 channel setup can be much more effective at representing good spatial accuracy then a dsp 7.1 for sure

It sounds like it is pushing everything out, isn’t it increasing or fake increasing the sound stage then?

Didn’t try to test it out tbh. I’ve only used the 7.1 mode for immersion and it seemed ok.

7.1 is at 16bit is fine for gaming, but when you switch to music, you lose a lot of details. You have to go to your audio settings and change your audio to 24bit in order to get “HD” from your GSX1000 to get a better experience.

I find 2.0 on HD setting for the GSX1000 far superior than 7.1 when you have better headphones.

soundstage heavily depends on tuning, backing type and materials used on a headphone. certaing things like the distance bewween your ears and ythe driver, how the factory has tuned the driver and space behind the driver affect soundstage typically open backs have wider soundstages than closed backs due to having all the air in the world behind the driver , a thicker pad can also give you wider soundstage as it increases the space bewtween your ears and the driver. and of course how the company decides to tune the drivers themselves. a good example of a wide sounstaged closed back is the dt 770
compare that with the m50 x it has more space behind the driver due to the shell like cup backing it as well has has thicker pads using the same drivers as already wide sounding headphones like the 880 and 990 just tuned diffrently 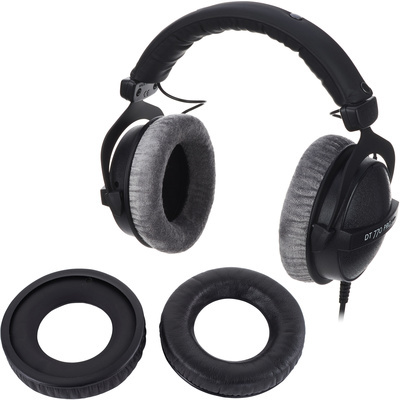 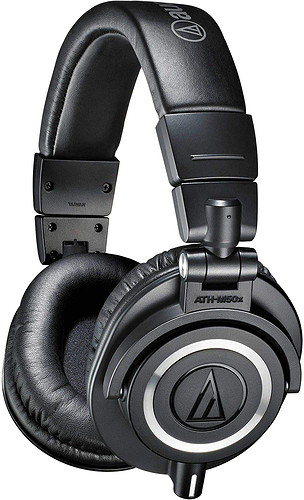