This is the official thread for the Hifiman HE5SE. This thread is for discussion and reviews. 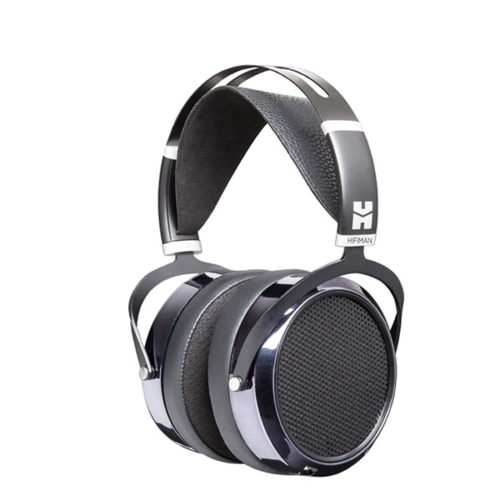 Pretty nice headphone, something to consider if you want a meatier headphone then a sundara, but still have a similar ish sound

meaty? what do you mean, meaty?

The he5se tuning is closer to the he500 and has really good bass and subbass with a more fun v shaped sound. They just sound more full and fun then the sundara in comparison. Also need a fair bit more power then the sundara to achieve this

Are these actually built well? I actually broke a pair of 400i by literally just picking it up. The yoke kinda just snapped in half.

That doesn’t happen with this style of headband anymore. They also fixed the headbands on new 400i with the reinforced plastic headband. I personally find the older suspension strap design on the 400i and 560v1 over the newer style because of the lack of cup rotation/swivel on the old version. I had my headband yoke snap on my he560v1 and hifiman sent over a new one with reinforced yokes, and it hasn’t snapped since lol

ive been eyeing these for a while now to accompany my sundaras. would the topping mx3 be fine for powering these or would i have to take it up a notch in the amp department?

You would have to up the amp for sure imo. Something like a schiit asgard 3 or 789 or monoprice 887 would suffice

??? What are you referring to? Also the cayin iha6 is a good choice too

It appears there’s plenty of reports about these having the sharpest high ever and lackluster, non-extended bass (rolloff at 50). Part of me thinking that these people must have used the wrong amp to drive them, but then again I don’t know for sure, could they be right?

It depends on how you perceive it, but yeah imo it does sound like they aren’t giving it enough juice

Very strange, I think it’s pretty good down to like 50hz where roll off its somewhat noticable. It still has lots of impact as well. I don’t think it digs that deep but the impact is pretty nice

Also with more power the roll off lessens too

By the way my comments above was based on your comments (and others) on that head-fi thread re 5SE. Several people on discord also confirmed very similar experience.
That probably saved me from buying a dud (potentially). They might be very amp-dependent, not only power?

I used test CD’s. My amp is one of the most powerful available. I found the highs to be very rough too. Considering the HE6SE is $699 new (for now), and used HE-500’s run about $375 used, MD Edition XX’s about $350 used, and the Sundara which is a better can as well comes at $399 new. I’d take all of those ahead of the 5SE, which seems open at first, but is actually very sterile with almost no sense of harmonics - this makes the sound picture thin, lacking body and richness which the HE-500 and HEX v2 for instance have in spades.

I bought the 5SE 7 months ago, tried pads (MrSpeakers Ether Angeled helped), cable (the stock is weak like all HFM’s), rear screen off… all to a lot less improvement than other cans I own except the 4XX which similarly doesn’t scale.

I have the HE5LE and have heard the HE-5 - both which are claimed to be what this can is a copy of. Forget that, no technical similarities and both of them have much more and better bass. However they both have piercing difficult highs - tougher to take then the HE5SE, not to say the 5SE treble is that good whidh it is not.

Now I wonder if the units that are being sold are much different than the units that were available at canjam where I first tried them. I also got to try that same unit on amps with around 5-6wpc into 50 ohms and it sounded great.

Also I should say I did have an old he5 and enjoyed it, and while the 5se doesn’t sound the same, I think it’s a more fun alternative to the 560v1 (which I personally prefer over the sundara)

Early reviews claimed that they had wooden cups - never saw or heard about them after the initial release. My ragnarok puts out 10 wpc and runs the very difficult HE6SE with no trouble. I think people that listen to maxi mic’d recordings and EDM can like these. But I listen to music that tends to be well recorded (Maple Shade, Chesky, 4AD, etc.) and I find the HE5SE the 2nd biggest miss I have run into in the world of headphones, with #1 being the MD X00 Mahagony. Now I can only only speak for the unit I bought (sold them since), but my opinion comports closely to the freq response graph. Also the waterfall plots which show ringing in the highs.