This is the official thread for the HiFiMan Susvara. This thread is for discussion and reviews. 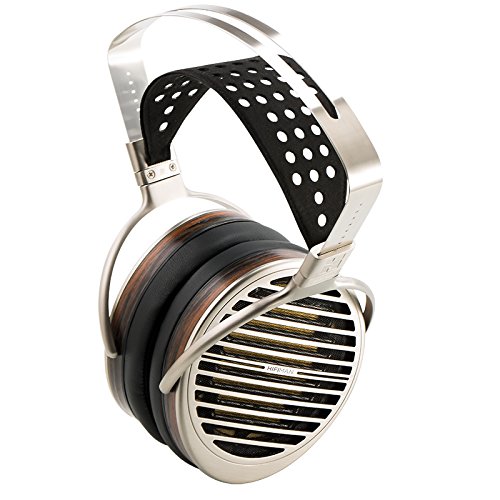 I don’t think anyone here can afford this haha

Would be nice if Mon could weight in on this. I heard this is the new HE6 or HE6se. They require a speaker amp with tones of power to perform well.

They require less power than the he6 but do need a beefy headphone amp. I really enjoyed these when I heard them, they were a more refined sound, worthy of the flagship title. I ended up getting headphones I liked better than these (I also didn’t have the amps I wanted for them yet so I am waiting), so I didn’t pick them up. Also the he6 is a fair bit more fun with more slam and a more fun signature and presentation, where the susvara is more refined and real sounding imo 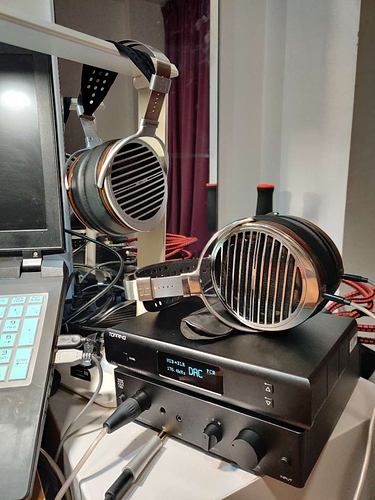 When one just won’t do

Well, I used to travel alot when i had 3 pairs 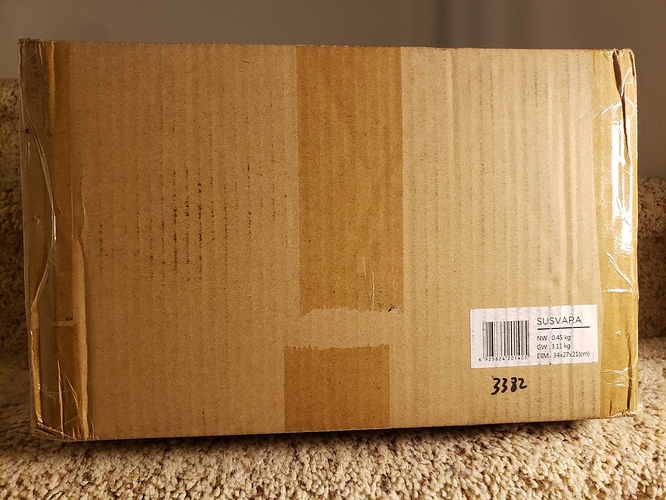 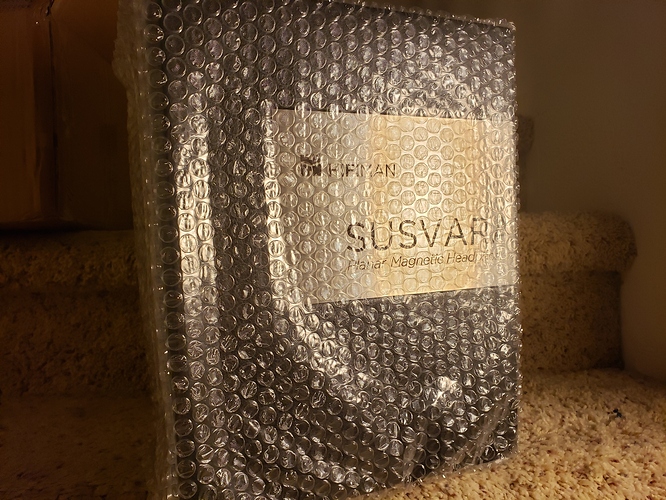 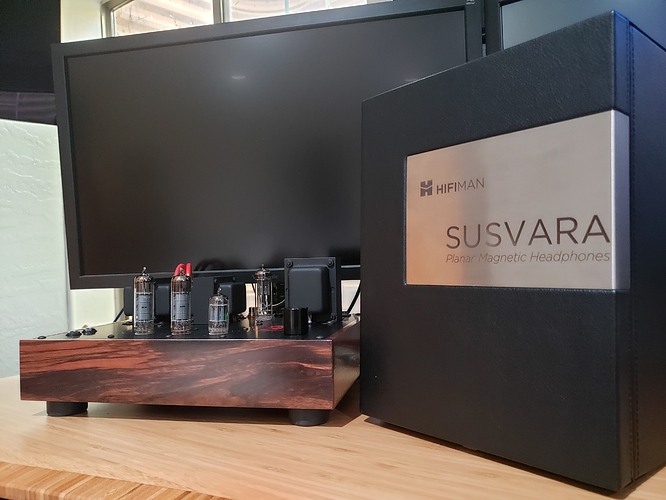 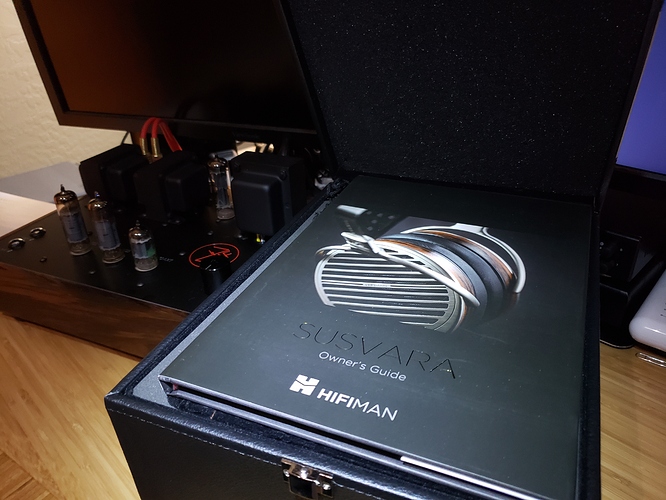 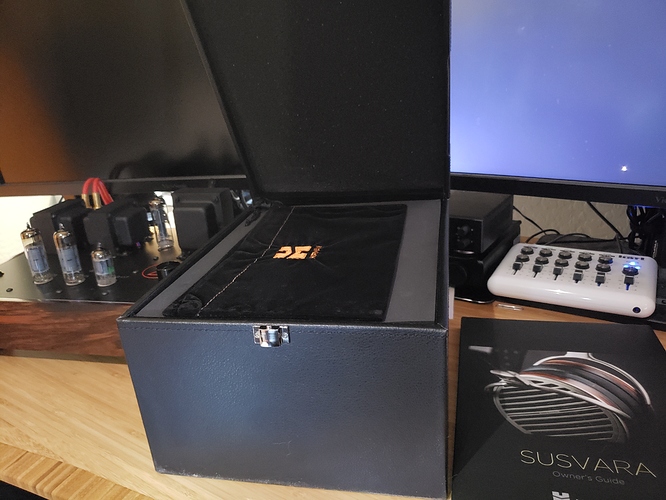 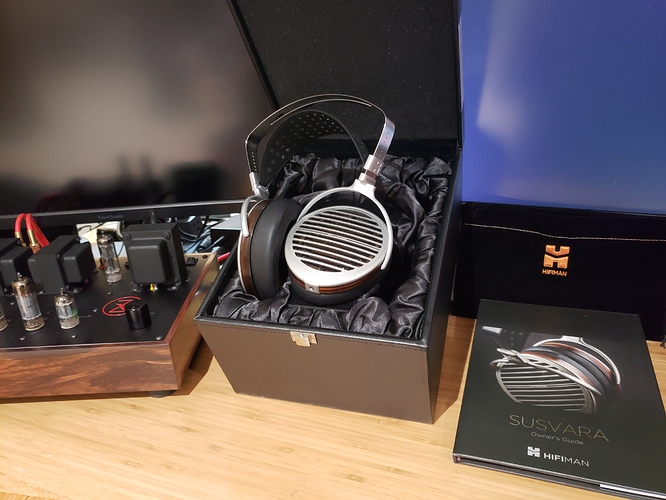 And the inaugural track: 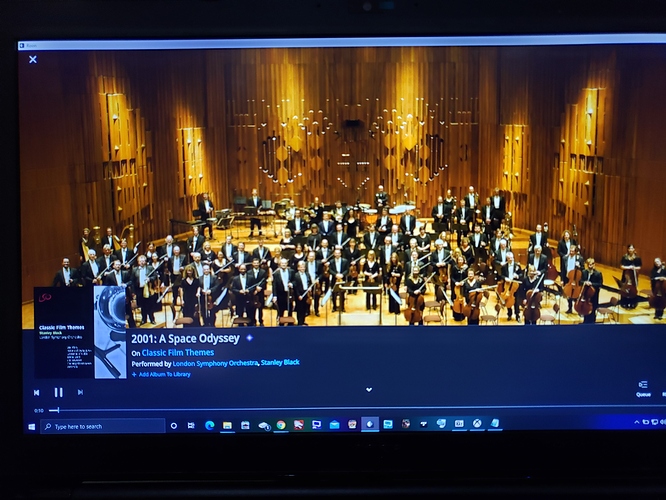 I’ve had my Susvaras for nearly a full week now, and I think I’ve had enough time with them to post some impressions. Short version: these are stunningly good and have ruined other headphones for me.

Let’s start with the elephant in the room: power requirements. Susvara is ~60 ohm nominal impedance, which isn’t so bad, but a miserable 83dB sensitivity. They need current, and a LOT of it. Tales abound of even quite high end SS state amps failing to do them justice, and plenty of people have resorted to speaker amps to power them. I happened upon my Susvaras somewhat by accident, having managed to put a deal together at a price I couldn’t pass up, so I was not prepared with an amplification chain I felt would drive them sufficiently well.

Another Susvara owner who uses the Benchmark AHB2 to drive his said that the Topping A90 actually manages to do a respectable job of driving them, so I immediately ordered one; it arrived ahead of the headphones, so my first couple hours of listening took place on that amp. It took a balanced connection, high gain, and a volume between 1 and 2 to push them to a loud but comfortable listening volume, but the A90 did absolutely do justice to the Susvaras. Straight out of the box that chain (fed by an ADI-2 DAC) delivered a listening experience of a caliber I have never experienced before from headphones.

As captured in my previous post, I chose for my first listen the theme from 2001: A Space Odyssey as a sort of cheeky dare to the Susvaras to live up to their reputation. That turned out to be a rather prescient choice, since one of the strongest features of Susvaras has been an amazingly convincing instrument timbre. In fact, I got stuck on scores and classical music for a while, because everything sounds so real.

After a couple hours on the A90, I couldn’t resist testing out the Pendant, which I had previously broken in with Beyerdynamic 880s to spectacular effect. I had found the Pendant to have stupendous amounts of power with 880s, so I was curious to see whether it would pair well with Susvara. The answer is a resounding YES, and that combination has been so intoxicating that I have barely managed to listen to anything else this past week.

After instrument timbre, the next thing to jump out at me about Susvara was the striking dynamic range. Pendant softens the blows, but out of a SS chain, Heilung - Hakkerskaldyr was startlingly aggressive–the forceful chants at the beginning of the track hit like a truck! This same character added real life to cymbal crashes and drums in orchestral arrangements, in particular.

What has impressed me most over the course of my first week’s listening is how amazingly well Susvara handles bass. From astoundingly realistic drum work (e.g., Kodo) to punchy electronic beats (Boris Brejcha - Frequenzfett) to supremely grippy bass lines (Claptone - Ghost) to powerful slamming bass drops (DJ QBert - Impossible Obstacle, starting after 3:00), Susvara has the most versatile and consistently excellent bass I’ve from a headphone. Bass is warm, fluffy and diffuse when it’s supposed to be, or tight, punchy and articulate when that’s what’s on the track. It simply does every kind of bass extremely well.

And none of this to undersell the magnificent mids and highs, or to ignore the absolutely precise imaging, or the sublimely non-fatiguing smooth sound character. Have I used all the superlatives yet? It’s just that every other headphone that does some of those things well has other weak points. If Susvara has any, they’re the price of admission, the demanding amplification requirements, and the creepy medical-tube-wrapped stock cables. Sound wise, I’ve got no nits to pick. 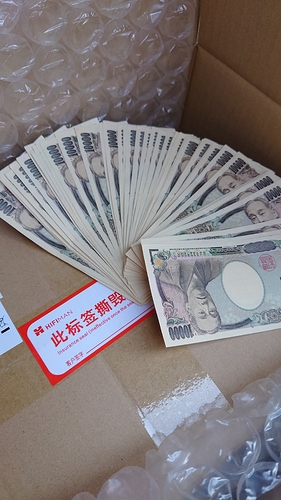 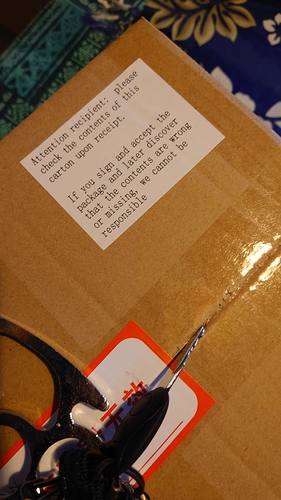 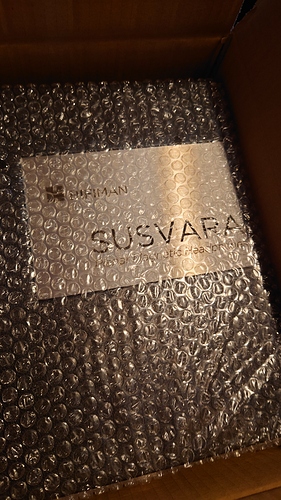 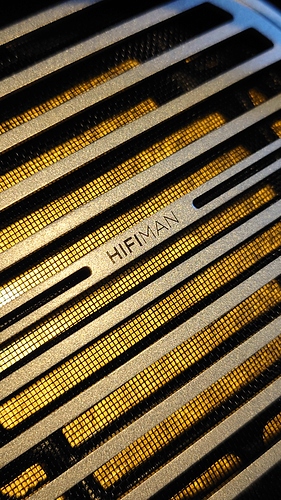 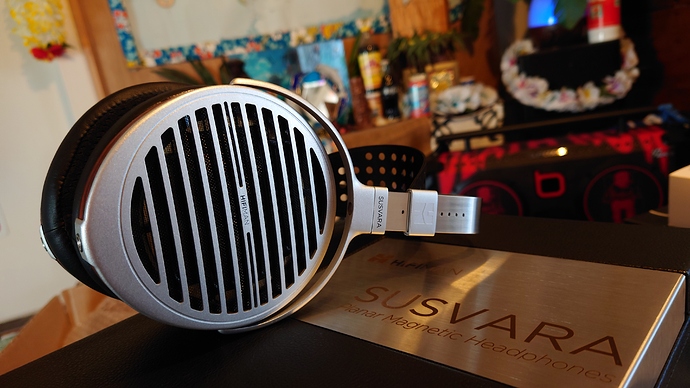 Pretty, first impressions? Or was this from a bit ago? Also did they pay you in yen(?) Lol

) Put most right back in bank but not all.

) Put most right back in bank but not all

Interesting choice, what dac? Your rme?

Will want a better amp than that for the Susvara. For both power and clarity.

Unfortunately, I think the 789 and rme won’t give the sus and he6se what they deserve, but im not sure what access to higher end source gear @hawaiibadboy from his partnerships he can get.

Im not sure why they would send you a susvara if you don’t have the proper source gear to make them shine. Presumably they are confident in their products and want more positive reviews of the susvara, but on the 789, that is almost certinaly not going to be the case. The review will likely be along the lines of:
“The susvara is a great headphone but provides little or no additional performance over the arya at a much higher price. Save your money and get the arya (or GL2000?).”

Either way, can’t complain for free headphones, so congrats!

I paid for my Susvara.

Oh my bad, I thought they gave it to you for free (or even paid you 6k?)
Honestly I am not sure how your sentence indicates that you paid for it, but it doesnt really matter.
Basically just wanted to say that without better source gear, I would not expect it to outperform the arya by much (if at all) which I am guessing would be a disappointment.

Of course, if you end up finding the susvara to be just as great as it’s reputation boasts, then by all means, don’t feel obligated to spend more on source gear and enjoy your headphone!