I like my Hook-X quite a bit. I see a new Hook-X version has come out, but it has LESS bass, apparently. That’s not what I like… Compared to Hook-X, I would like:

Already tried these(if I can remember them all…):

Maybe or maybe not an upgrade, but the Oriolus Isabellae is VERY similar in tuning, just done in a great DD instead of Planar/BC. While it doesn’t have more bass on paper, the impact on the Isabellae is greater (to my memory, sold my Hook a while back).

If you want to stick with a planar and get everything you mentioned as well as a more natural timbre and a significant upgrade in technical performance I would look at the Campfire Supermoons. The bass has some nice punch and tactility to it, more than any of the other planars I have tried which includes most of the major players aside from HeyDay and the Hook retune. The timbre is much closer to a dynamic driver in its accuracy and presentation. It extends well at both ends and brings great detail retrieval, separation, and layering to the table. I have admitted before that it’s probably a bit overpriced, but then again, I don’t know of another planar based IEM that touches it performance wise. Supermoons were the first thing that came to mind when I read your post.

Edit: Forgot to mention that it’s soundstage is very good. Width, depth, and height and source placement within the stage is sharp and accurate. The whole presentation sounds very effortless which I think is the best wors to describe it.

For me the Hook has more than enough bass. I’d say it’s bordering on bass head levels. That said, if you want to improve on the Hook, the only thing I can think of is the Mangird Top.
The difference is not night and day but I do consider it to be a bit better.

You initially rec’d the Hook-X to me, which I’m still ultra pleased with.
Allow me to (maybe) return the favor and suggest demo’ing the Sennheiser IE 600. The note of caution being the treble may be fatiguing/spicy for you.

Interesting… That bump at 2K reminds me of my HE6seV2 that I don’t like. Haven’t tried any of the IEM brands suggested so far, except Mangird.

(I haven’t actually heard them) 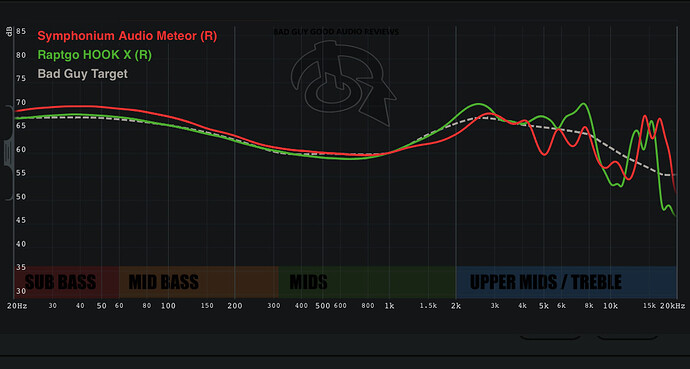 I want to try Meteor and Maestro SE, for sure. Out of 4.4mm cable option; I can use my own.

I think Crin graphed these better, as Hook-X looks more like how I’m hearing it.

of which the meteor has substantial variation it looks like. That is surprising

General shape of the curve tracks well, though, so it could also be a matter of insertion depth differences between each sample (note that the 8khz peak shifts a little early on sample 1 compared to sample 2). That’s what it appears to be to me, at least. I’m sure someone with 711 coupler experience could chime in a give us a better idea.

Try to demo for fit first

Do these require an ear mold to be sent in…? Custom only?

Will be trying Isabellae and Meteor first, then Maestro SE.

I’ve seen some Universal Supermoons floating around Head-fi every now and again. Check the classifieds, they may be still available if you’re interested!

Oh, I see… So they are out of the Universal version at their website. How convenient!

The universal version, as far as I understand it, was a limited run. There are very few out there. I’ve seen custom units go for as little as $800 - I’m not sure how much a reshell would cost but that’s also an option.

Isabellae in. Definitely more treble-centric/bright/fatiguing than Hook-X. Bass is there, but there’s not enough warmth or relax here. Definitely very clean, accurate treble, with nice detail and sense of space. 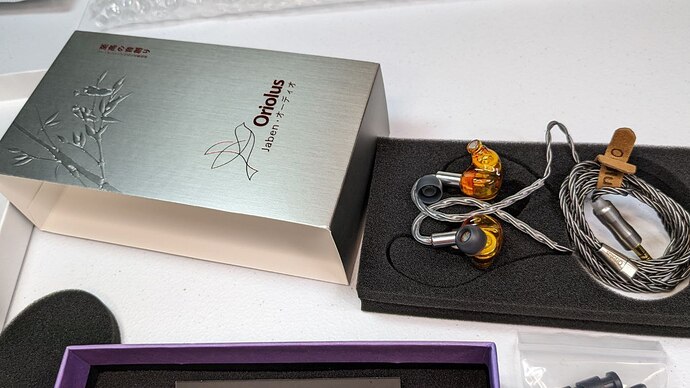 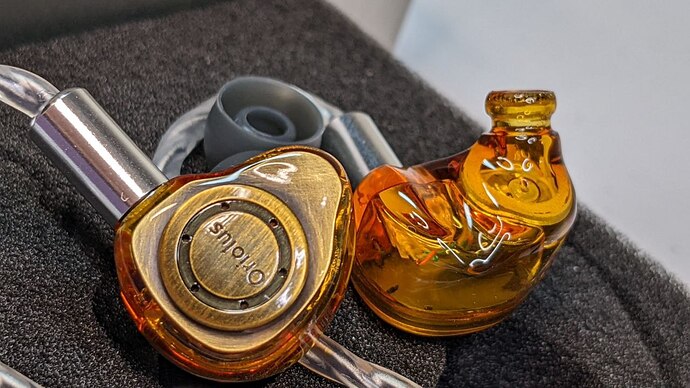 Symphoneum Meteor in. Using the stock red tips, and a XINHS balanced cable.

These sound fairly interesting… This driver really kicks. Probably too much. 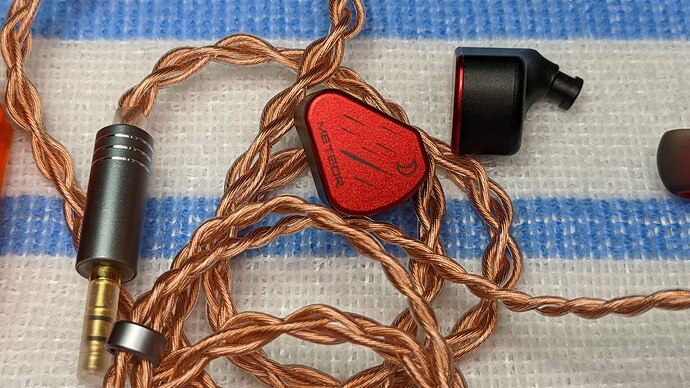 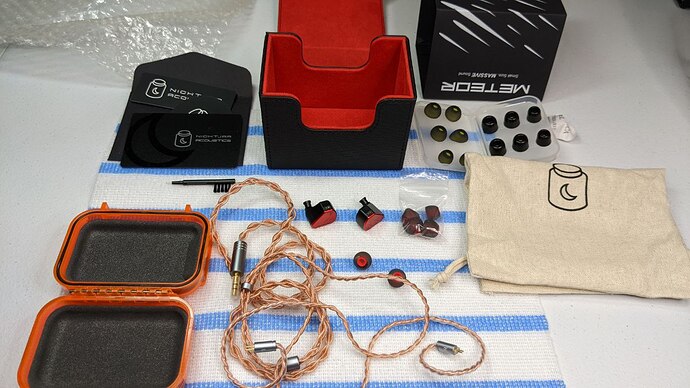 Thanks for the insight, how is the soundstage and bass texture between the Meteor and Hook-X?