This is the official thread for the iBasso DX300 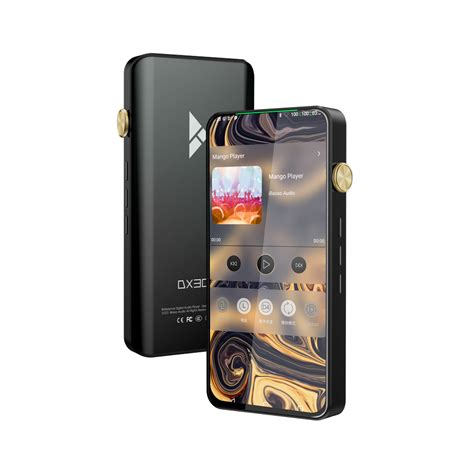 I like that the DX300 and N6ii have replaceable Amp/motherboards giving tweak-ability also I don’t won’t to have to revert to using IEmatches etc just want a black background, a 3.5 and a 4.4 would be good too

Ah I got to hear a dx300 yesterday, really nice dap imo, great ui and usability, feels very nice, and I really enjoy it’s tuning and signature, feels like a logical upgrade to the 160 2020. It drives headphones fairly well for a dap better than the n6ii with the e02 module imo, it has a lot of power, punch, and control, with a warmer sweeter midrange and a bit more relaxed but still well extending treble. Stage is also pretty wide overall with good depth for the price point. I think when it comes to the e02 n6ii, I might prefer the ibasso now in both sound and usability

also I don’t won’t to have to revert to using IEmatches etc just want a black background, a 3.5 and a 4.4 would be good too

No hissing with sensitive iems, pretty solid noise floor similar to the paw 6000. The paw feels a bit more vacant when it comes to its background but the 300 is still really good where I can’t complain (as low noise floor =/= black background)

Thanks for the feed back buddy

I’m still not looking to move on my IEM sets just a good source to drive my Z1R’s and OG Andro’s mostly with no hiss issues and an upgrade from my original silver iDSD micro .

Honestly this would most likely be the pick then over the cayin imo if you had to look into daps. You could also consider a paw 6000 as well but I think the dx300 might be a better pairing with the z1r where the andro might slightly favor the 6000, but overall the dx300 might cover more bases

Always horses for courses lol…Z1R’s are my go to though…the Andro’s maybe still be better on the Micro than the DX300?

I would still take the andros on the 300 over the micro imo, it’s just a step above in performance

Just a quick question if you don’t mind…for desktop IEM use, a Hugo2 v’s DX300?

Hmmmmm, so very different sound signatures for sure, the Hugo is much more analytical or neutral brighter forward and somewhat lean, the Hugo is more resolving and textured imo, the ibasso hits harder with more punch, the ibasso is also more tonally dense and more forgiving, I think the ibasso might have a bit better timbre as well. Stage on the hugo isn’t as large but has more depth and is a bit sharper. Dynamically the ibasso does better macrodynamics but the hugo has better microdynamics imo. Also the hugo will hiss with andros from my experience. But the Hugo is on a higher tier of performance but it’s signature is pretty different from the ibasso so I feel like it would come down to taste and synergy

Reckoning by that the DX300 sounds more fun, fast and punchy a bit like the Z1R’s…add in the good timbre it looks like a win

Just to add another point of reference.
I cannot compare with the DX300 since I have not heard it, but the strength of the Cayin is the flexibility and its features. For sound quality, you can definite hear the limitations. It’s still a nice player and a great all-rounder. I had issues with impedance matching when I used very sensitive IEMs and running out of ability of driving some TOTL IEMs

Wow this’s the first time I have spare

in the bank and really not sure where to spend it

… The DX300 kinda makes sense but I’m also thinking long term…Qutest + C9 keeps poking saying keep things more future proof lol…If I do go DAP then I’d want it be able to stream other wise it doesn’t really make sense for me…so the P6 pro is out in that respect…So whatever I decided on needs to be pretty much Battery powered (barge life an all, 240 is ok but easier off of batteries) drive my IEM’s and any future IEM purchases…I don’t mind buying an amp first as I can use Micro as a DAC source then upgrade latter…Decisions, decisions.

Soooo, what are you thinking?

What do you have your eye on? Which things are potentially going to bite your wallet

Have you looked at any of the higher end A&K stuff? A few of them have been updated to allow using streaming apps.

I’m personally kind of put off by A&K… at least spec-wise. When it comes to their design, sure thing, but just looking at the specs I got a very negative first-impression.

I’ve done some research on the current DAP market, and the iBasso DX300 really does seem to be the leading one. And it is leading in several categories, especially offering industry-leading specs at a lower price than its competitors.

However, these are specs, and since I’m not a spec guy, I won’t say others are worse sound-wise, but the specifications for CPU, display, and technical-specs alike, you really can’t argue.

As you can see, except the DAC, these are not related to audio. But I think it’s a shame to put a CPU from 2015 in a DAP that was released in 2020 (Fiio M15). I also found companies like A&K shying away from specifically revealing which CPU’s they use and how much RAM their DAPs have.

In my DX300 review (yet to be written), I will include a table-chart which will show specs of other DAPs and of the DX300, just so people don’t have to search dozens of DAPs and go back and forth a million times just to compare.

What I do want to say is that each DAP on the market offers that “something” that makes it stand out. Depending on what you want and what you need, you will lean to one that suits you. iBasso has the exchangeable AMP feature, Shanling has the exchangeable headphone output ports, Cayin has the removable batteries and tube/solid-state timre option. You get the point. While the other options on the market don’t have this, they might have that. Now, “this” might be more important to you than “that” and vice-versa.

I like how close the DAP (DX300) is to an actual phone. I am using my Samsung Galaxy S8, and I have to say that the DX300 feels the same (not talking about benchmarks, but rather responsiveness and casual speed).

I really would like to be proved wrong, because it feels like I am missing out on something. Why does the DX300 feel like the best DAP under 2k or even more?

Whilst I do agree with you in terms of it does look like the most complete package for the price (and that’s why its top of my list for a dap upgrade), I will also say that it really depends on what you are looking for in a dap. If you are looking for something that is solely a dap and don’t need features like a big screen etc then it shouldn’t matter as much, and I was more suggesting A&K stuff to check out in terms of having better audio specs at a bit higher of a price, for example iirc (going off of what I remember being told), the sp1000m has a higher performing dac implementation than the dx300.

That being said, for the price brand new, it is hard to beat the dx300 for both features and performance and I am definitely interested to see what iBasso brings in terms of the exchangeable modules, I’d like to hope for a tube module if possible.

I know. No worries.

That’s what I said, it entirely depends on what you are looking for. I am personally not sold on the Astell & Kern stuff. They really disappoint me in terms of not revealing everything they use, and it seems like it is mostly talk.

However, I think I have a negative image of their company just based off of specifications… which isn’t exactly right. This being said, I’ll give them the benefit of the doubt.

Also, the SP1000M is around twice the price of the DX300, that shouldn’t even be in comparison. But again, it remains a question how better it is than the DX300.

Since I did my research about iBasso for my SR2 review, I really noticed that this company is of rebellious nature. It seems as though they f*ck the industry on purpose by releasing industry-leading products that are much cheaper than its competitors. It appears to me that they really try to make the best product for the price, much like it was back in the old days when you had high-quality things that were reasonably priced (just look at hi-fi from a couple decades ago, it’s still relevant today). This is also one of the reasons why the industry (manufacturers) hates iBasso

Thanks for all the input guys much appreciated

After sleeping on it I went for the 300, I’ve not had a portable music device since this lol… 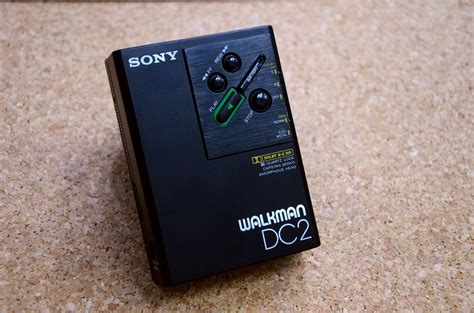 What ever I decided on had to stream which negated a few of the higher end options, if I was still wired to my MacBook pro then there’s a lot of Dac and Amp options for £3-4k without having to go DAP.
Seeing as I’m dipping my toe back into the portable audio pond again I wanted to start at a ‘sensible’ price and see what a decent device can offer, the DX300 as @voja said on paper at least seems to offer great sonic abilities with the possibility of other AMP modules like the N6ii which appeals to me too.
Got some discount and I’ve expedited it so it should be with me either tomorrow or Thursday 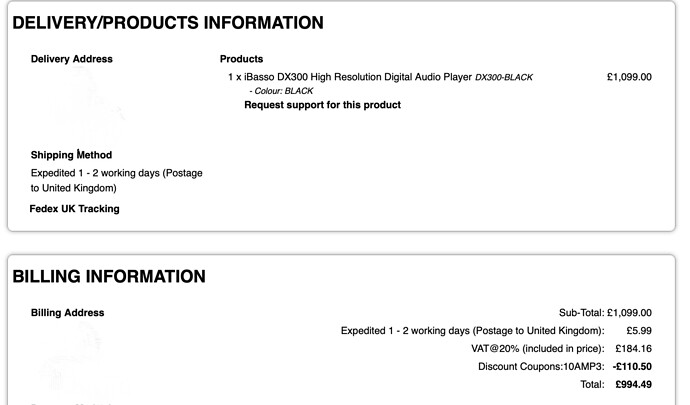 Also, the SP1000M is around twice the price of the DX300, that shouldn’t even be in comparison. But again, it remains a question how better it is than the DX300.

My comparison was more that from what I’ve heard the sp1000m is higher performing so if you want to go to a higher tier and potentially spend more money, then that is one option. It can also be bought for less than the dx300 used.

As I was more suggesting something to maybe look at if @Ohmboy maybe wanted to look into a higher tier with streaming capability.

I look forward to how you find it, the dx300 definitely looks like a very nice device and as I said, top of my list too