Then I found this… 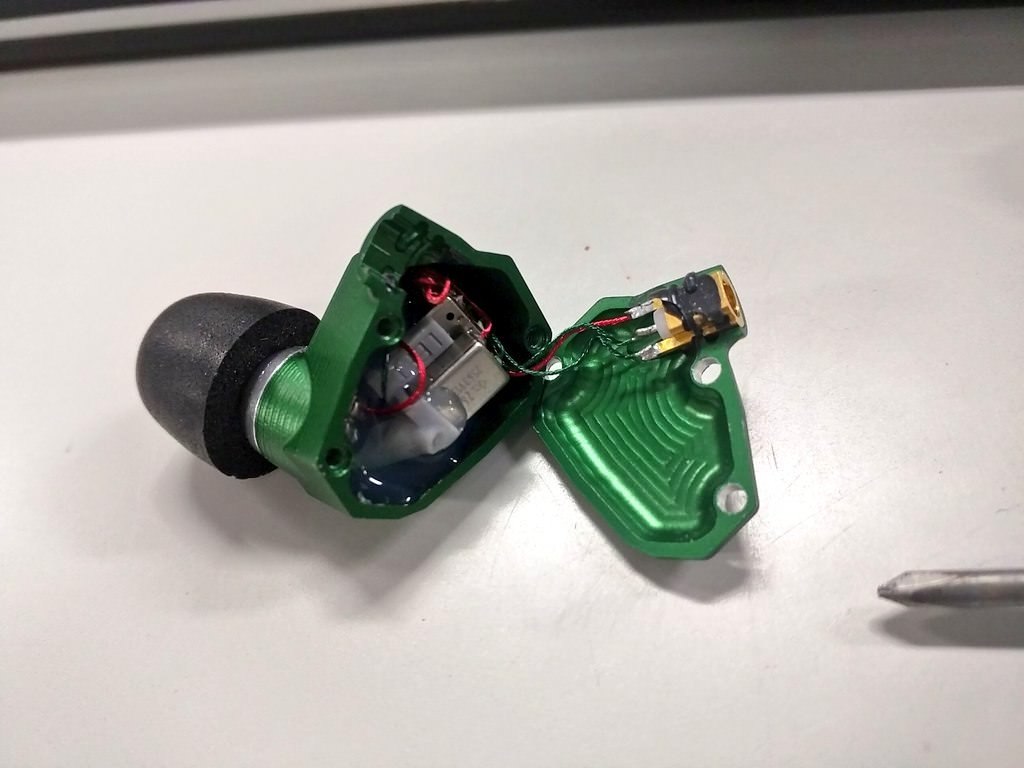 Its effectively 3 drivers and an anodized CNC’s case. I want to produce these now…

*Note: I got mine used at less than half msrp

I can’t believe these things cost

I know that feel.

Chifi would like to have a word on that cost ^^ Multi ba/hybrid setups don’t have to be expensive.

Well they need to improve the construction of their BAs then. KZ BAs are ass for example. Very metallic sounding and not as good as Sonion or Knowles atm. DDs they are nailing it. They are just a step behind the Sony legends imo. For construction they are effen great too, as long as the model doesnt get plagued by communist quality control LMAO!

I mean seriously though track marks on the CNC …1100 couldn’t smooth that out?

Honestly I think that part of their acoustic chamber expansion. I think thats part of the r&d to reduce reflections/allow for the open sound they are known for.

Inside I can’t argue a thing for acoustics…I was talking externally.

Then I found this…

I have been thinking about the Andromeda as my next IEM, but after seeing this photo, I have to agree. Is the $1,100.00 price warranted? Most Andromeda owners love them tho.

Most Andromeda owners love them tho

I think they are on V4 now…and they look much cleaner outside…can’t see the tracking of CNC…but seriously 3 years to get there! And how many people bought V1, 2 and 3 new!

No no don’t get me wrong I love them too…just not at their (Campfire) pricepoint. They are impressive sounding… Have my V3’s and have played with em and hr + most nights this week. Getting portable setup built up too…I was just surprised how off the shelf and simple the hardware was for such a costly thing

Sometimes less is more, and in this case if the Andromeda sounds as good as everyone says it does, the sound is what matters. QC is another reason for the price that other companies with smaller price tags can’t compete with.

When I purchase an audio product, it would be nice if someone actually listened to it to make sure that it sounds the way it was advertised let alone work at all.

I know ZMF tests every headphone they sell to ensure quality. Look at their prices. You get what you pay for.

I legit think I could make a set of these with a smallish CNC and and teardown pair of Andromedas.

Bought a small mill last year and have Adobe and Fusion 360 packages for work…there may be a project here for me down the line… ; )

I have been thinking about the Andromeda as my next IEM, but after seeing this photo, I have to agree. Is the $1,100.00 price warranted? Most Andromeda owners love them tho.

I think it is worth it. Showed a lot of people high end audio gear, brought them to a couple shows, one of the few pieces of audio equipment where people are like wow is the Campfire Andromeda.

Most high end audio gear I have witnessed from people with less experienced ears generally are like, “yeah this sounds great, better than whatever I have heard” but with the Andromeda, they are like “I understand”