The most versatile headphone amp ever.
The build quality, sound quality and the looks are just perfect
It’s one of the few portable headphone amps that actually has enough power for full sized headphones while also being clean enough to be used with the most sensitive IEMs 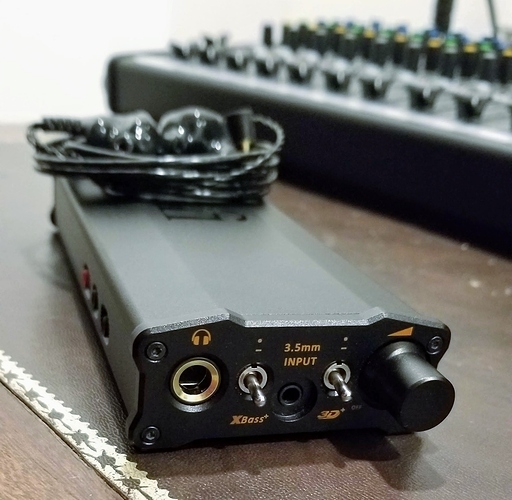 Yeah it’s definitely one of the best high powered, unbalanced portable amplifiers you can get. Though I generally prefer the Mojo for most of the headphones I have.

Do you ever use 3D effect switch? So far I haven’t found any headphones where I felt it improved the sound.

Funny you mention that. The one pair I own that I use it for, & feel that it really does improve, is the LCD2. The only complaint I have on occasion about the Audeze is they can sound kind of closed in/stuffy. Turning on that 3D switch really opens them up without losing any of the smoothness they’re known for. Also sometimes with the Fidelio X2. The bass boost is no joke either.

What’s the difference between this one and a silver one I saw online?

but more versatile is the ifi xDSD+xCAN combination because of the very good Bluetooth implementation and the S-balanced or 2,5 balanced output.
Also the xBass feature on the xCAN is in version 2 with not only base boost but also presence boost, which helps with v-shaped headphones- both are not overly strong but that is a good thing
The 3d+ effect on all named ifi units can help with rolled of highs like the LCD2s bring with em.

for years wanted the BL, but never had the budget and now that I have heard it a few times …
love the idea of a swiss army knife amp and the switches… everything should have such switches, a VU-Meter and a display like RME Adi 2 haha

but both mojo and BL are some kind of oldshool(what I love) in what was needed and is nowadays asked
most new headphones don´t need the power anyway and if I buy an 600 Ohm T1 Gen 2 there is always the possibilty to add the ifi xCAN to the xDSD.

Mind elaborating why you prefer the mojo? What cans do you have that pair up nicely with it? I’m thinking of picking up either the BL or mojo really soon.

I’m surprised those are two your considering since there’s so many newer options now. Are you trying to avoid paying for balanced cables? I still am.
Anyway the main reason I have a preference for the Mojo is because tend to prefer a more intimate (forward vocal) sound. The BL has more bass and sound stage by comparison. I’ve also found it does a better job taking some of the edge off unpleasant peaks in the highs. So I do prefer some headphones with it.

Black Label Preferences: HD600, K712, Focal Elear.
So most things that could use some extra bass. The K712 and Elear are here because of their treble peaks.

So if you like Bass and sound stage, get the Black label.
My biggest complaints about it are actually not sound related. A couple issues not affecting the Mojo are:

Regarding my comment about the switches, I am referring to the switch style used on “Power Mode” and “iEMatch” (not XBass and 3D+). I quite like the style of switch used on XBass and 3D+

For the cable question, I am using an OTG cable. As far as I know, any USB OTG compliant cable should be functionally equivalent. I researched this whole topic again, and I can’t find anything suggesting that the ifi Black Label won’t drain a phone battery when it’s plugged and turned off. To ensure it won’t drain the host’s battery when it’s on, you have turn it on prior to connecting it. If you find information showing that a specific OTG adapter will fix this let me know.

EDIT: By “Point 2”, were you talking about sound characterization? Anyway I would be interested in hearing ifi’s new amps, but I don’t expect to purchasing a new Portable DAC/Amp anytime soon.

first I bought a cheap amazon “OTG”-named cable. But it drained power from my phone. After some research I found at the Fiio Homepage some informations and bought their cables for the Q1 II(micro usb + usb c) - it worked.
my ifi xDSD won´t drain power anyways, because USB Data and USB Power are seperate connections.

so in the end: not every “OTG cable” is a really OTG - the good/correct ones miss 2 PINs in the socket.

with owning the BL - you don´t ever need a new amp.
Yes the soundtuning with xBass, xBass II and 3D+ features is good with the new models. Different from the BL. xCAN has the newest version while xDSD is like the BL but less strong/noticable 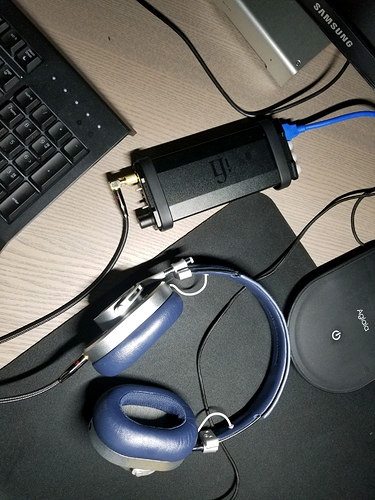 For something that is USB/Audio and powered with a battery… and all of it’s features… 599.99 is a bargain IMO… love this little guy… can be a DAC only… Preamp+DAC or a Dac/Amp all in one… and that burr brown bit-perfect… delightful accurate crispy delicious and of all things very powerful with all its modes.

anyone compared this to the Monolith THX portable dac/amp & Xduoo XD-05 Plus in terms of power & SQ?

The thx has better sound quality imo, but if you need more power the XD-05 plus would be the better option

the 3D+ makes the sound stage wider and instruments appear to be more apart but that happens only with the 2 closed backs i use Takstar pro82 and Ultrasone Pro550i. it has no effect on the open backs i use.

Yeah, it’s there but I never use it. I do use the bass boost ofen though

I use bass boost while watching movies. for music i rarely need that.

So I started using ifi micro BL again recently. I have to say the overall USB experience with this thing is remarkably bad lol. I find points 2 and 3 especially annoying for me personally.

I boxed up my D50 since I’m trying to sell on Ebay. I will probably pull it out it since it won’t sell that quickly.

There’s always 1 second of silence before audio can start playing. This not a big deal when listening to music. But’s annoying none the less and you can end up completely missing short audio notifications. This is the only DAC I’ve ever seen with this issue.

And you have the drivers installed? Mine doesn’t do this, are you using an exclusive mode?

When the device is off, Windows still detects as active for some reason. This means if I want windows to switch back to my speakers, it’s not good enough to just turn it off. I have to completely unplug it or switch audio devices in the OS.

This is the case for my ifi devices as well

Yeah the drivers are mandatory. Normally I’m not using it in exclusive mode. Most of the time it’s not an option with the software I’m using.