here’s a good breakdown of what it’s bringing to the table. 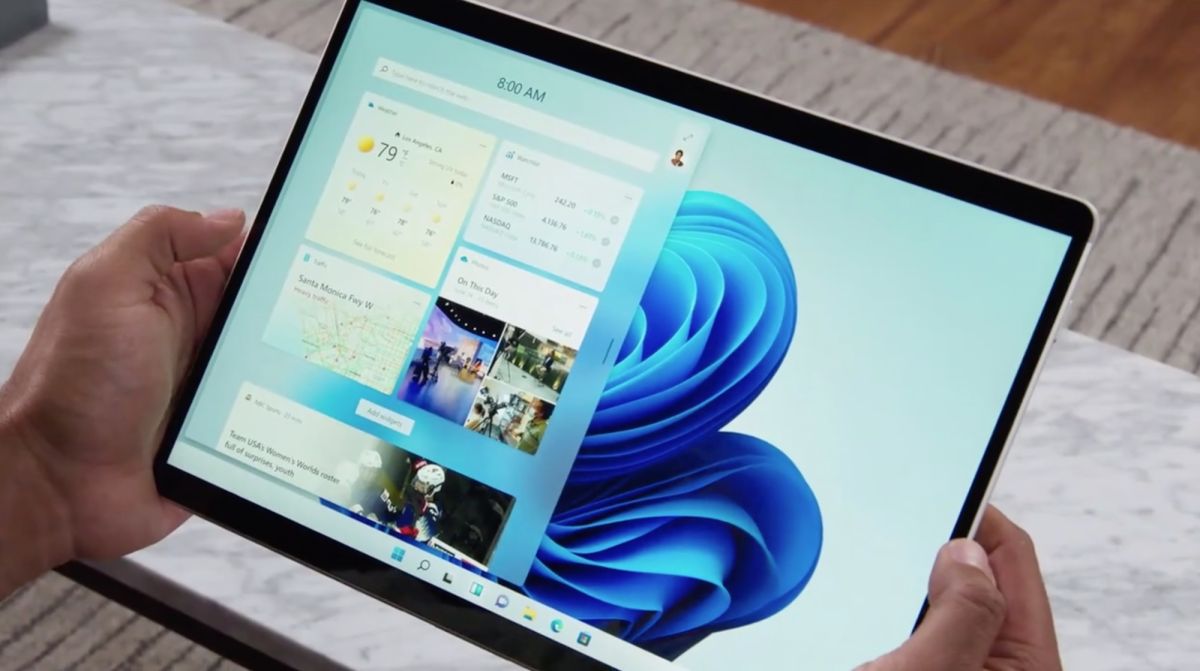 Windows 11 release date, beta and all the new features

It seems to me that Windows keeps getting more and more bloated over the years.

Add open source programs and patch it until it works!

I hate Windows so much.

it has Linux built into it now

By bloated I mean a lot of useless programs that they try to hit you over the head with! I do miss Windows 7 - the simplicity to be exact.

The telemetry junk is unfortunately a fact of life now that people in a large enough quantity decided they don’t care about personal privacy if it gets them some minor benefit.

The part I do wish Microsoft would do is give me an option. Bury it so deep that no sane/ normal user will accidentally find it. Have it wave all liability for me being an idiot, but give me the option to have control over my damn OS again. I understand the average Jake Paul viewer also probably uses windows as well, but you don’t need to treat every user like they have the mental capacity of a goldfish.

There’s lots of little things that were added in 8.1 that I cannot live without like automatic drivers, Win+X hotkey, auto scaling, etc

Microsoft can try to sell this as a completely new version of Windows all they want; touting the redesigned layout, various software integrations, and everything else they are talking about. But at the end of the day, all Windows 11 is, is the next update of Windows 10 with a new scheduler to handle Intel’s Alder Lake CPU’s that are launching at the end of October.

Remember when their OSs are simple but intuitive back then? Yeah I still remember, XP and the 7 days were the shit. Also the days when Windows 8 came out back then sucked ass, same with me when Windows 10 came.

Therefore, I will wait for Windows 11 to be at least, tolerable or stable enough to be used without any recurring issues, meaning I am not upgrading to it anytime soon for Windows 10 already gave me a lot of hassle back then.

I miss the simplicity.

To be fair XP (before service pack 1) and 7 when it launched were pretty bad. XP had the advantage of bringing a lot of new things to people so we felt with the issues and by the time Vista rolled around XP was nice and stable. 7 would have been seen as a mediocre OS at best for a year or so after it’s launch, but luckily for it the previous OS was just fundamentally broken in so many ways that it seemed better then it was.

I’m surprised nobody has mentioned the system requirements yet. The two biggest things that stood out to me are…

yes…and that alone is going to kill a lot of Windows 10 upgrade paths.

It seems those requirements might be an accident, maybe left in from internal builds. It still allows a local account to be created and the TPM requirement isn’t enforced. They did something similar with Windows 8 and 10, they’re more like strong suggestions (don’t do nothin’ stupid, doc).

I’m excited for the performance improvements this update/upgrade will bring with the new scheduler. Increased telemetry and privacy violations were expected but still annoying. I dual boot Win10 and Ubuntu Budgie about 80/20, the only thing keeping keeping me from using Linux more at this point, is the frankly immature sound solutions available on Linux. However one thing W11 has me excited for is the centered taskbar, didn’t realize I’d benefit from it so much until I got an ultrawide and have been craning my neck to the far bottom left of my screen for months

My take on the whole thing is… meh. I do miss Win7 still. 10 angered me for a long time but I am OK with it now. It works fine and is somewhat stable, so I will not be rushing out to get 11, just like I didn’t rush out and get 10. Until the Linux community gets truly serious about putting out a good and complete desktop solution, Windows / Office is what you have.

I still say the closest anyone ever came to putting out a complete desktop solution that could beat Windows was OS/2, but it never gained enough traction to be fully developed and there was too much inner BS at IBM to pull it off. So we are stuck with Windows 11. Meh.

Guess my only computer that will be able to run windows 11 is my new Lenovo laptop, if i got the requirements right.

My gaming pc, is a now an outdated i7-3770k, my other computer is a i5-4670. I do have a 2 other computers, but those are old and low spec machines i use as mediapc in my basement “mancave” and the living room, non who will run windows 11 due to the requirements.

Im pretty happy with windows 10 in general though, but i would love to have a bit more control over stuff like windows update and the reboots required with them. And there are a few niggles like the search function giving me bing results instead of installed apps when searching for them. And im also no fan of all the telemetry that goes back to Microsoft… Also, this goes for windows 8 and probably windows 11 too, why do we have different “layers” of settings?? We have the “old” control panel (that i prefer if i am going to mess with settings), and then we have new “settings” that really doesn’t let you do much at all … very frustrating.

Anyway… i guess i will update my laptop to windows 11 when the time comes, and when i get around to buying/building a new gamer pc, it will run windows 11 as there is no alternative (yes, i know you can game on linux, but i’ve grown up with windows all the way back to dos and windows 3.11, so im not that comfortable with running linux on a 'puter i use all the time and that i need to work when i use it)

Okay, so it doesn’t have to have a physical TPM module. The firmware TPM that most new-ish motherboards have will work for that. Problem there is, it almost always comes disabled in the BIOS/UEFI by default. And there are going to be a lot of people who have no idea that their PC is actually compatible with a UEFI toggle, or even what the UEFI is, for that matter. Microsoft either has no idea the headache they are about to give themselves, or this is intentional to try to get as many people as possible to buy new PCs, and therefore new Windows keys, depending on how cynical you want to be