Looking for a jack of all trades, master of... some?

I’ve got about $600 to blow on a really nice pair of cans that will last me a few years. I won’t be able to buy much of anything during that period, so I’m looking for a single headphone that can do pretty much any genre you throw at it… pretty well, at least. Oh, and Immersive (that is, not very competitive) gaming, too. In other words, I’m not looking for a niche headphone that has great frequency response in one area at the sacrifice of others, I’m looking for an all-rounder.
A few headphones that SEEM to fit this criteria are:

DT 1990 pros - Great bass, mids, though highs have a pretty big frequency peak, can this be tweaked out via foam or EQ?

Thieaudio Phantoms - Wild card, everyone who likes them seems to love them, everyone who doesn’t REALLY don’t. With pads and their price on amazon + tax, the price is close to a used like-new DT 1990 pro

58x Jubilee/HD 650 + HE4XX - Not my first choice, though perhaps buying two headphones that do their things as well as they can is the way to go? Haven’t heard good things about Hifiman build quality.

Honestly that’s pretty much it. I haven’t heard of many at this price point that can do just about anything well enough. I am willing to extend my budget somewhat if there are a pair outside my range that has what I’m looking for and will really wow me. I’m SOMEWHAT sensitive to treble, more looking for very clear vocals/guitar (so mids) with punchy bass. Would like good highs, but am willing to sacrifice them to a short extent, again, would prefer if it had a bit of everything.

The hifiman edition xx from massdrop might be something else to look into.

Regarding the 58x and he4xx combo, it would be good, but I feel that your at the level where a single more detailed headphone might be better (unless you like multiple pairs)

I’d love to have 5 pairs that all do what they do really well, but my wallet has other ideas. I’ll look into the XX’s, thanks for the tip! Haven’t experienced the bass response from a planar yet, which is probably the main thing holding me back from the 1990… for now.

The 1990 bass response is still great, and I would say better then some planars. The edition xx just has a hugeness to the sound that can be desirable, and also has not as harsh highs which you might like. The 1990 is pretty aggressive in the highs so it may be fatiguing to some.

Good to know, how are the lows and mids on the XX’s? The two things I can’t really stand is a ‘veil’ over vocals and strings, and anemic bass.

The bass on the xx is pretty great, so I don’t think there would be a problem. It’s pretty tight with a slight bum in the lower regions. I have no problems with the mids either. The xx presents sound in a different way that’s hard to describe. Strings and vocals are pretty good, but might not be as airy as the 1990

Sounds good, I’ll dive deep into reviews and other forum posts on them for a bit.

Also, you could go with a used dt1990 and a 6xx, and have 2 great headphones. One to relax and one that’s in your face with detail

Edit: you also might be able to swing a used lcd2 classic if you would like that sound

Sidenote: Anyone know why this 1990 pro selection on amazon is $100 cheaper than the usual one? 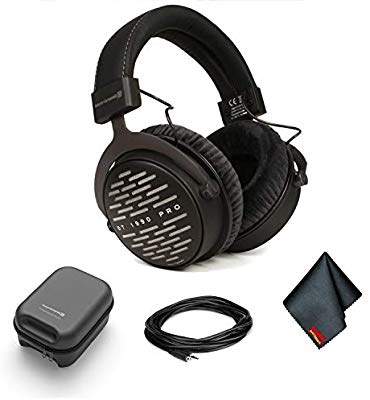 Because it’s not an official dealer, and probably doesn’t have a warranty because of that. Beyer might still uphold it, but who knows

Description says 2 year manufacturer warranty included. In any case, will probably try these to see if I like them and return them if I don’t. I’ve seen few people who don’t like these and the one thing people don’t like (that freq spike in the highs) seems like its easy to fix. Will update the thread once I try them out for a few days.

Yeah, just make sure you can return them just fine

Check out the Focal Elex, too. It’s a very good all-around headphone. The main concern is it has a narrow soundstage.

The elex are pretty great as well. Do well with most genre of music. Not as aggressive as the 1990, but still really detailed and built pretty well. I would agree that the soundstage isn’t as large, but it’s still able to recreate a sense of space pretty well, but imaging is aight

Ill add the Elex to the list, though the XX’s seem pretty tempting as well. If I don’t like the 1990’s that are on the way I’ll have some damn good backups.

Hope you find what you are looking for in a headphone

Verum Ones are on my list for “jack of all trades”. It’s precisely what Joshua Valour said when he reviewed them actually.

(Well, semi-reviewed: one year ago the first batch had problems, fixed now.)

Got the 1990’s, as I expected, I like them, but the treble is too much for me (especially the ‘s’ and ‘t’ sounds on vocals) and, compared to how good the rest of the headphone sounds, the exaggerated treble sticks out like a sore thumb to my ears. Definitely looking for something a bit less intense on the treble side. It’s a shame, too, I’m very close to really liking these headphones. Oh well…

Might look into the Edition XX’s, I think the so-called “wall of sound” is definitely something I’d like, only issue is I’m not sure how the mids/vocals on it sound.

I’m thinking something warm with great mids, if ya’ll can think of anything that fits that description, let me know!