This is the official thread for the Meze Elite 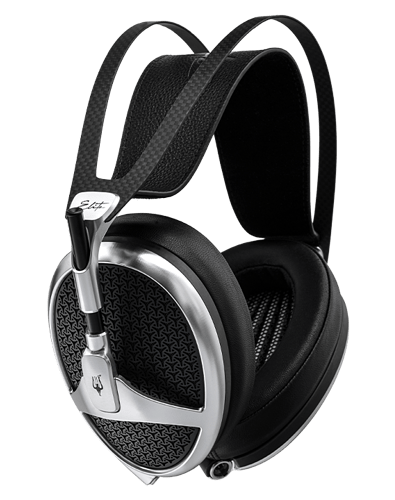 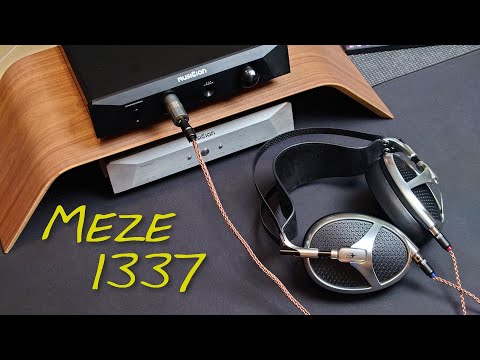 Idk about everyone else, but all of them make me feel quite excited. Like we are on the edge of a breakthrough in the headphone space.

Either way, I know for a fact they are far out of my budget, but I appreciate every single one of them like a precious painting in a museum.

While in the past we only had a few >$4k headphones, we finally see manufacturers showing what they are truly capable of. It’s also great to see that companies like Meze are now on the same level as companies such as Sennheiser. Speaking of Sennheiser, would be great to see if they are going to release a new flagship any time soon… Audeze had two bigger releases recently, now Meze has one, RAAL also has big stuff coming out soon, Dan Clark also had one… Ugh. Exciting times =D

Wasn’t expecting to already see a review up on YouTube. On the short side, and I’m definitely looking forward to seeing @ResolveReviews @DMS and @ZeosPantera weigh in on these, but according to this guy, the tuning on the Elite is certainly different to the Empyrean. 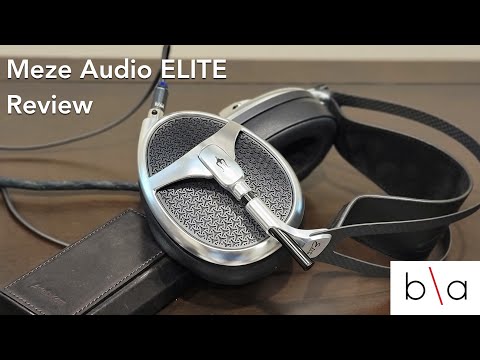 ZeosPantera’s opinion: It will most likely be “meh” since it isn’t Chinese, nor is it available on linsoul

Not necessarily. He’s loved most of the Focal stuff he’s reviewed this year, except I think the Celeste, because it has no sound-stage. And he gave pretty glowing reviews to the Audeze products and 8XX.

Refreshed driver and new paintjob…1000$ more.
Damn. Was hoping they’d go with something lower down the line with that driver, not higher.

It’s Meze. It looks like they are trying to truly enter the luxury market and become one of the “classic brands” in the luxury headphone space. One way to do that is to increase the price. That way a good amount of the consumers looking for mid-tier/low-tier headphones are “removed”, and more of the luxury audience is attracted.

Yes, it’s new technology, but there’s also a good amount of marketing behind these moves.

I think they’re only doing it because other brands already pushed the price to crazy land, and since they are the undisputed quality/comfort kings, why not slap another grand on the refresh of an already crazy expensive item.

I think that Meze is allowed to do it. Yes, the Empyrean was $3k, but if in their eyes that was a lower price than they wanted it, then they were able to raise the price with the new Elite to meet their expectations. I think we won’t deny Meze’s genius and effort in making a headphone that had significant importance in this hobby. Something different, something new, and a now-iconic silhouette.

I’m sure that Meze has the correct employees and annalists to calculate whether such price increase would be profitable and a smart business move. Basically, they wouldn’t have done this if they knew they would be losing a significant consumer audience.

That’s my 2 cents on it, just my speculations.

I think that Meze is allowed to do it.

I agree, and I would even buy them all if money was no object just because they’re the only company in this country making headphones with in-house R&D. And I would very much like for them to keep doing it.

I think we are going to keep seeing Meze doing bigger things. With more money and funding, they can only aim for higher goals and accomplishments — unless they decide to keep a larger profit and let the passion die out.

I mean, with more money come more opportunities. If they are making these types of products at their current size, can you imagine what they would do with a full-sized factory, something the size of Sennheiser or Beyerdynamics… Wild.

And it’s tuning might not have been everyones cup of tea but damn it’s one of the best built and most beautiful looking HP’s on the market today imho…if they’ve tweaked the FQ response to be slightly more “edgy” with more detail without losing the musicality then and extra $1k is a bargain for some I reckon?..plus it looks super dope in that silver and black colour way

Couldn’t agree more with you!

I’m a sucker for detail, and with what people have said about the Empyrean, it definitely wouldn’t be my cup of tea. Exactly as you said, the Empyrean silhouette is one of the most iconic, gorgeous, and outstanding headphone designs to ever come across this industry. Combine that with luxurious materials and great comfort, and you have one gorgeous art piece sitting on your head. Add to that a great detailed sound signature and you will have a true TOTL — a true TOTL headphone in many people’s eyes (or ears should I say?).

Jumpin’ Jiminy Poptop!..sorry, language…Just received and did a few hours of burn in on my Empyrean Elite (yes, it is the “Empyrean Elite” as per the logo lovingly engraved on the suitcase, not just “Elite”, as suggested in at least one review). Simply first impressions, no further warm-up, going straight from the Empyrean Standard to the Elite, using the Bryston BDA 3.14 DAC and Woo WA5-LE 300B amp, CD quality to DXD and DSD128 files on an iMac, Audioquest Fire system cables and the Meze-Furukawa upgrade headphone cables: the TUNING per se does not seem particularly different int he broad sense. The bass is a little leaner timbrally, and tighter in terms of that comfy spread which contributed to the nutritious-but-slightly-fattening quality of the original Empyrean. But that bass is perceptually a bit deeper in reach, with rich but well-contained fundamental tone, and a beautifully elaborated harmonic spectrum, which identifies it as a very close relative of the original. The treble is still, I’d say, “diplomatic” - not in the least bit lacking, as the acid test of Jack DeJohnette’s and Jon Christenson’s cymbals reveals immediately extended and complete spectra of cymbal tones; however, there is apparently such care given to the tuning that it seems to achieve the perfect balance of extension., presence, and absence of any tendency toward glare or that hard brightness that some brutally honest (i.e. tactless) high end phones convey. Mids are just friggin’ gorgeous, everything you may love about the originals, but more so.

This brings me to the most obvious difference: Speed and clarity of overall delivery, the leading edge of everything from Melody Gardot’s voice on Moon River (Sunset in the Blue) to the stick-cymbal-snare contact of drums. Phil Collins drums on his funked-up Behind the Lines (Face Value) reveal his extraordinary timing and control, especially on the bass drum, Phil’s pedal control allowing for the same level of touch as great drummers demonstrate with their stick work (yes, Phil, through to the turn of the century, was one of Neil Peart’s chief role models, among a warehouse full of the most capable drummers out there). Ralph Towner’s shaker-bells and 12 string guitar on Blue Sun, one of my go-to, beloved pieces of music, have quite literally never been so clearly delineated and sweet and the same time, the tiny variations and extra tinkles of the bells revealed where I simply didn’t know of them before. The original Empyreans would allow me to hear into an orchestra - the supposedly missing detail of the Emp’s compared to other TOTLs never prevented me from following small orchestral details, interplay, counterpoint, telling the violas from the violins. But those polite leading edges, that slight slowing, can leave you wanting more immediacy. That extra delineation, which falls short of “etch”, is there in balanced abundance with the Elite. It IS an Empyrean - after boot camp, lean, in-shape, but still classy.

Whereas the Empyrean Standard were, and are, very detailed, the slightly gentle softening of transient edges - the opposite quality to “etch” - could give the impression of missing the last word in detail. The Elite offers a lightning fast but very refined dynamic envelope, so you get a full, 3-D, lifelike presentation, with both richness, a sense of great presence and immersion AND immense clarity. The truth does not hurt, here.

These are first impressions, two hours in. This is a Flagship headphone, if this trend continues and grows. Both deeply impressive, and deeply musical. The Empyrean was very reminiscent - if the cross-tech analogy holds - of my 1990 Koetsu Urushi cartridge - not mushy like the legendary old Rosewood, much tighter, but still a little too affectionate to be true. While I can’t compare the Elite to another phono cartridge, thank goodness, the sheer transparent, dynamic (micro and macro), effortlessly revealing and yet “beautiful” qualities are a fulfillment of what the original pointed towards.

Extraordinary write-up for the time it took you to publish it. You clearly put in the effort to express yourself by using musical references. Much appreciated. Thank you!

Thank you! I’m honored. Also inspired by what I heard.
Strange thing, writing about music - that oft-misattributed quote “writing about music is like dancing about architecture” (Zappa? Martin Mull? Elvis Costello?). I did my doctoral writing on jazz, improvisation"thinking music", and psychology, in which one of the things I dealt with was how hard it is to write about how hard it is to use words to describe musical experience, such as what audio reviewers do. I admire reviewers who can convey what that experience was like for them in ways that really guide the reader. Its not easy! 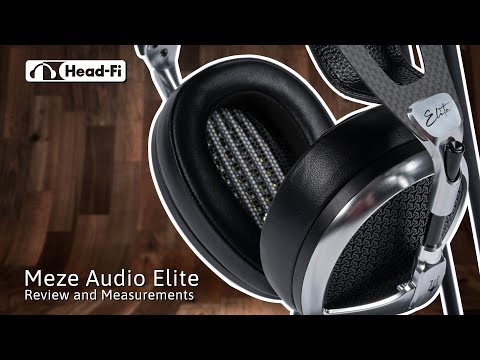 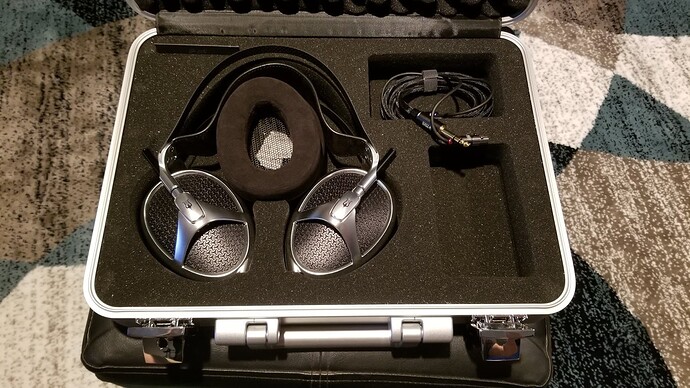 I’ll get a review up as soon as I’ve had a chance at a fair listen.

I took a stab at creating a quick initial impression video for the Elite: 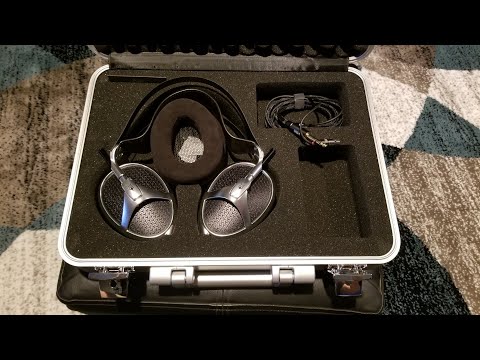 Feel free to give feedback about the content of the video here. If you have feedback on the technical side of these videos you should make it in this thread:

I started a YouTube channel! Please support! Let’s see how this goes… New and scary and exciting all at the same time.

The Elite is amazing that’s all I can say. 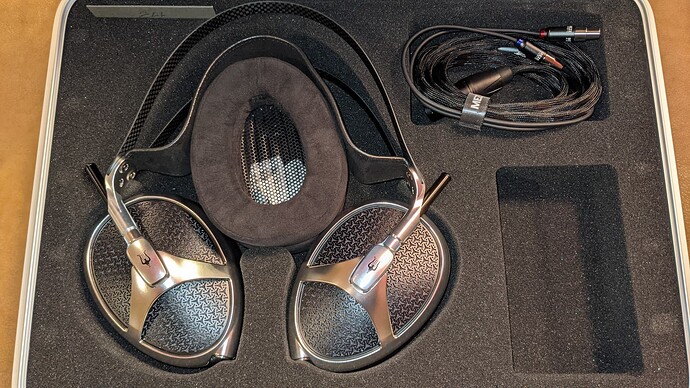