More power=more good. But why?

Can someone explain this?

Is it just because the noise floor is lower?

Forum member abm0 replied extensively to just this question in the thread Which headphones need an external amp?. It’s the eighth post in the thread.

Thanks for the link! I’ll check it out

I guess what I don’t understand is Zeos’s insistence that T50 needs 8 watts, when it only really needs 1/4 watt to get loud according to nwavguy based on it’s sensitivity. An amp that puts 1 watt into 50 ohms would give the T50 115 dB at 25% power with a 2v source.

That is…if I read his write-up correctly.

You are approaching to a very controversial topic. Amplifiers are very complex and have a ton of things that you can measure, if you focus only on power at a certain impedance it won’t give you the full picture. The problem is that most manufacturers don’t publish extensive measurements. Zeos leans on the side of subjective reviews, he tries the amp with certain headphones and then says “this pairing is good, better than all the other things I tried”, and an then oversimplifies the issue to “you need 8 watts of power”. The reality is that you could find an amplifier with less power that works as good as the Emotiva A-100 with the T50.

If you think at the design of a speaker amp, it’s designed to produce many watts of power at impedances between 4 and 16 ohms, so when you ask it to produce 1 watt at 50 ohms it can do it easily. Many headphone amplifiers are not designed that way, many of them are designed to drive high impedance headphones that require little power, so when you attach a low impedance load that requires tons of power the amplifier doesn’t perform as good.

I have a Garage 1217 Project Polaris, which is somewhere between 1.4 and 2.4 watts at 50 ohms. If I’m confident that this amp is perfect for my ears, can I be confident that it is providing enough power to my T50s?

I’ve no experience with that amp, but it seems to be a good amp. Try it, if it sounds good then it’s good.

That’s the thing…they do sound good, but I always have the thought that they might sound even better out of something stronger. I guess I’ll never know unless I try it!

guess what I don’t understand is Zeos’s insistence that T50 needs 8 watts, when it only really needs 1/4 watt to get loud according to nwavguy based on it’s sensitivity.

I love Zeos’ reviews, but one thing you should know is, he’s not the most technically sound reviewer out there. I have heard him say this before, and it’s never made sense to me.

When you look at specs for headphone amplifiers, do note that power is typically given in mW. The T50RP specs say state a maximum input of 3W.

The sensitivity of the headphones is 92 dBm, so about 2W should be able to achieve 115 dB.

Here’s the chart I was referencing. 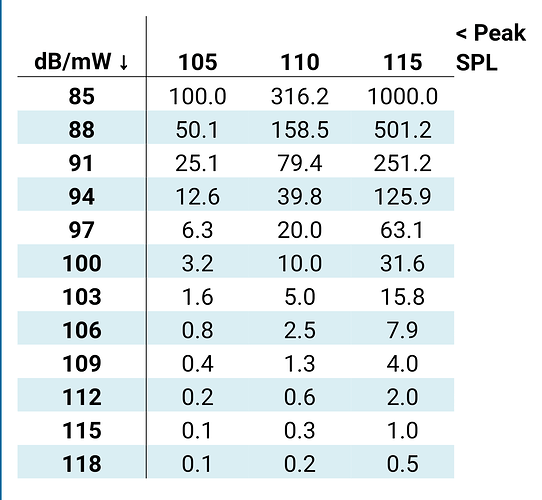 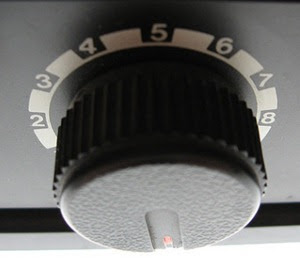 INTRO: While the plugs on most headphones are compatible with the jacks on most gear that doesn’t mean the two will play nice together. Hea...

I could be wrong, but I think the maximum power rating is how much power they can take before they blow up.

Side note: thank you @ZeosPantera for making photo sharing easy!

Isn’t it the case that some amps or DACs distort (reach saturation?) near max volume? So if power hungry headphones are more likely to get turned up to this saturation point?

I’m grasping for this, but it sounds right.

That’s what I’m thinking. If your amp can push at least twice the amount of power needed to reach what is loud to you, you shouldn’t ever hear the noise floor.

It is as suggested the maximum recommended input to not blow your headphones up, which is why amps like the Emotiva BasX A-100 need modification to be able to send all 50W to the 1/4 front output.

Amps typically distort before clipping at maximum power, and some (usually with lesser engineering) have anomalies, distortion, and noise.

Most amps will have distortion and noise at the extreme ends of output.

This is where SINAD, THD+N graphs, and audio science review can be an asset to serve as a predictor for expected performance. This being said, ASR is generally a sample size of one so it should be compared to other sources including the manufacturer when possible.

For the case of power hungry devices, there is a secondary question of if an amp can provide enough power RMS and peak to make sure things sound their best. For the most part, this can be thought of as being covered in being able to provide up to and beyond the manufacturer power recommendations if the discrete specs are not available.

If your amp can push at least twice the amount of power needed to reach what is loud to you, you shouldn’t ever hear the noise floor.

*the distortion.
The noise doesn’t usually go up with the power output at a given impedance, the distortion does. The noise rather tends to go up when the headphone impedance goes down and is more audible when the headphone sensitivity is high. This is one area that isn’t covered too well by ASR, as Amir doesn’t measure the noise output in microvolts, which would be easy to translate for different headphones, he puts it on the THD+N graph in % vs. mW, which requires more math to translate into something usable.

In fact, in a way quite the opposite of what you said is true: if an amp has loads and loads of power above what your headphones need and you end up using it close to the bottom of its adjustment range, typically it will be because of high sensitivity on the headphones, meaning high chances of hearing the amp’s noise floor. For example several sensitive IEMs out on the market today will let you hear the JDS Atom’s noise floor, so from this PoV it’s “not a good amp” (but then again the Atom and IEMs weren’t designed for eachother; IEMs are designed to be driven from phones without eating up too much of the battery).

I guess what I don’t understand is Zeos’s insistence is power.

Well sometimes im wondering the same thing also.
Z said like most if not all headphones needs an amp. One time i noticed in a individual speaker driver in a audio project needed quite a lot of power and volume before the “sound opened up” and actually started sounding good. Same thing goes with some passive speakers.

Could it be the same thing with some headphones?
Z also mentions the push many times, while listening very loud. So would they need big power, some volume before the headphones or sound might open?

Any case. If someone really pushes their headphones on ~100dB rates long times… well it’s not good. Specially if going even louder. Region of dumm amounts volume.
I normally go in the range of speech - trafic levels of volume being at 55-80dB. It’s very easy to go to loud.

I think Z is just a very loud listener, that’s why he always needs All the power.

That would also explain some of his frequency response comments where slightly rolled-off responses sound just right to him and Harman-bassy responses are “too much bass”, and veiled/warm headphones sound just right in the treble etc., and would also explain why for so long his sound demos have been tuned to be so muffled. Louder = more bass and somewhat more treble. He hears things this way because he’s turning them loud AF.