Have the Burson Soloist now. Hear great things, especially at the price, for the Draco, but then for the Soloist people say using your pre as a volume knob to bypass the Burson is worthwhile. The idea I could feed a tube amp sometime in the future at the same time is also nice, but it also seems the Burson might be the one exception where you could go your whole life without tubes for what it brings to the table. I was pretty set on R2R, but when Golden Sound says it’s right up there with the Ares, the idea of there being a SD DAC under $1K that’s actually worth looking at intrigues me. Such a tough decision.

I love my Draco. Best purchase of 2021. Unfortunately I can’t compare to other R2R dacs or the SMSL.
But what I can confirm is that the proclaimed special R2R sound is real.

Hey @thoohil, could you comment on any impressions you have of the Draco? Or just in general, what stands about it that you enjoy?

If it were me, I think I would be looking at the Draco. I totally forgot about this DAC. I am so curious about the R2R architecture. I have heard good things about it as well.

You just need to buy the Frerot and the Draco and do a 3 way review so you can tell me whether I made the right decision. Biggest thing that kept me away from this DAC is that it only outputs 2.8V

I totally concur with Tharbamar’s impressions: 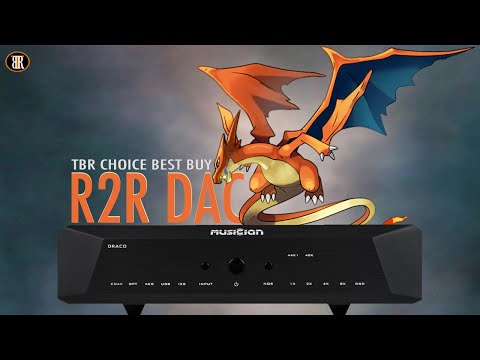 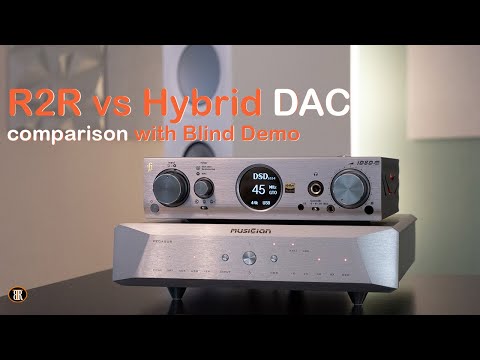 To be fair, just because 2 DACs sound different doesn’t mean that’s the DS vs R2R difference. I mean I bought a multi bit DAC so don’t get me wrong, I’m a believer, I’m just saying, in theory you could replicate a difference that’s substantial between two R2R Dacs or 2 DS Dacs

I know what you mean. In my short time getting more serious about the hobby, so far I have had two DS DACs in the SMSL SU-8 and the SMSL M200. The SU-8 had the Saber ESS chip in it and the M200 had the AKM chip. Of those two, it was neck and neck, but I think I prefer the ESS chip over the AKM by a very slim margin. Both performed very well. Then I was able to finally get my hands on a Bifrost 2 and their multibit chip.

I don’t know if it’s the architecture itself or the way it is implemented, but the BF2 definitely separates itself from the other two. So where to go from here? The R2R architecture is looking good to me at the moment. Seems like the logical next step for me. But man, do you go Draco or Pegasus? We will see. Whenever that day comes. Probably gonna be a while.

While not the ONLY thing, the build is “worse” in the Draco in an attempt to bring 97% of the Pegasus experience to the Draco. Remember, you’re getting the Merason AND the Draco and reporting back to me which I should have

My God man, if I could get both of those devices on my desk at the same time… I wouldn’t know what to do!

I’m a sucker for balanced output as well, and both of these have that. I’m still leaning towards R2R. It seems it’s an itch I have to scratch before I hang up my headphones…

I watched several reviews and I actually ordered the SMSL VMV D1SE to at least try out. It seems like the R2R DACs lean more towards having a better timbre but are a little slow, to @Chifiguy’s point. Goldensound has a good review of it and finds it to be very balanced and a good “all-around” option between a Bifrost and an R2R like the Ares or Draco.

I can always return it if it’s not to my liking.

Very cool. Anxious to hear what you think of it. As a side note, the more I look the more DACs I am finding that I was not aware of. For example, Singxer has 2 pretty nice-looking DACs in the mid-fi arena. The SDA-6 uses the latest flagship AKM chip.

The space is getting competitive!

Well multi bit is R2R, so if you’ve got the Bifrost, you had an R2R DAC. If you ask Schiit yes/no is the Bifrost an R2R DAC they will say yes. The Draco is a fully discrete ladder DAC, but if you want to know R2R you’ve already been there, my friend! That’s the beauty of the multi bit DACs like the Merason or Bifrost, you’re getting the R2R benefits without as much of the sacrifice. The thing with discrete ladder is that they’re just so much more expensive to build so in a way you’re getting less DAC for the money (depending how you look at it of course. If you hate DS Dacs you would probably not agree with that) in terms of out and out quality, hence why an R2R DAC that can match detail and clarity and speed of a DS will be much more expensive than the DS that could do the same. That’s okay, its a sacrifice many people considering worth making (like us) for the better sound stage and timbre 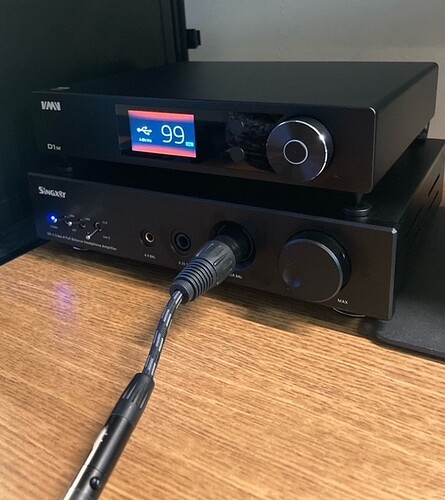 D1se came in today, trying it out. Enjoying so far!

I’ve been listening to this for a few hours now. @Ohmboy or any mods, feel free to move this to another thread specific to the D1se (there isn’t one yet); don’t wanna hijack OP’s thread.

Initially it was a little sharp to me but that’s because I’m sensitive to treble; it didn’t take long for my brain to adjust to the sound and start enjoying it. It’s really hard for me to pinpoint its sound signature, but it’s definitely different than what I’m used to. For reference, I’ve owned the Grace SDAC, Modius, Bifrost 2, FiiO K9, and now this. I’m running into a Singxer SA-1 with Focal Clear Mg and TYGR 300R (6XX will be here Tuesday).

It’s got a bunch of cool features and I’ve been playing around with the “sound color” options - Goldensound has a video where he goes over what they actually do, but I like the standard sound as well as the various Tube options, sort of simulating that it’s going through a tube amp.

I think I really agree with his thoughts, coming from the Bifrost 2. He’s right, the Bifrost is punchy and fun. I think this is a good, neutral, “all around” DAC that would be good for most genres. It actually does make me miss my Bifrost though because, as he says, it was so good for rock / metal which is what I listened to mostly, but the D1se definitely has a little more soundstage and more detail, particularly in electronic / chillstep music which I like to listen to.

For example: Ambyion & Shockline - Floating - YouTube - I really got sucked into this one and kinda zoned out for a few minutes, completely forgot what I was doing lol. Very nice presentation.

So I’m gonna hang onto this one for a while and keep listening. I think you’d be hard-pressed to find a better DAC with more features in this price range, and switching over to similarly-priced DACs would be more of a preferential side-grade instead of being outright “better.”

Yea… I tried out the VMV D1se and it was good. I couldn’t really hear much of a difference with the sound filters. But the soundstage and depth from it is good.

I ended up sending it back and upgraded to the VMV D2 Dac… which I have paired with the Burson Soloist GT. They work really well together.

Well and that’s kinda my point, right? I think to really get any meaningful improvement you’d have to upgrade up to the $1000-1500+ range. I’d like to hear that D2 DAC as well as @Chifiguy’s Merason Frerot DAC.

I too have treble issues that mess with my head nerves. Would you say this is less harsh or warmer? sound. I think I would like a warmer sound. I’m looking at this DAC the SMSL SU-9 and the SMSL SU-8S, SMSL DO200, LOXJIE D50, LOXJIE D40, SMSL M500 MK2, and the SMSL VMV D1SE or the SMSL SU-9N. I stream music with Tidal and never heard MQA but would like to have. I have an SMSL SP200 Amp with Hifiman Ananda and soon will get Focal Clear or Elex.

I was curious about that. I read where someone called it R2R on a chip, basically. So yeah, I guess I do have an R2R DAC. And I love this DAC! If anything, the discreet R2R implementation is what interests me next. At least as of this moment. The only thing about discreet R2R is that you pretty much have to leave them on all the time. Given what I just saw on my last electric bill, I’m not sure I want to do that. I have been leaving the Frost on while I have been working from home to see if the sound improves over time. The results are inconclusive!

Having said all of this about R2R, that D1se is looking pretty good. Thanks to @alphamarshan for sharing his experience with it so far.

I too have treble issues that mess with my head nerves. Would you say this is less harsh or warmer?

I wouldn’t say it’s warm; I think other reviews nail it when they describe is as very neutral. It doesn’t present itself in any way that is overly bright or sibilant to me, if that’s what you’re worried about.

But it is definitely not as warm/dark as the Bifrost 2. I think it is a very good “all-around” DAC that doesn’t do anything poorly, whereas something like the Bifrost 2 is unapologetically more “fun.”