Hi, I am fairly new to the “quality sound” world and know very little about headphones. I have been using gaming headsets up until now and I’m looking to upgrade.

The requirements are the following;

When I started looking for an upgrade, after some extensive search on YouTube, I came across the Sennheiser GSP600 which I was also thinking of pairing with the GSX 1000 Amp/Dac. But then I came across Z’s video about how headsets are generally not as good as headphones with an add on mic. And that’s what brought me here.

Should I go for the GSP600 + GSX 1000? or do you guys have some suggestions that would be better than this setup?
like XX headphone + AntLion ModMic + GSX 1000 (OR some other Amp/Dac)?

Please give suggestions and explain why it’s better than this headset. (again, I’m new to this and looking to learn so I can make a good decision)

I recommend utilizing other types of DAC and amplifiers that are not marketed to gaming, because frankly you will usually end up with a better product.

Quality gear for a DAC and amp combo might be something like a Schitt Magni 3 and Modi 3, but there are many options. If you wanted a one-box solution, then a Topping DX3 Pro might be a good solution. Should you want to stick more with the gamer aesthetic, then perhaps a Creative X7.

I personally don’t recommend active noise cancelling as it really limits your choices and does affect the sound you hear. Below is a link to Zeos’ Reddit post with his ratings for headphones: 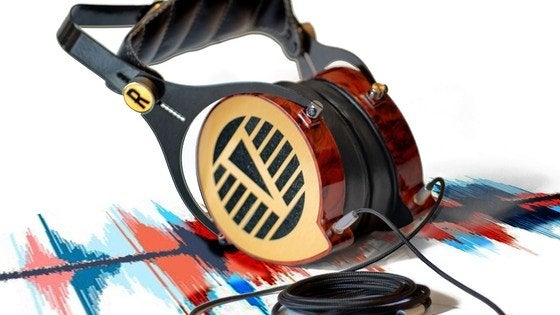 If you have the chance, then do see if there is a local retailer or hifi store in your area to try things out and see what you like.

Good idea on the mod mic. As for virtual surround, I have never heard one that I liked better than stereo on a good pair of headphones. Games essentially already present in stereo when set to 2.0 or headphones in settings what would be considered representative of a 3D space. Soundstage is the appearance of distance in sounds from your head. What benefits you in gaming is imaging or being able to tell the exact direction the source of sound is coming from.

On good headphones you can have both a wide soundstage and exact imaging.

If you like bass and soundstage, then something like the Fostex T50RP III or Fostex T60RP may suit you. You will need a fairly power amp to properly power and get the most out of these headphones.

Thanks for the link to the guide. I have been looking around that list and here is what options i have come up with so far:

I am just wondering how does the GSP 600 compare to the Argons or some other headphones in the same level?
Also what alternatives would you guys suggest instead of the Argons? Closed cans, for gaming, good imaging and sound stage, bassy.

PS: how would headphone that are hard to drive sound like when not plugged into an AMP and are just working directly from my phone? if i want to use them on the go, should i be looking for a set that is easier to drive?

Forget about Steelseries, long ago when I knew nothing about good sound, I had a pair, it broke and I got Sennheiser HD555s, big step up in sound quality.
Now I have HD58x and they cannot even be compared to the above.
Like Zeos said in his video HD58x is a buy of a decade, for the price they are amazing. And you do not even have to have an amp right away since they are easy to drive, only 150Ohms impedance.
Also, for the money you save, you can get JDS Atom amp that everyone is giving good reviews and any of the popular 100$ DACs.

I have not tried Argon Mk3, but I heard they were warm with nice bass, but probably not as detailed as HD58x

The only problem i have with the HD58X is it’s open cans. Whenever i am using headphones there are generally people around me that would not be pleased with what i’m listening to, especially at the volume i like to listen at. I dont suppose there is a way to mod the HD58X and put on a close back instead?

As for the AMP, i saw Zeos review of the Topping MX3 and i was sold. in that same review he also wired up the JDS Atom after the MX3. Not sure the purpose of doing this, but it’s an option.

if you need closed cans, look at the Monolith M1060C by Monoprice. they can be mod to open back and let you switch back and forth so you can benefit from the wide sound stage and airy feel of open backs.

As for the AMP, i saw Zeos review of the Topping MX3 and i was sold. in that same review he also wired up the JDS Atom after the MX3. Not sure the purpose of doing this, but it’s an option.

I think Zeos was comparing the built the AMP in Topping MX3 to JDS Atom, while still using the built in MX3 DAC.
Regarding closed backs, there are a lot of options that all come down to the price you are willing to pay. This website exists for exactly this reason

Run through the guide and see your options and watch reviews for them.

PS: how would headphone that are hard to drive sound like when not plugged into an AMP and are just working directly from my phone? if i want to use them on the go, should i be looking for a set that is easier to drive?

In my experience (not Argons but other headphones) You will probably struggle to get them loud enough and they might sound thin and lack punch without good enough amping.

What’s the maximum Ohm of Impedance should my headphones have so that my phone (Pixel2) can handle before the need to plug them into an amp? For example: i was exploring the idea of buying the Beyerdynamic DT 770 Pro, i can get them in a 250 Ohm model, or the 80 Ohm model. I am guessing that for the 80 Ohms can be used on my phone and the 250 Ohms will need an AMP. But i’m also curious about what is the difference in sound quality?

Generally speaking anything under 32 ohm load was considered low impedance and considered easier to drive.

Smart phones and another sources have come far in the past few years where you could probably do ok driving headphones up to 150 ohms at reasonable but not loud volumes of the headphones were sensitive enough (over say 98 dBm), but for very dynamic sounds and music tracks (be it bass or great dynamic range) may not sound full or be properly driven.

I have spoken to a friend who has and uses the Artics Pro and he is happy with it. Does not use it for music, but he prefers it for discord and gaming despite having a desktop mic. It will not need an amp as it is wireless. He has not dropped the connection when wandering around his house so it is a fairly good wireless device.

Z Reviews went over the Sennheiser Game Zero a while back and for the task of gaming, he thought it would be fine for competitive gaming. If the design language and goals have remained the same, then perhaps the Senn GSP 600 would not be a bad headset for competitive FPS (some low end and elevated treble for more footsteps). It would probably not be recommended for music as the other non-gaming headphones other have been recommending.

Argons are wide and bass rich (warm) where they would be ideal for a more casual gaming crowd and good for bass heavy music. Argons are based off of the Fostex T50RP headphones and there are more than a few modifications like the Modhouse Argons. Also, you could go on Amazon after watching the Z review and several other reviews and buy the Fostex T60RP.

To recap, if you want wide and bass, then the Fostex T50RP mods are probably what you want.

I though Pixel2 does not have a headphone jack?
If its true then you would need a bluetooth amp to pair with your phone to connect your headphones, as such impedance is not really an issue since those amps are pretty good.

the phone comes with a USB-C to headphone jack adapter

Oh I see, I wonder if there are specs provided anywhere, how much power can be supplied to the jack.

From all the headphones mentioned above i do think i would like the Argons the most. But i’m not sure if i can wait for over 2 months to get them. I’m wondering if i could buy a pair of T50RP and just mod them myself?

I’m currently exploring other options. But from the reviews i’ve seen so far, all the other options seem inferior to the Argons. (for under $400 USD headphones)

Do note that Argons are really hard to drive according to reviews, phone will probably be not enough to get any reasonable sound.

Yes i realize this. It is because of this that i’m conflicted.
a) Do i get easier to drive headphones so that it would sound amazing when used with my phone?
b) Do i get a portable dac/amp to drive those 250Ohm type headphones on the go?

Also, assuming the headphones will be plugging into an Amp to drive them properly, is there any benefit of having higher Impedance over a lower Impedance set? like in the case of the DT770. is the 250 Ohms superiour to the 80 Ohm version? and why?

I do not know what the guy that is Modhouse does to make things magical, but I suspect it is quite a bit of work to get them to sound like Argons. It is always possible to find something on the second hand market, but that is its own set of concerns.

Here are the T50RP Mods on Z Reviews:

Do note that Zeos considers the T60RP to be a T50RP mod.

Not a rule, but high impedance headphones are generally more tolerant to more power and is much harder to overload. Many say it gives a cleaner and fuller sound, but my personal thoughts is that if it does sound different, then the company making otherwise identical headphones has failed to tune for the differences equally.

So yeah, sonically in the modern age, there should be no difference.

I was just looking at the original specs of the T50rp and it says that they are just 50 Ohms, so why does Zeos say that the Argons are hard to drive? does this mean that whatever modding was done it to also increased it’s Impedance? Anyone know how much Impedance the Argons have?