Given the increasing interest in R2R / Multibit / Ladder DACs I think it would be interesting if contributors with experience can throw in some ordered lists of the best and worst and everything in the middle.

3 Likes
Would the Hifiman Aryas be good headphones for gaming and listening to music? I’m thinking about upgrading my setup
Kierkegaard June 14, 2020, 11:44pm #2

so a review of Audio-gd R2R and comparison with Schiit Audio Modi Multibit: 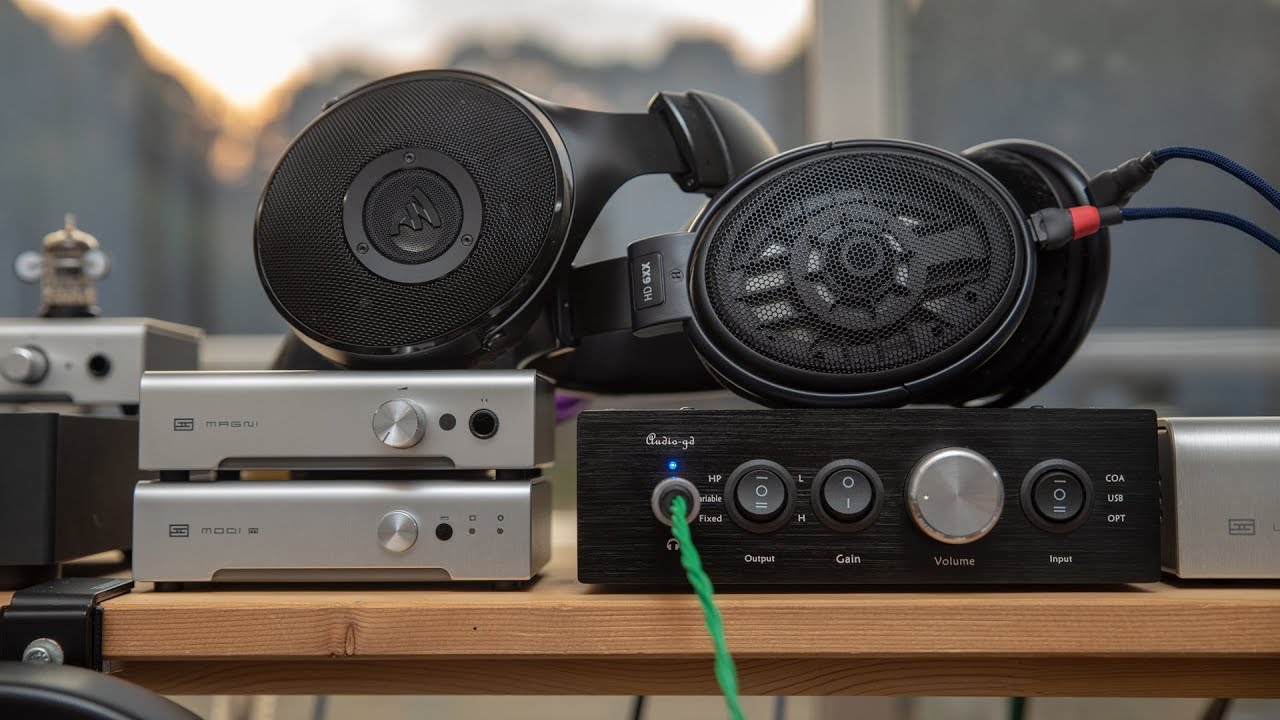 Why R2R DACS can sound BETTER than any other DACS: 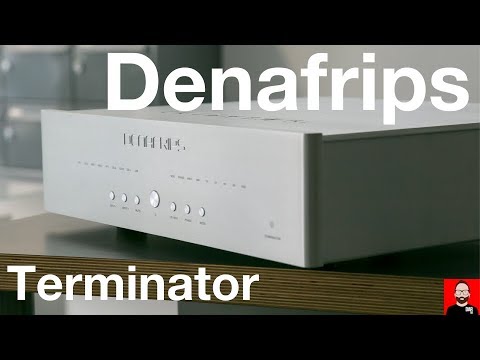 As an owner of two R-2R DACs plus a multibit DAC, I think I may be able to offer a rudimentary comparison.

First, why might one choose R-2R (also known as resistor ladder) digital decoding versus the much more common delta-sigma (DS) type? I’m no engineer or audio scientist, so getting a grasp of this stuff has been a bit of a challenge. The consensus seems to be that R-2R DACs measure poorly but sound more musical. Some listeners have called DS DACs cold and sterile compared to their R-2R counterparts while I personally find DS DACs to be a tiny bit less interesting, just a shade on the boring side.

IIRC, DS DACs make a lot of guesses and approximations when decoding a digital signal, then use a series of filters after the fact to clean up the mess. In contrast, by using a large number of precision resistors, R-2R DACs can achieve a high degree of accuracy - a large number of (correct) decimal places in the output voltage level - without having to compensate. This is just how I understand it - feel free to correct me or elaborate on my super simplified explanation.

Schiit’s Modi Multibit (“Mimby”) was my first experience with this different method of digital-analog conversion. If I understand correctly, Schiit’s multibit processing isn’t actually “true discrete” R-2R methodology, but it’s a lot more affordable. My Mimby has been a highly enjoyable workhorse. It can be a great, affordable introduction to anyone looking to dip their toes into the resistor ladder pool. Since I have moved on to the next level (read on for details), I plan to sell this sweet example of American tech. PM me if you’re interested!

My most recent purchase was the Denafrips Ares II, a balanced R-2R DAC. It sounded straight up amazing right out of the box, but to make sure I hadn’t wasted my money, I did a little A/B testing. Using the same music, amp, and headphones, I compared the Ares to the line out of my iBasso DX160 DAP … and felt that my expense on the Ares was completely justified. What a difference! The iBasso has dual CS43198 DAC chips - not garbage by any means - but compared to the Ares, I felt like I was only getting 90% of the music. Boosting the volume didn’t help - some of the details of the music were just gone. The Ares brought the details up to what I would guess is 95%. That completeness of the sound is one of the things you are paying for when investing in a quality R-2R DAC, as well as the black background (little to no noise) and enhanced separation that others have mentioned. I suspect that if I were to move up to the next step in the Denafrips line, the Pontus, I could expect 97% detail, and the top of the line, the Terminator (the so-called king of DACs) could deliver 99%.

Side note on my Ares - the sample rate LEDs helped me realize that the Poweramp music player app I’m using forces you to upsample/downsample or manually change the output format, rather than automatically changing the sample rate from track to track like a reasonable music player. Back to the Mango player, such as it is. But those LEDs are nice to have!

Between the Mimby and the Ares, I acquired a used Audio-gd R-28, which is an all-in-one balanced DAC-amp combo. The used price was actually less than a new Ares, so I’m going to call it a win. I would have to rate this unit at being able to reproduce 93% of the music’s details, falling between my DAP’s built-in DS DAC and the Ares. Audio-gd seems to be a little more of a mom 'n pop company than Denafrips, and I have run across a few quirks plus one major flaw in my R-28. The flaw has to do with the coaxial input. If you select that input on the DAC, then send it signal, then discontinue the signal (i.e. turn off your DAP), it sends a continuous ear splitting (but not headphone destroying) shriek of static to the output. I learned quickly to switch it to an unused input before walking away.

On the amp section of the R-28, it is similar to three out of four of the amps I have experience with that have both XLR and 1/4" headphone outputs. The problem is that you can’t select which output is active, an option that’s convenient if you want to leave two pairs of headphones plugged in and only listen to one of them. The SMSL SH-8 lets you choose balanced, 6.35 mm, or both, but on the R-28 both outputs are active all the time.

A couple of fun things I love about the R-28 - it’s full of relays, so changing the volume or any of the other settings gives extremely satisfying audible feedback in the form of soft mechanical clicks. Some folks loathe blue LEDs, but I adore the blue 7-segment displays that Audio-gd uses on their gear to indicate volume, I/O status, etc. If you can get past the ridiculous footprint (very odd width and depth) and some of the other little quirks (like unscrewing the top panel and moving jumpers to change the oversampling and PLL modes), it’s a competent and convenient unit, especially if you can find one at a used price.

Hope this was useful!

Very useful.
Especially this part about the reason why what seems to be a much more accurate technology is actually less faithful to the sound:

IIRC, DS DACs make a lot of guesses and approximations when decoding a digital signal, then use a series of filters after the fact to clean up the mess. In contrast, by using a large number of precision resistors, R-2R DACs can achieve a high degree of accuracy - a large number of (correct) decimal places in the output voltage level - without having to compensate 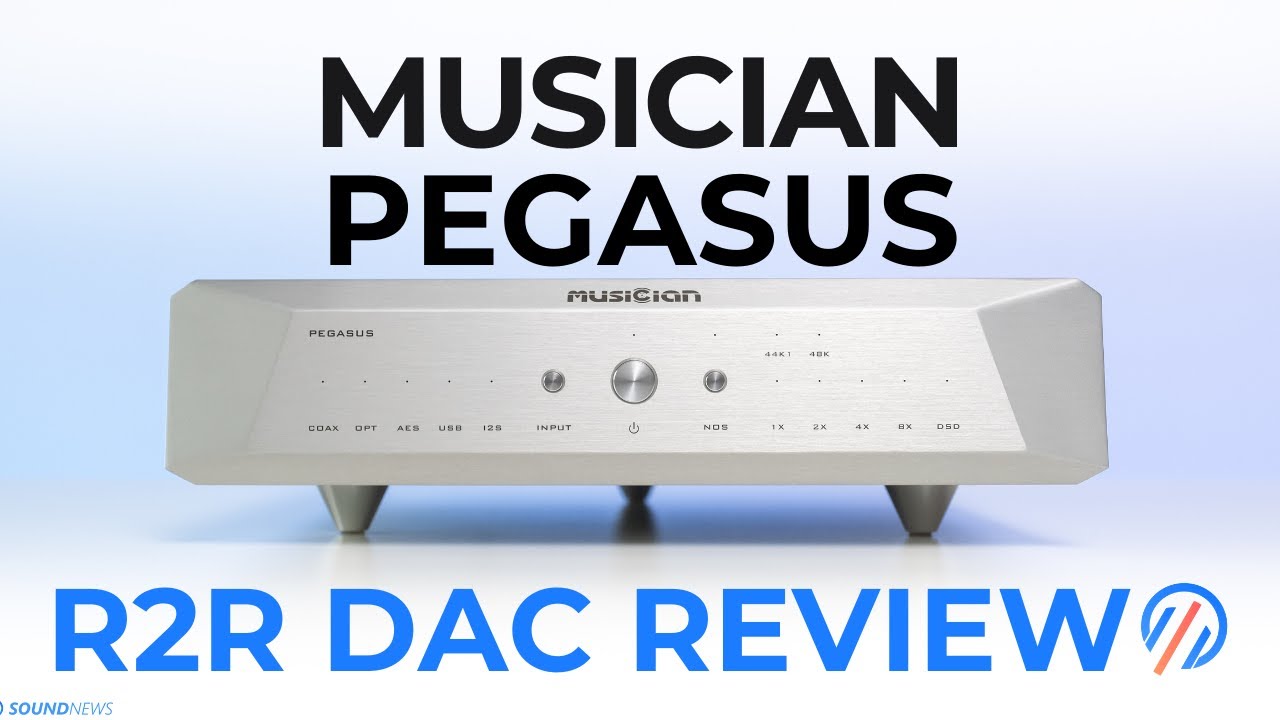 Really informative review. I can’t help thinking that r2r seems more and more of a no brainer, unless I suppose you mainly listen to EDM, which seems inherently suited to sigma delta dacs. I could be talking nonsense however, since I’m not talking out of experience, or any real theory.

I wonder if the Schiit Modius, which isn’t r2r, has anything in its architecture that is supposed to mimic an r2r sound. A few days ago I spoke to the official Schiit distributor in Italy and they said that Schiit was phasing out the Modi Multibit in favor of the Modius.

Well the Mimby uses a discontinued AD5547 chip, so I don’t know if they have sustainable stock levels to continue to make it. I can see it as a business decision of offering the Modius as the $200 price point DAC rather than the Mimby.

Though to my ears, and as part of my chain, the Modius indeed sounds like a Delta Sigma DAC.

You would be incorrect. R-2R DACs handle the layering and separation better than most delta sigma’s (unless you drop a TON of money).

The analog portion is just done by Schiit and using whatever they’ve been using in the last year that has been we received in the community.

Very nice post Sir!
As I have spend some time finding the right Dac and ended up with the Ares ii, I find this topic quite interesting. Dac’s and especially R2R Dac’s need more recognition for their contribution to the sound chain; I was very impressed with the Ares ii as you are the first time you replace a low tier element with a significant higher tier piece of equipment.

Your findings re the Ares ii are more or less equal to mine (especially the lack of noise, high detail level and the seperation of instruments are my major areas of improvement) and it is a Dac I can only recomend and if you are looking for a serious upgrade Dac vise, this is for me a no-brainer to get.

You would be incorrect. R-2R DACs handle the layering and separation better than most delta sigma’s (unless you drop a TON of money).

This I can attest to as my Lampizator Amber 3 uses a delta sigma design (with tube rectification) and adds amazing layering and depth plus height to music with pinpoint imaging and spatial accuracy. More than a few people I’ve come across on various forums who own or has owned a Lampizator have said it is one of if not the best DS implementation they’ve heard.

But like you said, it’s expensive. The amber 3 is their entry level DAC at $3500 and from there it almost doubles in price to their next offering.

So yeah you gotta pay for a good DS implementation but it exists.

Awesome write up, very informative. At one point i was looking at getting one of these as well as a Bifrost 2 but decided to go higher up in the range in the end. I still plan on getting a BF2 for a secondary setup sometime in the future when they finally get their schiit together! (im sorry

I’m still interested in trying out the ares ii at some point. I’m actually thinking about grabbing one for my stereo setup but there is a lack of info regarding how well it works in a speaker setting. If anybody wants to try using the ares with their 2 channel system and report back here with their thoughts I’m sure it would be a great read

Ok. So even for EDM they work better. I don’t listen to EDM so I don’t care much for it. But it’s interesting to know anyway.

Have you had any experience with the Soekris Dacs? They seem to be making waves. They’re always sold out and aren’t relatively all that expensive

In general I was wondering which Sigma delta dacs come closest to reproducing a similar sound reproduction to the r2r. I have a cheap zen dac with the burr-brown chip.

Also, perhaps there are certain pairings of SD dacs with certain amps that come closer to an r2r sound.

In my opinion, R-2R and multibit kind of dominate the mid-tier range. I am sure there are some outliers, but DS DACs won’t really sound superb until you get really up there.