This is the official thread for the RØDE NTH-100 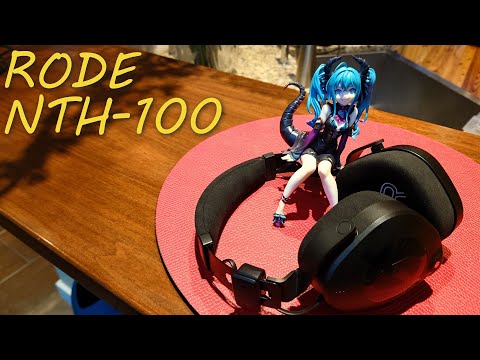 Would love to hear more opinion on this. Looks super interesting and could tempt me to get a second hdp

Same, I should have mine here early this week.

back to measurementshome published: Apr-02-2022 NO SMOOTHING is applied to the shown plots. Most measurement sites have some smoothing applied which ‘irons flat’ sharp peaks and ‘wiggles’. I do not…

Graph looks strange.
-Open back bass roll off on a closed back?
-10k notch on a flat plate measurement without artificial ear?

Also the comparison itself is a bit odd…
Why the HD650, its open back, not in the same price range and it’s not “studio” headphone even by Sennheiser themselves, just because a lot of people heard the 650s doesnt make them any sort of benchmark

There are plenty of closed back studio monitoring headphone, a recent example is the DT 700 Pro X, or even the MDR 7506 they mention at the end of the review that had been more suitable for a head-to-head

Am still waiting for more impressions about this headphone. It looks very comfy, and it looks quite interesting.

It looks strange as it’s compensated (I assume). Edit - actually that statement is incomplete, is just read the details of his test setup.

I do believe the 650 is a good comparison for a claim of neutrality.

according to Andorama they’ll be $250 later $150 is a discount price apparently
update: apparently mine is on backorder, hopefully it’ll just be a bit longer for me to post any impressions

With strange I just mostly mean that the bass on the NTH-100 (closed back) rolls off like on a HD650 (open back). On a closed back you normally want a small bass shelf or at least no roll-off in the sub bass.

Pretty sure it is not compensated. It looks so flat (no pinna gain between 1k- 3kHz) because it is a flat plate measurement without an artificial ear. Basically a microphone in a wood plate. 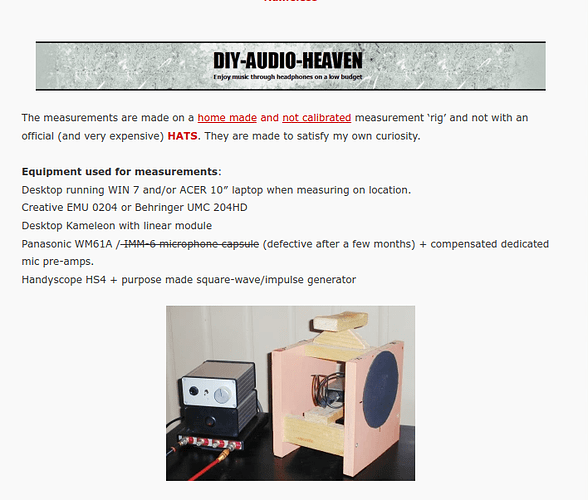 Edit - actually that statement is incomplete, is just read the details of his test setup.

Edit: saw this too late. Leave my reply in case anyone else wonders why the graph looks so different from others (oratory1990, crinacle, The Headphone show)

While DIY Audioheaven might not have a professional GRAS rig like others they provide a lot of extra info or measurements. Like how a seal break with different glasses effect the bass response, measurement on high output impedance amp or in case of the NTH100 how the sound changes if you don’t close the second 3.5mm jack on the headphone with the rubber plug.

Guess they mainly target music studios. If you go up in price too much they keep buying the DT770 like the last 40 years.

Guess they mainly target music studios. If you go up in price too much they keep buying the DT770 like the last 40 years.

Exactly that. The cheap&familiar works and will keep on working.

they look awesome tbh, I looked for ages for a good closed back with non leather pads that had a decent frequency response (so not the 770s), ended up going for the 177x but that’s way more expensive, same for the 700 pro x…

So i got my pair today via amazon UK i sat down to listen for a couple of songs, now im not as “well versed” as some of the most experienced folk around here but ill give my initial impressions.

Overall i think its a contender - might not be the 2nd coming of Christ, but i think its very solid on all fronts in its price range.

Sound
I didnt have much time and only got to sit down and listen to it, but here is what did get

I really enjoyed them, i did a quick swamp on 3 different stacks Warm (IFI zen DAC + Can) / Neutral ( Topping A50s + E30) and Hybrid (Loxji P20 with Russian tubes + Topping D10 Balanced), i tend to love warmer sounds and i think something like the IFI or even tubes fit it pretty nicely. i get why Zeos said he just wanted to keep turning it up, its a fun sound, very intimite with a nice kick in the bass. 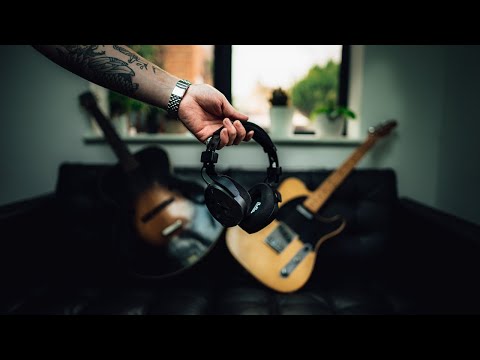 Just got my set. Definitely sound netural, sine sweep pretty good. Sub bass roll-off and a bit of a drop around 7, but doesn’t seem dramatic as solderdude’s graph would suggest. Seem to be aligning with my expectations so far. Natural sounding, closed back…

A few other comments. The build seems excellent. They have a very solid feel, nothing flimsy. Lots of steel / metal bits. Even the back of the cups, which are plastic seems very nice. They feel heavy in the hand, but for me at least, not so much on the head. Cups are relatively small. Maybe bigger than the Creative Aurvana type, but not by much. They are pressing on the back of my glasses arms a little. We’ll see if that becomes an issue. Pads very soft. Adjustment mechanism might be the best I’ve ever seen.

I agree with you on all fronts regarding it. Received mine yesterday and I need to listen to it more to make sure my impressions are not tempered too much by bias. The only thing that I can see why there is diverging opinion on this headphone may be due to how loud people play their music. I listen to music at around 70-79 dB and these sound great. At lower volume (lower than 70 dB) they definitely present a more flat frequency response.

Early impressions are that this is a great headphone at this price, and I like how it sounds and performs better than my other closed backs which are all more expensive and range from 2x to 5x the cost of these. These headphones being the LSA HP-2, Austrian Audio Hi-x55, Pioneer SE Monitor 5, and the Final Audio Design Sonorous 3. While the HP-2 is technically more capable, it’s timbre is disagreeable to me.

Please compare which sets are more suitable for monitoring and mixing between NTH100 & K361 thanks!

Sure ill throw in the Sony MDR 7506 in the mix (since its also a monitoring headphones) as well, but it will take me a bit