Love the set up, dude - really impressed and slightly jealous!

But seriously, do you have a website for your photog work? I believe I may have seen your work in the past, but I have since lost the link. I’m always looking for more inspiration. I shoot film on occasion as well - Mostly for family type images, never professional as I don’t trust me self enough, but it is great fun. Developing film is a painful process if you don’t have the right working environment though, I’ll tell you that!

There is a lot of stuff i dont upload ( shoot of a lot of NSFW stuff), 99% of it has been digital, film has been a "just for the fun of it kind of thing " for the most part though i have used it in some paid gigs.

Unfortunately in my neck of the woods film has become extremely expensive im talking 20$+ for a single roll of film (its all around the world but it particularly bad here), but this is new set up has been a reason to rescan and re-edit all my old film stuff - buying cheap DSLR + macro lens is cheaper than the fancy scanners and you get much more software support.

Ahhh I gotcha - then I’ll have to skip on the viewing party as the wife may not be too thrilled about the NSFW stuff - that’s not to say I don’t respect that though, I think that type of work is incredibly difficult to get right but when the results work, it can be quite beautiful. In Art school, my main subject was human body studies, so I’m familiar with that in a different vein.

I bet You have great work on your insta, brother! I have also wanted to try that “cheap DSLR + Macro lens” way of digitizing Film and “developing”.

What is your main digital camera set up?

Thanks, and dont sweat it man, wasnt planning on posting it, would probablly get my kicked off the forum

As far as gear

I love primes but you gotta have some flexibility when working

LOL - I get it, man. No worries at all - it could be seen as a little risky on a public forum but to me, it’s all art.

I have some experience with that Tamron 28-75 and I have to say, for its price it’s a fantastic little piece of kit. I shoot Nikon personally, I find the overall handling of Sony cameras leaves something to be desired. I will say though, the autofocusing system on board those Sonys is a work of art … really makes me consider switching some times.

Totally agree Nikon’s ergonomic are way better and I love the Sigma 35, but the supplier where i live is horrible, so after the swtich to sony i switch to samyang (BTW samyang and Rokinon are the same company

Yeah, sorry - My apologies on derailing the thread

I did actually know Samyang and Rokinon are the same brand, I forgot to mention that! 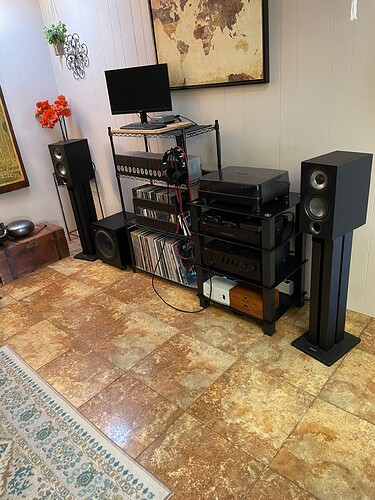 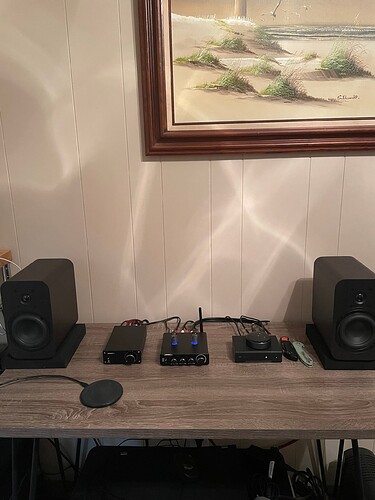 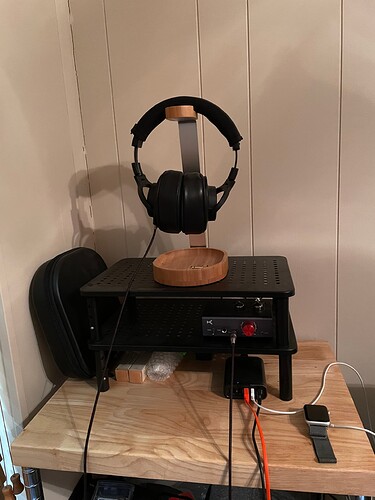 Not end game by any stretch of imagination, but this is where I am at right now.
ProJect S2 Ultra StreamBox
ChordQtest
WA-6 SE (with 2 x 500GB HDD as support)
Archel 2,5 (as pre-amp)
RebelAmp

When it comes to sources, this should be my endgame for a while 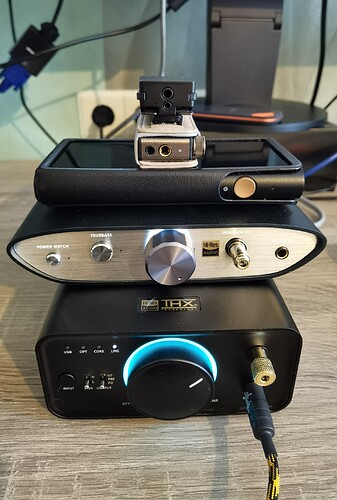 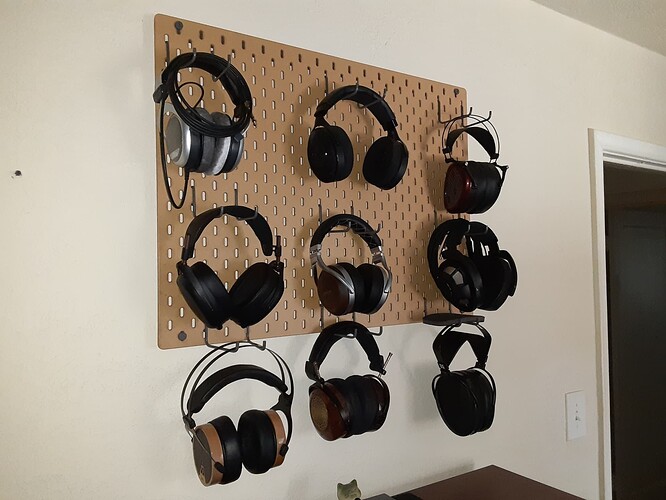 Any suggestions for an addition different from the HPs already pictured? Headphones that’ll blow my mind?

You are so right

But hey, at least it´s not another source 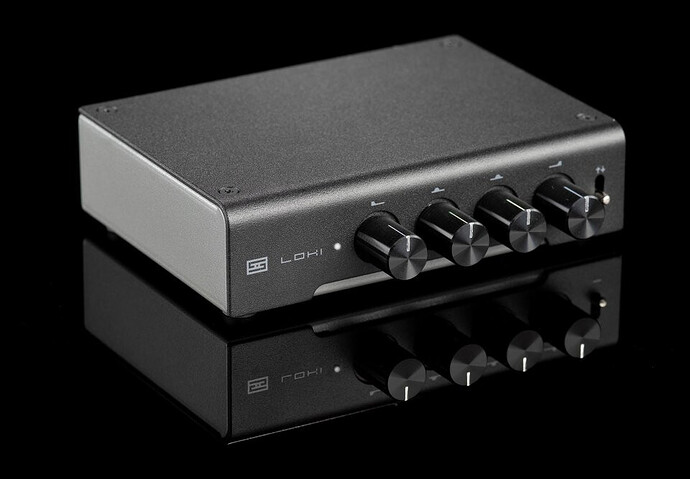 I like the idea of quickly tweaking the sound with hardware knobs…I see myself using this way more often than sotware EQ, especially when shuffling through my playlist with all kinds of genres and recording qualities

( i sadly cant get Schiit products).

There’s the obvious choices of Susvara and Utopia, if you are willing to build systems for them that will allow them to really shine. Could also look into E-stats, like the Stax SR-009, the Hifiman Shangri-La Jr, or Warwick Bravura. Erzetich might be worth looking into. They’ve got some review units out right now making rounds that are getting pretty positive views. You’ve got a pretty wide mix, so you might be someone that likes the Sendy Peacock.

I also got a good feeling about it, can´t go wrong with that option of tweaking the sound i guess

@Naturallymorbid true that, it´s an addiction but at least it only kills our wallets!

Where are you from that you can not puchase Schiit?

Israel, but getting their product outside the US is a nightmare (also the whole 110V is a pain in the arse) 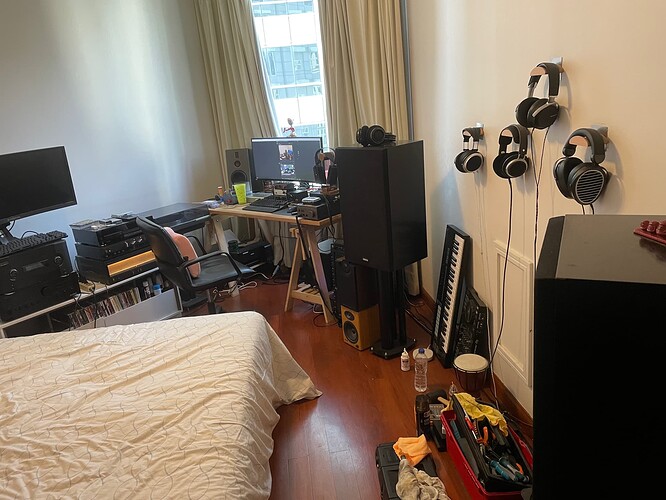 My current favorite desktop daily driver… I feel like the difficulty of driving the HE6 SE v2 is a bit exaggerated… I am using a schiit stack with Magni on high gain and it sounds pretty decent! 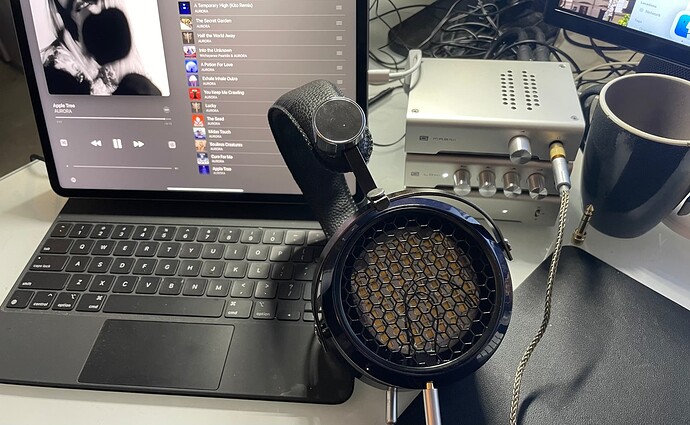