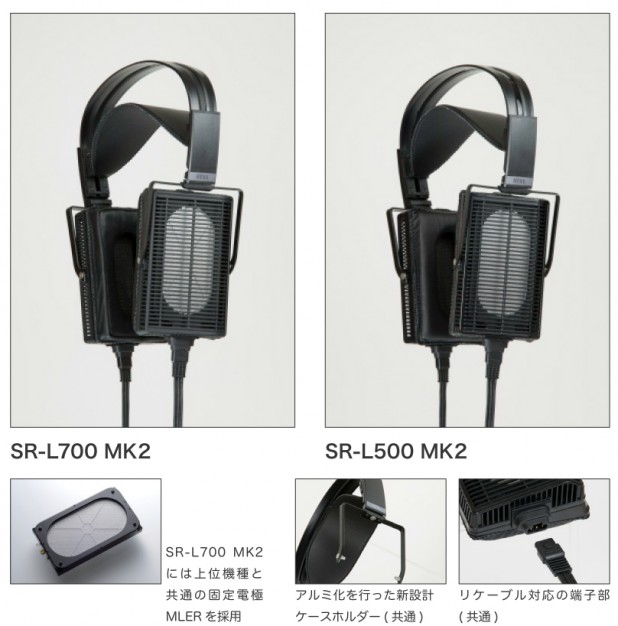 The MK2 models have adopted the cable-exchangeable structure as well as the case holder made from aluminum aiming at user-friendliness and wearing comfort when listening to music. The MK2 models have adopted the cable-exchangeable structure as well as the case holder made from aluminum aiming at user-friendliness and wearing comfort when listening to music. Exchangeable cabl…

The MK2 models have adopted the cable-exchangeable structure as well as the case holder made from aluminum aiming at user-friendliness and wearing comfort when listening to music. Exchangeable cabl… after watching Z’s review of the L500 & L700…I want the L700. would the 232 energizer work with them? well, technically they will…but will it do them justice and let me hear them to their potential?

I hope Z has shares in STAX, thanks to his reviews I pulled the trigger on some 700 MK2’s. I regret nothing!

Added bonus: This Halloween I can go as a Cyberman and listen to STAX in public. Win/Win?

let’s hope a yahoo doesn’t smack them off your head and break em!

I KNOW! Imagine if someone coughed near you…plague exposure for months! 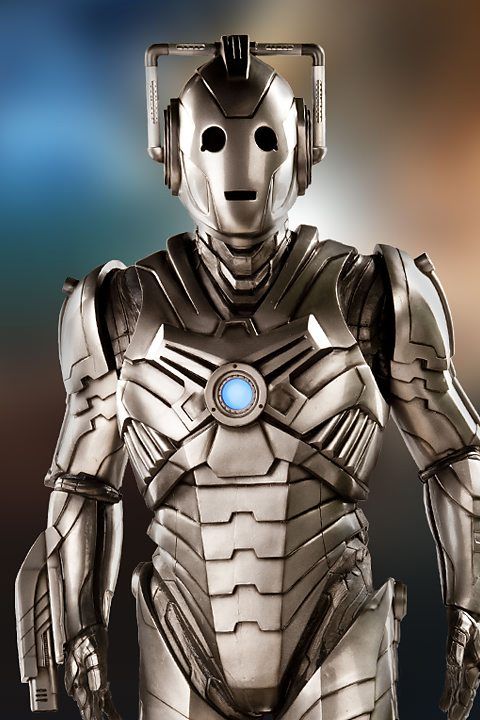 I think I’m going to bite the bullet and pick these up myself. I really have been enjoying the Koss estats and would love to see the upgraded version. What amp/driver are you running them off of?

I am using the SRM-D50. I was looking at the SRM-353X originally, but the unit is so damn long it wouldn’t have fit where I needed it to -it was also out of stock so I would have had to wait 2-3 weeks for it.

I’m pretty satisfied with the D50, it gets mighty warm and the VU meter is a nice gimmick

Yeah that VU meter on the D50 is a nice touch. I was looking at the 353X because I have a good DAC already, and I like the XLR balanced inputs. Not sure how the extra power helps the driver with estats, but I like to go balanced when given the option. Maybe they’ll have them back in stock once I’m ready to pull the trigger.

I commiserate with you on the running out of desk space dilemma. I specifically went down this headphone rabbit hole because I couldn’t figure out where I would put full size a stereo/speaker setup, but at this point a large AV rack would definitely take up less space than all the “portable” options I’ve accumulated. I figure if I was able to find space for my 25lb La Figaro tube amp, the 353x should be manageable.

More importantly, are the Stax everything you hoped for?

I also have a balanced DAC (RME ADI-2 DAC) so the XLR inputs on the 353X were mighty appealing to me. I haven’t had much of a chance to compare the two DACs but I will say in the short period of time I tried. I couldn’t get DSD to work on the STAX DAC. I used the RME into the line input on the D50 and WOW. Just WOW.

Onto the 700s, the earspeakers (still can’t keep a straight face when I say that) and the driver have only been in my possession for about 24 hours so far (3-4 hours of listening), so take this as absolute first impressions. They are incredible! I have never experienced head-fi like this before. One of the first tracks I listened to was Comfortably Numb and I had a physical response; heart rate increase, goosebumps, chills, you name it. Another quality that has blown me away is the imaging. I was listening to an orchestral piece and I could hear clear separation between the instruments and there physical positioning relative to one another. Like I said, I’ve never experienced anything like it with head-fi before.

Once I’ve got a few more hours of listening under my belt I’ll update the thread with more impressions.

Damn, that’s good to hear but not for my wallet.

I want to get used L700’s but i also want to get the cheapest possible energizer for them but will still sound good. Zeos said the 252 energizers were good and you can find them on ebay for a decent price. But ive seen some SRD’s for about 50-100$ Not sure if these will power a L700 or sound good. Whats the cheapest i can go with these?

I mean, I don’t think it’s really a great idea to get the l700s and cheap out on the amp, but you can find some good used stax amps online

I wouldn’t want to plug a $1500 headphone into a $50 amp without some kind of guarantee that there won’t be a problem. If I was spending that little on the amp, I’d definitely go for an older, cheaper headphone model to go along with it