Searching for new headphones to try. I listen to a variety of music mostly alt rock (ex blink 182), rock (three days grace), classic rock (metallica, ac/dc, ccr), some rap (eminem, hollywood undead, kanye), and some pop (no examples im comfortable with giving). I find myself very much similar to metal571 more so than Z, but I still value his recommendations a lot and watch his reviews asap.

Of those, i would probably elevate the following as the best ive heard (either in general or per dollar performance):
Senn 600/6xx/650 (eq used on 6xx, currently own 6xx)
Beyerdynamic dt 1990 pro (eq the treble way down)
Denon AHD 7200 (currenly own, with eq)
Audeze LCD 2 (with eq, currently auditioning)
1 more triple driver
1 more stylish (currently my go to work pair for breaks/lunches)
Takstar pro 82 (middle bass port setting, use at work for computer listening or just general and want to be isolated from the noise)
Koss ksc75 (currently own, great $ value)
Koss Kph30i (currently own, great $ value)
ZMF Auteur (some bass eq appreciated but not required, owned until a short while ago, loved but wanted something more exciting which is where the denon 7200’s came in)
Stax L700 (some bass eq needed)
Tin P1 (currently own, go to home iem,with eq)

Finally pulled the trigger on LCD 4 so waiting on those to come to try out. Would also like to try HE6’s in the near future.

The HE6’s were great, and I still regret selling them. As long as you get a nice speaker amp to power them, definitely a solid piece.

I recently caved and bought an AB-1266 PHI TC, and when I first auditioned them, it was all I was hoping for. The comfort isn’t ideal, but it’s definitely a sacrifice I was willing to make. It works well with most any genre, which was surprising to me.

I didn’t really like the lcd4 when I heard it, but it was just because I prefer their the more relaxed offerings like the lcd2.2

I still have yet to try any zmf offering though, but they’ve always looked pretty interesting

Edit: if you also like the hifiman sound, try the arya, I liked them more then the he1000v2. Very interesting sound that seems to work well with most music

Ive seen the Abyss but havent heard much about it so I might have to check it out. I loved the zmf atticus then the auteur. I felt the auteur was the most natural, neutral, smooth, laid back headphone ive ever had. i just wanted more bass out of it and more forward mids. I was able to get the denon 7200’s for <600 which was a steal and was able to sell my auteur for basiaclly what i paid for them so I ended up sticking with my 6xx/7200 combo. I may need to upgrade my amp as Im using monoprice thx portable as a main amp. I have a denon 5.1 receiver im ready to use if i need extra power.

The LCD 3 was too aggressive for my tastes (really don’t like the aggressive audeze signature), but it was fairly impressive.

Regarding the denons, I currently use a tr-x00 purpleheart modded with th900mk2 drivers and pads, and it basically gave me the 900 with more oomph, and its super enjoyable. I just had to have someone sell me the drives for it. I’ve also heard the 7200 and it really is a good headphone that isn’t recommended as often as fostex stuff is for some reason. A more powerful amp will really make those 7200’s shine in the bass department

I love the sub bass on the 7200’s. wish they had some midbass like with the lcd’s but not if it muddies the mids. the mids are forward intimate and detailed. 7200’s were the first time ive felt visceral bass like i would get from a set of speakers. idk if id sell them even if i went with a different daily driver. think they remind me of the first time i heard the dennon 5000’s. dennon just knows how to do sub bass

If you want real bass gods (and don’t mind in ears) the Hyla CE-5 really is incredible in impact, depth, extension, and detail. You just might have some trouble getting ahold of one. It took me like 1/2 a year to find one. Although its not really speaker like since its an iem.

Since you mentioned it, the HE6 has very good bass performance depending what you power it with. It was very speaker like presentation

I have a hard time with iems, my canals are super small i guess and slightly different sizes lol. if theyre heavy they wont stay in especially now that its like 90 degrees every day. the Tin p1 are great with some eq to add some bass with a overall neutral signature. the 1more stylish are the only pair ive been able to just pop in and out no problems because the rubber wing things keep them in nice and tight without being uncomfortable. a bit too much mid bass bloat but nothing a tiny amount of eq cant fix.

I wish I owned the HE6 again now, since a friend brought his over fairly recently and we tried it out on my parasound halo a21+, and man it was great

I also have fit issues with some iems, but I made sure that the higher end ones I currently own fit before I bought them.

ya i think my next stop would be he6 just to see what its all about even if i have to use my stereo receiver to power them lol.

the magic of amazon return policies

Most decent receivers will be able to get it loud enough, its just that you need the right amp to really bring it alive.

ive only recently gotten into speakers. i had fluance sx6 for desktop use and they served great, now their my rear speakers in my 5.1 i just put together in the last month. klipsch rp 600m as the front LR, klipsch 500-c center, denon 5.2 receiver. I think ive done all the upgrading im going to do with that though

I’m into speakers, but they don’t get used as much as I would like to use them. For my living room I use dynaudio special 40’s with two Rythmik F12s powered by the a21+, PS audio Stellar Gain Cell preamp, and Holo audio spring2 kte. My desk setup is has SVS ultra bookshelfs and a SB2000 with a nad d3045. For another setup in my room I have vintage Zenith allegro 4000’s with two parasound 2125v2’s monoblocked with a SMSL su-8.

thats a lot. i just finally got my cc paid off for the first time since like high school lol. i got a 12 bic america sub, should have saved some money and gone with 10 instead but its too heavy to return and im more than happy with it. the living room basically gets used for movies and games.

Don’t get me wrong, my wallet and I have our regrets, but for how much enjoyment it gives me, its justifiable in my mind.

I currently am really eyeing ATC SCM45As, and almost pulled the trigger on a deal that would also include 2 SCM0.1/15SLs. But I realized I would honestly have to move to take full advantage of these speakers (really bad room acoustic properties). But with that I could somewhat justify it since I sometimes master stuff on the side lol. I would have forced myself to listen to them every day if I went with it.

I actually only recently picked up the abyss and a Headamp GS-X mk2 to tide me over before I move, since that is something that I will use every day. But I really should stop with headphones, I have plenty already

Right. i keep saying i need to make sure i limit myself to either 1 really expensive headphone or a couple of lesser expensive ones. 6xx for when i want an airy sound and still want to hear the tv, 7200’s for closed intimate details. but yet that credit card bill sneaks up on me every time

I also tended to buy and sell headphones often in the past, and I now realize that I should have just kept what I liked instead of always craving something new. Now I just look back at what I used to own and wonder why I sold them

Edit: but then again thats part of the experience i guess lol

right. after i sold my auteurs, i secretly hoped the person wouldve asked for a return but their gone now and i guess zmf doesnt use blackwood for them anymore which was important bc it added some bass 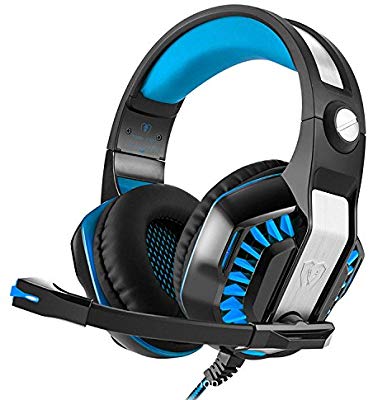 anyway im heading off for the night. some good ufc fights tonight. Thanks for the suggestion and i probably will try he6 as maybe my last ones for awhile

Also, are you looking at the he6se or the original he6? I haven’t heard the se, and I wonder how different from the original it is