Talk to me about DIY tube amps

I know there are those like the Bottlehead that give you everything needed, you just assemble. but what about other options, where you’re given a guide of info and need to source the parts yourself? and how good are these options vs. the higher end manufactured models?

You might want to check DIYAudio.com
They have a whole section for tube amps, though most aren’t suitable for headphones.
There are a lot of schematics out there good and bad.
But most of the DIY stuff tends to be towards the more expensive side, they use Inductor based PSU’s, and generally more expensive components.
This site has a couple of lower cost options and it’s a good introduction to tubes in amplifiers.
https://wtfamps.com/

If your going to build Tube amps from scratch you are really going to want to be comfortable dealing with mains voltage and very high DC voltages, and understand that you can still get shocked by them when they’ve been off for hours.

how good are these options vs. the higher end manufactured models?

A lot of the higher end manufacturers were DIY folks before, and a lot of the designs are very good.
However don’t expect to build a brilliant tube amp cheap, tube amp designs, especially at the higher end aren’t complicated, but the quality of all of the components matter.

The simplest designed SET amp literally couples the PSU rail to the output, so any noise on it is played straight through the output, the solutions to this are either more components or a very expensive power supply. Given the push for simplicity at the high end, it’s generally solved with the latter.

When you get into High end components things get silly expensive, a single capacitor can run $200+ dollars, input and output transformers for SET type amps run more than that (many amps use custom wound components that will be even more expensive). Generally you design around the transformers.

There are designs based on cheaper options and some of them can be very good, but Valve amps are usually expensive as much because the components are expensive, and usually not the actual valves, though when you get in to 300B, 2A3 or 845 amps those start to get silly money.

righto, Poly. are there other affordable DIY kits worth looking at, or is the Crack w/Speedball the only one?

You might want to contact Mapletree Audio Design in Ontario. They used to sell kits, but I am not sure if they still do.

A related note. The tubes inside of large guitar amps can kill even after weeks of being left unplugged from the wall.

How would a tube hold that much charge?
Sure they have capacitance to an extent, but nothing dangerous.

Yup, makes sense.
When you have big capacitors in circuits, be aware the pixies in them are angry!

From one of AvE’s Vijeos 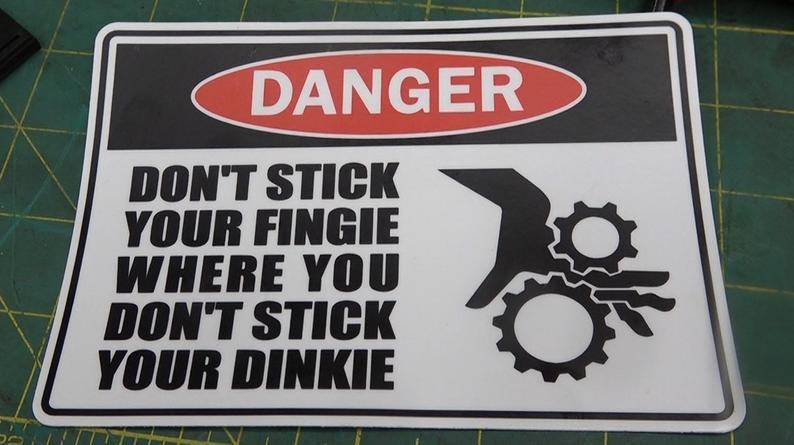 The nutube hybrid is pretty good despite microphonics and the jonokuchi may be the way to go for some full tube beginner stuff.

thanks Mt…but seems that the pm stuff isn’t really up to snuff unless you’re a starving student.

between Bottlehead and MapleTree…who makes the better tube amp?

between Bottlehead and MapleTree…who makes the better tube amp?

Really depends on the model. I think in canada the mapletree might end up being a better value perhaps, but also it really depends on what headphones you plan to use with the tube amp

well…I know the Crack is best for high impedance headphones and the Mainline is good for everything (is it a hybrid or just a very well designed OTL to work with low impedance hp?)…so what does Mapletree have to compete with those two?

is it a hybrid or just a very well designed OTL to work with low impedance hp?

Pretty sure it is a transformer coupled amp

so what does Mapletree have to compete with those two

Their stuff would more compete with the mainline in terms of price at least in the us, but you would most likely be able to get a discount in canada

what does it mean to be ‘transformer coupled’, vs hybrid vs. OTL?

and what about their Viper and Octal Duo?

what does it mean to be ‘transformer coupled’, vs hybrid vs. OTL?

Well a hybrid would have a solid state amp on the output stage and tube on the input stage typically, so a solid state is doing the actual driving of the headphones and the signal is just passing through a tube on the way there, but the tube isn’t driving it. Like your vali 2

Valves are terrible at providing current, but they are very good voltage amplifiers.
Transformer coupled amps, use a transformer to convert voltage into current.
OTL (output transformer less) amps use 1 or more relatively high current tubes for the output.
Hybrids use a SS amplification stage for the output, because transistors are good at amplifying current.

Yes this, I mainly refereed to otl and transformer coupled in terms of impedance

Good transformer coupled amps will have an output impedance in single digit ohms (though some will be considerably higher).
OTL amps with a single output triodes like the dark voice or Crack will be roughly 60-100 ohms, additional output triodes are placed in parallel and it basically follows ohms law, 2 triodes 1/2, 4,1/4 etc.
And SS output stages anything from 50 or so ohms to <<1 ohm depending on the amount and nature of the feedback.

that’s interesting, being the Mainline starts at a grand while the Ear+ HDII is substantilly less. OD300 is closer…but the price of the Octal Dual and Mellow Boy are substantially higher than the Crack w/Speedball or even the Crackatwoa. seems Mapletree has their value prospects backwards vs. the competition, LoL!

also, what are some examples of transformer coupled tube amps?