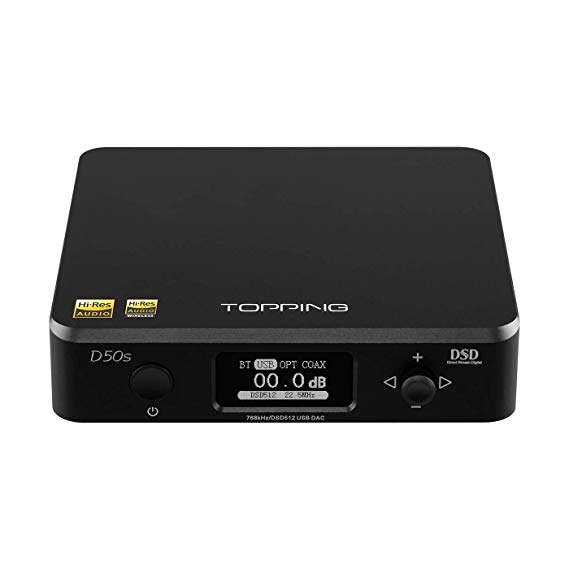 What do you have for other components and equipment?

Are their reviews out for this ?
You should plan out your build and choose wisely.

Yeah, it’s a fairly well known dac. Pretty good imo, a competitor to the smsl su8. I just wanted to check he already had a good amp and headphones before investing more than he needs to into a dac

The screen bothers me. It’s constantly flickering and is an eyesore.

Do you have one or are you watching a video of one?

Maybe it’s just his model since I don’t see it on another.
The form is small and pretty good to be paired with the atom.

It doesn’t flicker in real life. That’s a common effect of the shutter speed causing flickering and that is not visible in real life

I currently have the topping mx3, HD 650 & hifiman sundara

I personally think you might be better off spending the money on a better amp first as I think that would yield the better sound for the money. Perhaps take a look at the schiit asgard 3 as its 200 bucks without a dac that’s a big improvement from the amp you have now for the sundara and the 650

I actually ordered this dac and I should get it next week. My schiit fulla 2 was dying (was leaking noises in the line out) and I don’t see why using a combo unit anymore since I have an atom amp.

I probably will never change my dac again because it has everything I will ever need including bluetooth with LDAC and it has much better specs, also I look forward to mute with a remote

Honestly, as far as amp and dacs are concerned, I think I am pretty good with the only upgrade left would be a smsl sp200 instead of the atom, but from what I understand, would only be worth it for me if I need the power.

But apparently, the D50 had a “thin” midrange, “harsh and grainy”, and the D50S really sounds fuller.
So it’s not just a D50 with wireless! Still analytical, even more detailed than the D50, but somehow also smoother.

“They should have simply called it D60 in my opinion”
“More analytical, fast and precise… but in a natural way”

I could somewhat agree with that, but it is a bit smaller of a difference than how largely it is described

Yeah I get that lol, it’s still a DAC. All DACs sound the same… almost.

And have you received the D50s yet? If yes how does it compare to the fulla 2?

Oh yeah I did recevied it a while ago.

The only thing the fulla 2 does better is unlike the d50s, it works on my switch. That’s really it like the problem I had with the fulla is there was issues where I would hear static if it was plugged on the line out AND the pot was maxed…which makes no sense because line out is supposed to ignore the pot.

Honestly, it’s a better dac, but the reason I got it vs a cheaper one is because I wanted the features like bt and volume control (which works best when using the koss 95x because the volume control on the energizer is stupid). So I would only get it if you want the features, but otherwise you could go with a jds labs fac and it would probably be fine.

So sound wise not worlds apart?

Is this a good option for me? Paired with a3 and dv… I moved away from the enog2 because of no usb and also I dont intend to do the balanced thing anytime soon… su-8 looks good but I dont see myself needing all those features… anything else I should consider?