This is the official thread for the Topping DX3 Pro+ 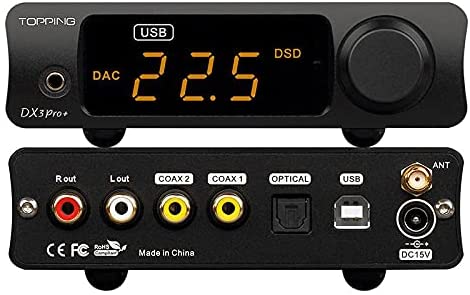 Announced this week I believe. The evolution of a classic The TOPPING DX3 Pro+ DAC/Amp is TOPPING’s upgrade of their classic DX3 Pro. With a new Bluetooth chip and DAC chip, the Pro+ outperforms its predecessor while also coming in at a lower price point. The Pro+ has 60% lower...

Looks like a great DAC/Amp combo for most uses. Plenty of power

This thread isn’t getting much traction but I sure do hope that people get their hands on this soon. I expect it to sound and perform like any other topping with NFCA module, though I don’t mind being surprised if they change up the sound Plus I’m really curious if it can play sensitive iems without channel imbalance at lower volumes and without destroying your eardrums or the iem themselves

@moderators anyone wanna officialize this thread?

really curious to know how well the DX3 Pro+ performs so would more or less know if its a good match for the Edition XS that I have my sights set on!

This was really disappointing for iems. My Qudelix felt like it drove them better. Something about low impedance didn’t work well. I didn’t have any harder to drive headphones available to test that theory.

I haven’t heard the dx3 pro+ but I’ve heard pretty much every other topping DAC and amp and I’m guessing it’ll be fine but a little sterile. I would also assume the USB implementation isn’t great as in most other topping DACs and the dx3 pro+ is yet another one I’d probably recommend the Douk U2 pro as the input through coax.

Oh dang, that I didn’t know. Now I really can’t blind buy it

I’m guessing it’ll be fine but a little sterile

That’s what I’m expecting too, but I wonder if it will be too sterile with the edition XS(or heck even just the HE 4xx)

Yeah, Amirm on ASR measured a huge drop off in scaling below 32 ohms where at 12 ohms it clipped at below 2vrms(which coverts to maybe 200ish mv?) 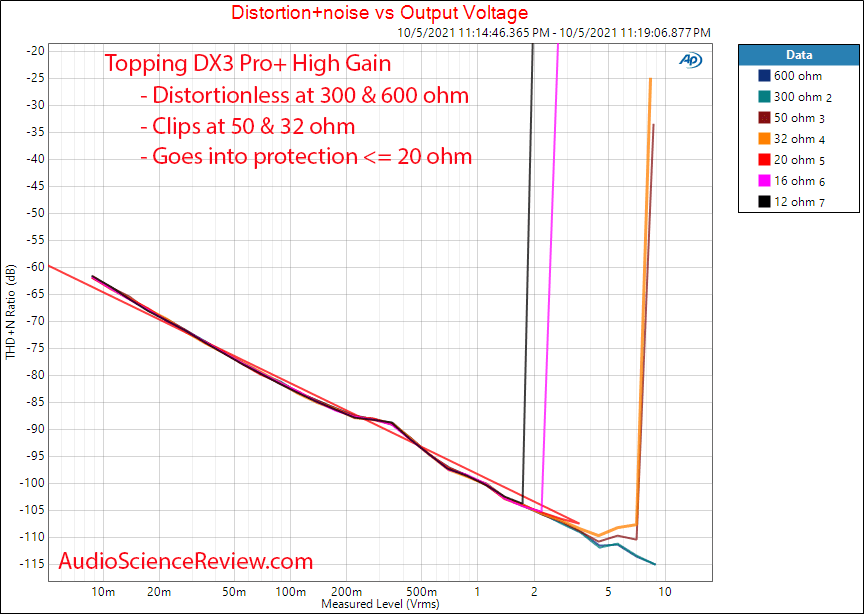 So that was a little weird, though pushing that much power to low impedance high sensitivity IEMs doesn’t really make sense so I thought it would be a non issue.

Btw which IEMs did you try it on and did any synergize well with it?

I know I’ve talked about it a lot on these forums but I actually don’t hate analytical sound, it just isn’t what I prefer most of the time. I still have an a90 and use it on occasion and it’s a great amp. I think the dx3 would still do just fine with the XS as the XS has some character to it all on its own. On top of that, even with my burson amp I still use a gustard x16 DAC which is one of those measurement queen DACs and I love it. It’s a detail monster and with a bit of class a color plugged into some nice resolving planars it leaves me wanting nothing to be honest.

Btw which IEMs did you try it on and did any synergize well with it?

They all sounded fine. At least Dunu Zen and 7 Hertz Timeless. But, I listened only for a few hours before I put it back in the box. I didn’t buy something to effectively have less power than my Qudelix. It was ridiculously underpowered. I was looking for an inexpensive power equivalent to the ifi micro signature. It was not that.

It was ridiculously underpowered.

Interesting, I was worried it might be too much. So with the zen and the timeless you have it turned all the way up and it doesn’t sound enough/sounds like it lacks something other than volume?

I was looking for an inexpensive power equivalent to the ifi micro signature.

I was looking for an inexpensive step up to the ifi Zen dac which recalling by memory is just marginally beaten by the old model of their micro line, I haven’t heard the signature yet though. Guess the DX3 Pro+ isn’t gonna beat the zen in power and sound?

Same thoughts. I don’t really keep multiple amps but I tend to go for the slightly warm ones. So I’m curious(and cautious) on how dramatic would analytical sounding amps push some gear towards a colder sound.

doesn’t sound enough/sounds like it lacks something other than volume?

I didn’t analyze it. Let me compare to the micro signature. On eco mode, the dunu Zen iem feel like you could make them destroy your ears in an effortlessly loud way. On the dx3, it felt like it was working to make it go when at damn near max volume for something that is supposed to be high watts. I basically lost confidence in the unit. It maintained control, and sounded fine, I simply didn’t believe topping delivered what they claimed.

Guess the DX3 Pro+ isn’t gonna beat the zen in power and sound?

Not with IEMs. I can’t speak to the bigger headphones. But my experience with the a90/d90 was kind of a scaled up version of this. It never really impressed outside of the drop dead neutrality/transparency. Which, for me, doesn’t come off as a benefit.

Knowing what I know today, I wish I kept the micro signature. The xdsd gryphon is in my sites now.

On the dx3, it felt like it was working to make it go when at damn near max volume

I understand now, thanks. I wonder if putting on an impedance adapter on the plug will solve this since it seems perfectly capable of driving a watt through 32 ohms or higher

xdsd gryphon is in my sites now

Same here! I’m itchin’ for an upgrade too and this looks to be the contender to beat when it comes out!

I would think so. I would have tried iematch if I had the right adaptor. But it still wasn’t going to be kept.

Does anyone use this topping with some low Z IEMs after all this precautions? It is so tempting piece of equipment to have right now, but I am 50/50 headphone/IEM user so I don’t know whether that would not destroy the whole purpose of one-in-all equipment…

I just recieved the DX3 Pro+ today and after the first 2 hours of listening via bluetooth, I’m loving it. This replaces my Ifi xDSD whose battery would no longer hold a charge (and then I buggered it beyond repair). That being said, I no longer miss the xdsd.

The two most difficult things I have to drive are the Koss DJ100 (38 ohms, 99db) for headphones and Shuoer Tape (?) for iems.

Joined the Topping DX3 Pro+ crew after a 10% off sale hooked me in. I was after a DAC that would go with my desk setup (for headphones and Class D Speaker Amp) but could switch out somewhere else if needed. I like that there are seven PCM filter options even though the default F-3 Fast Roll Off is pretty much the compromise between them but I might spend some time with F-2 (Fast Roll Off Corrected Minimum) and F-5 (Fast Roll Off Minimum) as well. Installing the drivers was a bit weird because I had to run it once, reboot, and run it again to complete the installation (reading is important). Also updated to the latest firmware. Plenty of power for IEMs.

I need to figure out if I can get the ASIO working, but so far haven’t noticed any issues before or after installing the Topping drivers. Sounds like it should and all the LEDs appear to work.

Eyeing up some better RCA cables (like it matters for the short distance to the speaker AMP).