This is the official thread for the Vanatoo T0. This thread is for discussion and reviews. 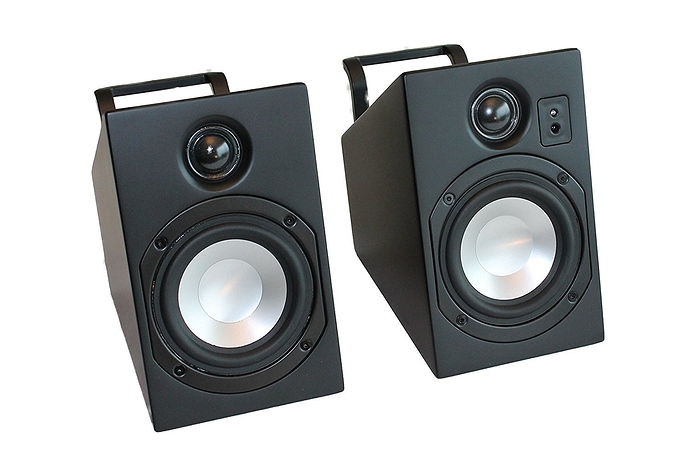 New owner of a pair of Vanatoo T0’s here. Anyone else around?

Got a quick question about the Auto Input Switch mode. I mainly use them off USB on my PC / laptop, connected via USB hub, and alternatively bluetooth from my phone.

My issue is this - When the speakers go to sleep after 20 mins, I find that USB audio over USB does not wake the speakers. Instead, I would connect my phone over bluetooth and play any audio for it to wake, then switch over to USB automatically. (I still have my remote in the box / unopened. If I could, I wouldn’t use the remote at all)

Anyone encounter the issue? Would it be because USB is connected over a hub (it plays fine with the hub when awake though)?

No, I don’t. I have these speakers hooked up to my computer and they always come on after a few seconds.
I should mention that I love the sound and the look of these speakers. Great for small/smallish desktop set-ups. I keep meaning to try them in the living room but haven’t got around to it yet.

Yeah, the form factor was a major reason I got these. They fit so well on a tight desk space, the passive radiator seem to help as well.

Just got mine. I’m using these via 3.5mm from an amp. When mine wake up they make this faint but sharp pop sound right before the audio plays. Has anyone else noticed this?

Yes, that is the speaker waking up I believe after they go into sleep, as it takes a couple seconds, and is normal. I think there is a way to turn this off if it bothers you

Thanks for the quick response. I think I’ll turn off sleep tomorrow. Maybe attach them to an Alexa smart plug instead. Excellent speakers so far I must say!

I have never noticed any popping when they wake up, but I am connected via USB to the computer.

I will be doing the DAC/amp thing next week. USB to RCA to RCA

Same here, never noticed that but I’m connected via USB as well. I’ve disabled the auto input switch off and do everything manually now. I emailed Vanatoo & got a response from Gary on that on rare devices the usb connection doesn’t wake the speakers. I suspect it might be a laptop / power output to USB thing.

Ah my issue was actually that the speakers won’t wake via usb after it goes to sleep. I had to manually wake it with the remote or connect another audio source (ie. Bluetooth) and feed it audio to wake it. So everytime I started my PC up even though under audio devices it shows Vanatoo T0 as connected & audio is being fed, the speakers would stay asleep.

Hmmm, is it set as default, and also in the properties is there something that you can uncheck that says disable this device for power savings or something along those lines

Nah it’s not set to default. I switch between the speakers & a DAC - AMP for my headphones. Nah no power savings settings on. But the laptop I’m using - the usb output power has always been somewhat lacking anyway

If they are set as default do they still not wake? Also, on Windows 10 press the Windows key and type “edit power plan” and hit enter then click on change advanced power settings, and scroll down to USB and disable USB selective suspend setting and apply and see if that works

If they are set as default do they still not wake? 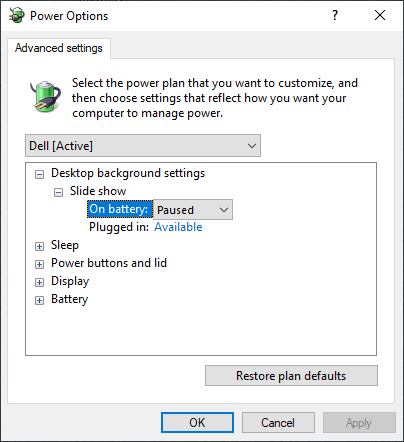 Just tried looking around but don’t see any USB option.

Very strange then. I guess it’s been messed with by Dell. I guess you could check the bios settings but that’s probably too much effort

Yeah. I suspected this was the case, I’ve gone through the bios before but couldn’t address the issue.

I had a similar problem with Vanatoo Transparent One Encores, but have found a workaround by connecting the Vanatoo through a powered USB hub. Everything works fine now, the speaker is always available to the computer connecting over USB both at boot and wake after speaker sleep.

The hub must be powered - an unpowered one had the same problems as going direct with a cable. Going through the powered hub in my monitor solved the issue.

Symptoms I saw: the Vanatoo would show as active in Windows on boot but no sound would play until I unplugged and plugged in the USB connector again, after which everything worked fine including speaker sleep and wake from sleep. The speakers were awake as I could connect and play music via Bluetooth though the computer was silent over the USB input.

All of this went away with the powered USB hub, where after 3-4 days of multiple boots, sleeps of both computer and speakers the USB connection continues to work.

Hah. I’ve since started running my T0 with an external DAC in the chain, since I did find that improved the sound noticeably, cleaner, clearer, less muddy sound now. So that issue no longer exists for me since analogue input works and wakes fine.