What are your most Underrated or underappreciated IEMs?

For me they are the Yamaha EPH100sl, these are my benchmark for detail clarity and performance from an IEM or anything of the sort. While not being quite analytical for the price they were far more detailed then anything I’ve ever used. Back when they were available there were reviews stating they punched far above their price class and this was true. Unfortunately Yamaha couldn’t seem to sell them so they often were on a perpetual on-sale state and eventually were discontinued. If you had a chance to hear them, you would be impressed… well at least I was for a high school student just getting into audio at the time. now having a few things to compare them to, none of my IEM’s hold up to their sound quality and detail. neither my FH7s nor my Tanchjim Darlings hold up to what I loved about the EPH100s. 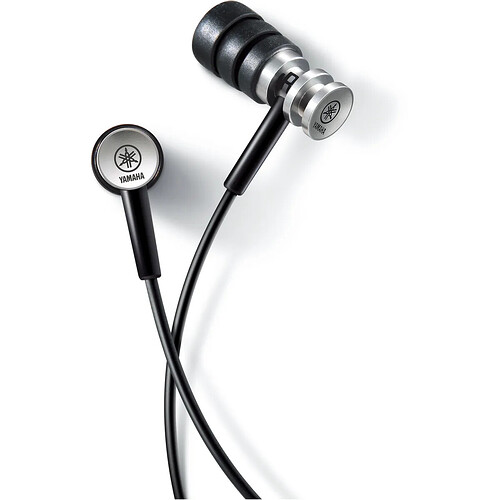 So the question is on to you, what IEM did you love that no one else seemed to enjoy?

IMO, by far, the most underappreciated IEMs by audiophiles are the Samsung Galaxy buds/Sony WF/Apple Airpod Pro TWS IEMs.

They get the job done in terms of music with good frequency response (tuning) and technicalities (staging, soundstage) much like a $50 wired IEM.

That they offer transparency, noise cancellation and a wireless experience makes them worth the extra $100+, IMO.

In fact, for those who own an aforementioned TWS bud as well as wired IEMs I’m curious how often you listen to the TWS in comparison with your wired IEM.

For myself, I like to listen to music while I’m on the move outside/in my house and so I’ll listen to new music first on my TWS and then the songs I “favorite” I’ll listen again on a wired IEM in the evening, relaxing.

I have never seen those Yamahas before. They look pretty cool!

For some reason, I seem to gravitate towards underrated and/or underappreciated IEMs so I own quite a few that qualify IMO.

Right now I’m out and about listening to one of my favorite underappreciated/underrated IEMs, the TRI Meteor. These are one of my favorite low cost IEMs and they do spatial cues and layering better than any other IEM I have heard around their price. They also have a nice tastefully done mild U shape tuning that is great for extended listening sessions and has this lush musicality to it that can be very addicting.

Another one that I own and love that doesn’t get mentioned much is the AKG N5005. As a drummer, I can tell you that they’re fantastic for actual monitoring work and as an avid music listener I can confirm that they’re just as good for listening. For the last couple years the N5005s have been routinely available for $199-$299 and they’re a great deal in that price range. They’re actually available right now direct from the AKG website for $199 if anyone is interested.

The last one I’ll mention is the ThieAudio Excalibur I recently acquired. These IEMs hardly ever get mentioned especially in comparison to the Monarchs and the Oracles. I personally like them more than the Oracles for sure and I think they make a great compliment to my OG Monarchs. I think because they have a moderate V shaped tuning and get labeled as the “fun” pair they get a bad rep. The fact is they are still very technically proficient, their timbre and tone are actually still quite accurate, and they pull off their tuning with a deft touch. I have found myself choosing them quite a bit lately.

I have more, but those are the three that jump immediately to mind and we don’t want this turning into a novel now do we?

They get the job done in terms of music with good frequency response (tuning) and technicalities (staging, soundstage) much like a $50 wired IEM.

This is not true. What $50 wired IEM has the FR and technicality of the Pods Pro2 and 1? Aren’t you deaf?

The joy of your comment is that I’m not sure which side of the argument insults you more.

This is beautifully crafted, sir!

Can second that the TRI meteors are unheralded for what the do at the price - super easy musicality and comfort - got them in a Wooeasy Aliexpress mystery box not long after they came out for dirt cheap as don’t think they generally have sold so well - worth checking for heavy discounts.

KBear Rosefinch - $15-20usd Bass Gods that nobody knows about. On a balanced source, they’re insane

Yeah, it seems like when they came out there were quite a few hype trains going so the Meteors mostly got overlooked and lost in the commotion, so to speak. I grabbed my pair used on whim because I saw them for sale for cheap and had read a review about them that intrigued me. They are far better than what I was expecting and I’m a bit amazed that more people haven’t caught on to them.

It’s nice to hear from another Meteor fan in the wild!

The Meteor ist pretty good and snappy with its berry coated DD. It was one of my first over 50€ IEMs.

I find the Tipsy Tromso and the KZ ESX very good underdogs. I’m a sucker for 12mm DDs apparently.

On the other side of the spectrum as overrated IEMs I see the Ikko OH10.

So I’ve got a question for you @TheWired , the only pair I can find for sale is one going on ebay for like $159. Are they worth checking out at that price?

i bought them 3 times at that price, YES
(don’t ask why)

Okay, can you give me a little breakdown on their sound and what you like so much about them?

They have rich bass, they are highly detailed, and the vocals stand out. I’ve never been a massive fan of treble, and the EPH100s aren’t offensive to me in that regard. they are a detailed focused IEM. it’s been so long since I’ve heard them though simply because the 3 pair’s I’ve had have all gone through the wash and have been abused to all hell, so i can’t pull them out to listen to them unfortunately. but i do remember hearing the strokes of strings and the breaths of vocalists, things that normally get drowned out and hidden in the other IEMs I’ve had. they aren’t quite flat, and have a bit of a more present bass but my impressions are colored coming from the stock Zune IEMs… compared to my darlings and my FH7s, I still would prefer the sound of the EPH100s then the sound of either the darlings or the FH7s. the darlings are the most similar however to the EPH100 though.
But actually, I know the ls50 metas aren’t IEMs but they do remind me a lot about the EPH100s, almost like a better version of them. like when i first fired up my new pair, i was instantly brought back to my first experience with the eph100s and reminded of the detail i so greatly missed all these years. the only thing that set them apart is that with the eph100s couldn’t tell the difference between 320kb/s audio and lossless. with the ls50s i can. but it also wasn’t like i ran them on that good quality equipment. like the best i ran them off of was my Xonar Essence STX, and that’s good but not the best.

Thanks for the rundown, dude. Now you’ve got me finding reviews and thinking about picking them up. Shame on you for corrupting my thoughts!

I think the Final Audio E4000 are a very impressive set. Very happy listening for what are sometimes $60ish on the used market.

Is it unfair to say the UM MEST MkII’s haven’t gotten as much press/ good comments as it deserves?
Going around forums I’ve never heard anything spoken against the IEM, but I was wowed when I got to demo them for a few weeks. The bone-conduction tech was new to me and it certainly made a positive, noticeable difference in my listening experience from soundtracks, to Jazz, to House, etc.

I see a lot of love for the MEST Mk2s out there so I don’t know that I would consider them underrated or unheralded, but it’s your post so your opinion is the one that matters.

Haha I appreciate it. I only see the areas of forums/online resources that I see so by all means, my perspective is its own with its own value as well as limitations. I see the Meteors were nominated- I got to try those pre-launch at CanJam SoCal and was also very impressed. The lads at Symphonium had them running through an xDSD Gryphon and iDSD Diablo which was great to see (and hear)! The Helios were great but I felt the Meteors suited me more from their IEM lineup.

Yes, EPH-100. The IEM that everything started with, amazing single DD, unfortunately had some moisture issues

The Ikko brand appears to me to be undervalued.
Specifically the Ikko oh10 seems to me the best iem sub200 and the Ikko Oh5 the best iem sub600€ (I say sub600 because I don’t know how it would be vs an ej07m or things like that).