What is the best headphones for $200AUD?

I was considering the MH752’s and also the Alpha’s and new Logitech G Pro’s. I want the competitive advantage, so sharpness and good positioning. What would you suggest?

MH 752 because they are Takstar project. Both Alpha’s and Logitech are their own constructions which means they are garbage.

Only issue is I actually have heard a lot of negative reviews on them on how they are a budget headset, and there’s better gaming headsets for that price range with way better audio and build quality, which was another concern. Apparently they break really easily and crack open.

Had them on my own for about half a year and also have tested pairs like Cloud II, G430 or MSI GH60. It beats every of them. Construction-wise they haven’t even squeaked once.

Huh, well that’s definitely helpful haha. Is it better sound quality in games such as CSGO? As in better imaging and positional advantage?

Mostly all these gaming headsets rely on 7.1 software garbage. 752 don’t need that but also I think it has such feature. I was a user of 751 which basically differs from 752 in not having USB Sound Card. That’s it.

So here is what I would do.
I would go for the Cooler Master MH751, not the 752, as that little 7.1 surround sound thing isn’t worth it imo. I would instead pick up a pair of Koss KSC75 as well. I know they look silly and all, but technicality wise they do imaging very well and are a great budget competitive gaming set. Really can’t go wrong for the price either. And if you want to wear them headband style you can pick up a headband for $5-10 USD I think.
Also, is that your max budget? There’s also some great stuff if you were able to extend your budget to about $300 USD where you would be pretty much set and not really have to upgrade ever. Just a thought.

M0N hasn’t commented yet, but he likes to recommend the DT880’s 600 ohm with a separate mic. the caveat is that due to their high impedance, they need an amp…so you’d need to get something like a Schiit HEL or such.

Typically the 600 ohm but if you don’t have a powerful enough amp the 250 ohm, but even then I would still recommend a good amp. Also those are open so idk if that’s an option

Thanks for the help everyone! I might just go with the MH752 as they do have the sound card. I don’t care for 7.1 either, don’t like it whatsoever, but the sound card would help as I don’t have an AMP and my motherboard’s isn’t too great so that’s a pro. I would go for Beyerdynamic headphones but it’s over my budget unfortunately, and I wouldn’t be able to afford a decent amp to pair it with. Hopefully I make the right choice haha. It’s either them or the Alpha’s, because I still need to research the Alpha’s more to seem if they actually are good. What do you guys think?

I would still go for the 751 personally. Save your money for a better amp in the future. Plus I hear that sound thing has problems with QC.
Another thing you could do is get the original of the Cooler Master which is the Takstar Pro 82. That has little bass boost sliders on it so you can change how much bass you are getting. Pretty neat little feature imo.
Also another headphone that you might like is the Sivga SV006. Fairly good imaging too. They also are just as comfy and look quite nice with real wood cups.

Ye it has bass ports but also it required slim 4-pin 2.5mm cable. Replacing such thing will be a pain. 751 has 3.5mm and detachable microphone that is actually really damn good.

2.5mm aren’t actually that hard to find. Lots on Amazon and Aliexpress that are pretty slim.
I guess if the microphone is needed then it is a good bonus but if you actually want a mic that is high quality then get a desktop mic, i.e. a used Blue Snowball or Blue Yeti. 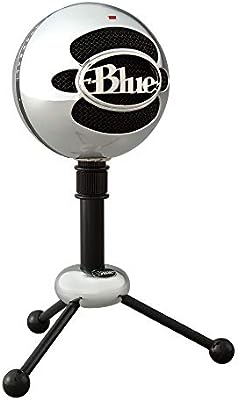 Sorry but I can’t allow that. Snowball is a terrible mic especially for it’s price.
Blue Yeti is fine but it’s not a good price/performance option anymore. I’d rather go for sth like Samson Q2U. A mic that has been overshadowed for a long period of time so you can buy it pretty damn cheap these days.

The q2u is a pretty sweet mic, you could also just find a real cheap UM2 and a XM8500 as well if you wanted something even more flexible.

The snowball isn’t terrible imo, it’s aight and not horrible for the price (assuming you get it under 50 bucks, perhaps I’m thinking of the ice?). The yeti isn’t good for the price whatsoever, but the snowball is decent (but again I would take something like the q2u instead personally)

I don’t agree from dealing with both mics pretty of ten the yeti barely sounds better if not worse than the snowball.

Yeah 0 reason to buy a yeti imo, really no point at that price, get yourself a cheap interface and the mic of your choice and have a fair bit better price than a yeti

I think the version people say sounds horrible is the Snowball iCE version. The regular version is nice for the price and for USB it’s good from the reviews I have seen and people I have talked to.

You can do more with post processing and room treatment with the snowball if your recording. But if you just need something to chat in game or discord a yeti is a waste of money