What was your first IEM? and What IEM got you serious into the Hobby?

My first IEM was the TinT2. I was just blindly bought it off of Amazon and I was a little impressed by the sound then I found out about Dacs then Amps then DacAmp combos/dongles…Then I purchased the Moondrop Arias and it got me serious in the hobby, fortunately is was the new version that I later found out. The Arias really gave the IEM music experience I never thought was possible combined with my DacAmp dongles and Tidal Master subscription. Then of course of got curios to what else was out there and down this rabbit hole I went lol.
currently at the moment I only use Dekoni bullet foam eartips but I want to learn more about eartips from spinfits and kbear, find out what is my size and buy some to try them out.

First IEM was the moondrop aria, what got me into the hobby was that iem breaking
Now I have an OH10 and a 7hz Timeless on the way. Also considering getting the Olina and Oxygen later this year. 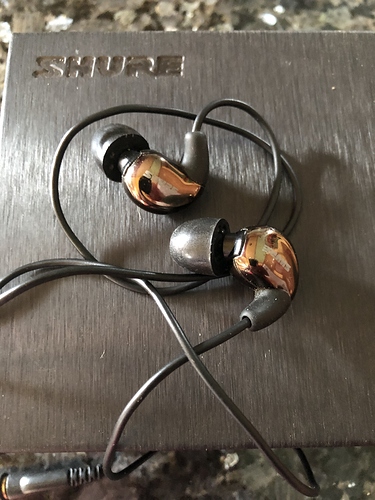 I think my first pair of IEMs were some kind of Sennheisers (not the IE series) and a bunch of random KZs. All of them had problems with fit/quality and sounded worse than my over-ear headphones at the time (Samson’s akg ripoff and ath50x). My serious foray into the IEM world has started with Moondrop Aria, which was already mentioned in this thread. It sounded seriously better than my over ears at the time

And by the time I got Aria I have probably already spent more than Aria’s worth on various KZ sets, accessories…

The very first IEM I got was the Shure SE215, even though it was the very first set of IEMs I got, I was not into collecting IEMs that time, since that time I was more like of a guy who is just looking for a set of earphones that I can use during outdoors/trips and I didn’t want my M40X to be used outdoors all the time, for here in my country it’s a sign that says “Hey! rob me, I have a good set of headphones!”

What triggered that collection urge of IEMs when I first got the Tin Hifi T2s, and I was skeptical at first due to its price and my SE215s are no doubt pricier than the T2s. I was curious, when it finally arrived that time, I gave it a shot and my mind that day was blown away and it was never the same ever again for my SE215s, for the T2s crushed the SE215s with no mercy when it comes to sound quality, therefore kickstarting me to the world of IEMs.

Nowadays I still have my T2s, along with my BLON BL-03, BLON BL-05S, Moondrop Starfield, Moondrop Aria, Moondrop Kato, Moondrop Quarks and the Final Audio E1000. Most of them are not high-end with the exception of the Katos imo I know but, this is pretty much the result that I got serious collecting IEMs, much more than my headphones.

down the rabbit hole

man for real…had to kiss alot of KZ frogs before you meet Princess Aria!

I feel you, how does the BLON BL-05S compare to the BLON BL-05? because I have the BL-05 and was curious if I should jump on the BL-05S. Is there a huge difference? like the original Hana and the Hana 2021?

I have both BL-05 and to me the BL-05 is much much better. The bass is cleaner and it is not as bright smh.

My first IEM was the Tin T2 and I hated it. So i ended up using hdp.
Later I got Finally E2000 and BL-05s but it when I got KZ ZSN Pro X that i really went down the rabbit hole.

Tin T2…bloody thing has a lot to answer for! 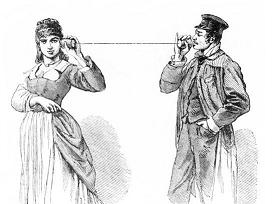 Can’t really recall my first true iem, but I think in terms of getting interested in iems it was likely the Etymotic ER4S (I think? it was the 90s one), Victor HP-FX500, and Shure SE315. What got me somewhat seriously looking into iems were the Ultimate Ears Reference Monitor, Sony MDR-EX1000, and Sennheiser IE800. Basically just stuck with the ER4S, FX500, and EX1000 up until 2017 ish (as I didn’t find other in ears I had tried as worthwhile and just wasn’t really following what was coming out) but got interested again in iems with the InEar ProPhile 8 and Hyla CE-5, downhill from there lol

…it’ll come to me

Ohhhh man …. The god damned beats by Dre Tours. The in ears. $150 of poor QC and boomy bass. I thought they were the ish

I really have no idea what started my infatuation with good audio and more specifically IEMs but, something sparked it around 2009/2010. I’ve always loved music and I’ve always been around music since I was born, my dad being an owner of a huge CD collection with his giant speakers. Music was always playing in the house.

What a journey it’s been.

Haha, that’s one way to put it

But really, I feel like Aria stands out so much, but the main difference with the KZs that I needed was a more balanced sound signature.

First IEM was probably some random Sony / JVC / Panasonic / Philips thing I would have picked up at a local electronics store (20+ years ago). I have no idea if these were good bad or indifferent. I’m not sure I’m serious into the hobby, at least when it comes to IEMs, and how most people think about being “serious”. I only have one set of ears, and the price / performance relationship is really screwed. It seems from my vantage that most hobbyists under-rely on EQ, and are in a perpetual state of buying. The (relatively) low cost of chi-fi certainly facilitates this, but really you have to ask what am I gaining through all these purchases (satisfying curiosity?). I’m quite satisfied with the ER2SE right now, and don’t see any need to buy anything else (at least when it comes to universal fits). I am considering a custom fit, as it would have some distinct advantages, but I kinda expect I will have to apply EQ to realise its full potential.

It’s kinda the same story with over-ears. While I’d be quite interested to spend some time listening to Audeze, Hifiman, Focal or Dan Clark stuff, I’ve yet to identify a tangible reason to move past my HD600. Once I have a transducer which allows me to comfortably enjoy (accurately reproduced) music in all environments/situations in which I would want to listen to music then I think I’m happy. But I guess I’m always on the lookout for that bit of evidence, and do keep an eye on stuff that goes on sale, sometime they cross into the threshold of, sure, why not.

My first ever iem was a pair of klipsch image S4 II (or something like that). I bought it approx 80€ iirc. I needed earphone for commuting, and buds don’t hold well in my ears, so I went the iem route.

They weren’t very good, and after a while I lost the tips, so I had to buy comply ones. These tips transformed the set into a bass canon, and brought me ear infections. So I left it at that during several years.

More recently, I bought the bl-03 from zeos’ review; the 03 don’t fit me well. then I bought tin t2 that I didn’t like. It is a bad start, but I was addicted already: way cheaper than headphones, iems are a very good way to “keep economically sensitive” in the audio hobby. With that I could bring them to work easily, and they are naturally closed. So they match my use case.

I had used various Shure IEMs (can’t remember the models) on stage but I think the first set of IEMs I actually bought to listen to music were the KZ ATE.