Where can I get lossless music?

I would be weary of the quality of these usb turntables, they typically don’t yield the best quality of sound when they digitize the audio

Aren’t really nice used vintage turntables good if you can find them?

Yeah there are plenty of good affordable turntables. Recording them to turn into lossless is a different story. You need a good quality adc (typically not found in a usb turntable as those are commonly poor)

So it probably would take a decent amount of set up then.
I still need to get a good CD player to rip CDs on my chromebook, which can apparently run on Linux if I can set it up.

All you need is an average cd drive that can be had for fairly inexpensive. You can run linux on a chromebook by dual booting, but it is slower, so a more bare-bones distro is something you would want to look into

The best one to run it on that’s designed for chromebooks and the way they are set up with the keyboard and touchscreen is this one apparently. It retains touchscreen functionality and has keyboard shortcuts for chromebook specifically.
https://galliumos.org/
Based off Xubuntu.

Interesting, I have been running a fairly slimmed down kali on mine for awhile

I was just bummed that my parents got me a chromebook with 64GB storage, instead of a PC. Oh well lol.

What music player would you guys use to play the lossless audio on your phone?

I got Audify music player. i use android

I used my dads turntable via his PM6006 in combination with a Focusrite 2i4 (2nd Gen) to record some vinyls.
Is a lot of work afterwards to add all the meta-data to the recordings.

USB audio player pro for android is the best I know
if you use a dac/amp wired with your android phone, you can run tidal with mqa(first unfold) or qobuz
so you don´t run into android limitations
other features are also quite cool
the 8$ are well spend over some other players @AntDel

I rip my CD’s with Musicbee, free and very easy to do… Takes about 4/8 minutes per disc and it searches for all the metadata in internet so you get all the photos embedded in the tracks, etc… As for the CD’s if you have to buy they are very cheap in eBay used around 3€ used, Amazon around 6 euros new. I found that to buy Hi Res audio directly is quite expensive.

+1 On MusicBee
Left is the ripping popup, right is the settings (which is a set&forget deal) 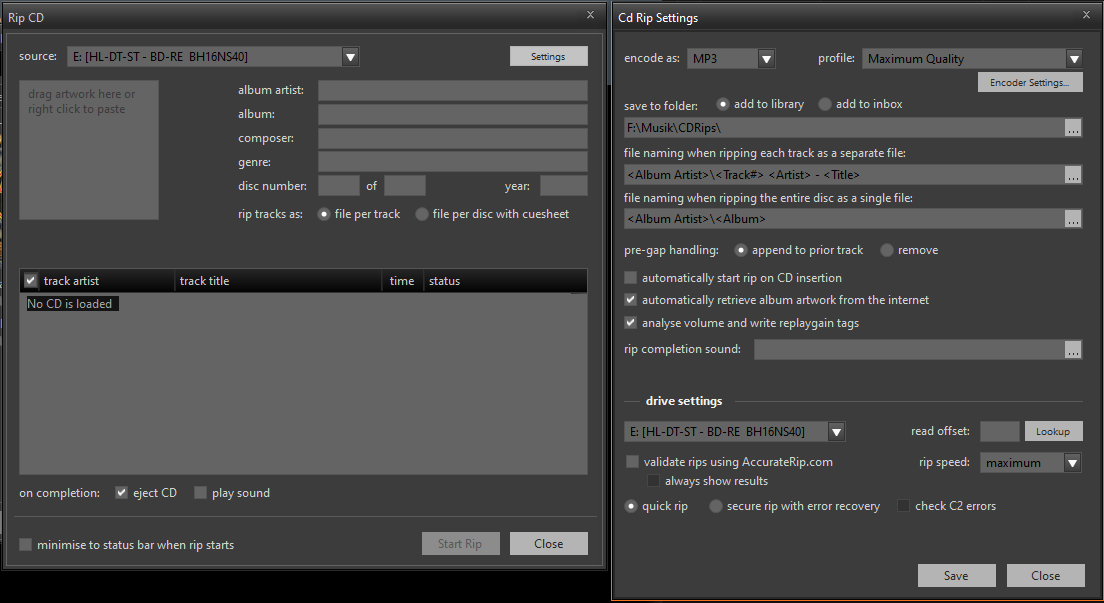 And if you need MOAR TAGS, MusicBee has you covered: 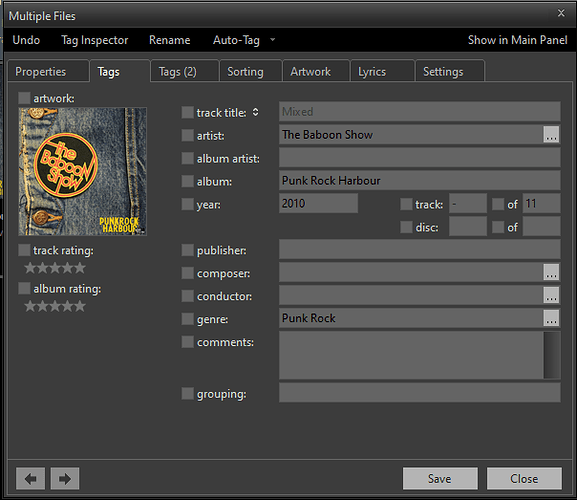 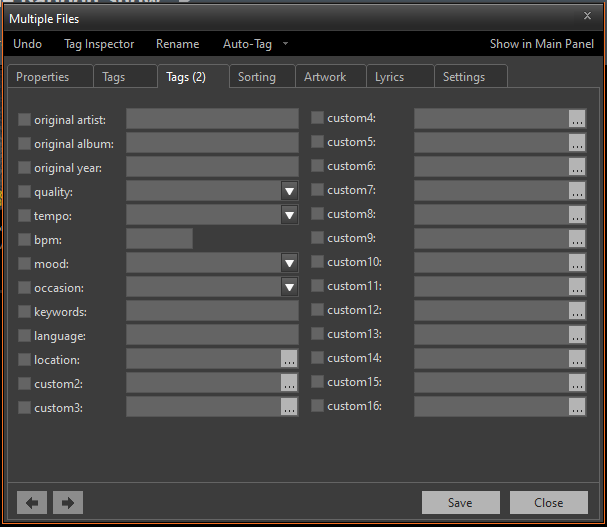 You can borrow some CDs at libraries. You might even be able to do a CD search to see if it’s there. Just saying.

Kind of illegal in the US… not sure about other places though. I think if you already have the music downloaded from somewhere else in a different format it might be okay. Don’t quote me on this though.

Good old Winamp can also rip CD Audio to WAV, you just switch to the WAV Writer output plugin, load the CD to the playlist and play as usual. Output directory is in the plugin’s settings.

But I will say that MusicBee seems hella capable.

I use Foobar - super easy and does not take long

Foobar is my favorite player for pc, ton of features and customization options, been using since the 2000s