Hi gang! Looking for some headphones to take with me to work to use on breaks. I work in a loud factory. I currently use Meze Noir’s and they sound great. Easy to drive off of my phone. I am just getting tired of lugging a full on pair of headphones to work.

So I have been looking at the koss porta pro’s as an alternative. Much smaller and more compact. Anyone have experience using these? I know they are not noise cancelling, but wondering how noise reducing they are. Even outside on break it is rather loud near the factory.

So wondering if I should try them or an alternative like them. Can not do IEM’s they are uncomfortable to my ears and the close spl lv’s cause me pain over time.

I have given up on anything that sounds “great”. But i think the koss’s or something similar may be good enough to still enjoy some music on breaks.

Thanks in advance for advice!

The porta pros will not isolate that well imo. They sound good but isolation is not great. They just rest on your ears and do not isolale

Iems would be the best in your case, but if they don’t work for you that’s fine too

Great sounding little phones, the build’s not super robust but they’re as cheap as chips as we say in the UK…Amazon? then try and send them back if you don’t like

get some IEM’s like the Etymotic ER2’s. the SE are more neutral while the XR have more bass.

Can I be THAT guy? Noise cancelling Sony perhaps?

I have a pair of noise cancelling sonys given to me at work. Painful levels of sibilance.

Edit if anything avoid the ones I have. On the cans it says mdr-nc7

Forgot about foldable. Thanks Mon!

Custom iems would work super well if you want to spend

being they want to get away from the bulk of headphones, the QC35II’s aren’t really a solution. IEM’s or the Koss KPH30i or KSC75 would be though, but then you still have the issue of lack of isolation.

I find something like the qc35s pretty portable, as that’s what they were made for imo 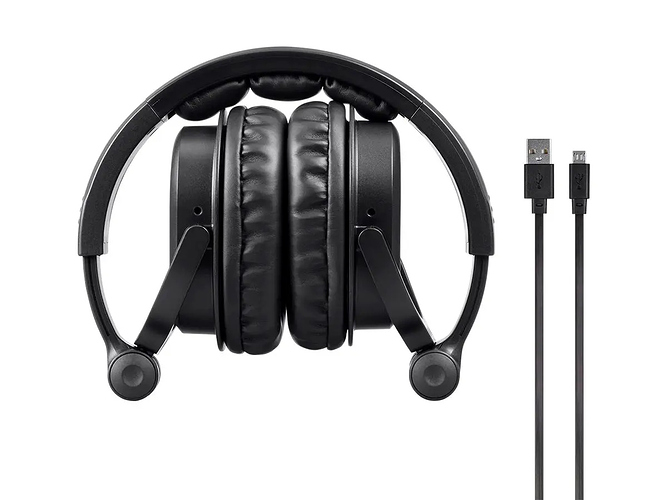 Those are cheap monoprice bluetooth. probably sound ok. anyone know of anything else that is bluetooth and folds up like these do?

Those moldable blue tips that smoosh down and then form to your ears isolate pretty well.

I think there is a wireless version of the m50x that is pretty much the same design, but better sound quality

There is also something like the vmoda Crossfade wireless, which is very well built, but the sound is eh

Sweet, thanks again Mon! I figured someone else had to make something similar. Was not sure if the mx50’s folded up like that.

there is a M50xBT…but I’ve not heard anything about it sounding better than the M50x.

you could also look at the Sennheiser HD4.40Bt or HD4.50Bt if you want ANC. they’re portable and fold up. I’ve got em and they’re decent for something so inexpensive.

there is a M50xBT…but I’ve not heard anything about it sounding better than the M50x.

Yeah it’s just a Bluetooth version of the m50x, I wouldn’t expect it to sound better

Own the 4.40 they are pretty decent for the price

I would take the QC25 or QC35 over the M50 any day. More comfortable. More portable. Better isolation. Better sound. Better quality. I used to like the M50 until I got the QC25 and promptly threw them away.

These days I’m using 99 Noir or Dekoni Blue because I’m in a quieter office, but if I was battling a noisy environment, QC25/35 for sure.