Xduoo XD05-BL Pro - is this jack meant to be bent?

I bought an Xduoo XD05 Basic and the bluetooth module that fits it from a seller.

The first thing I noticed when opening the box, is a bent jack on the bluetooth module. It’s crooked, and the end of it spins freely.

Photos of what I mean

The seller is saying it’s meant to be like that / came like that originally, and that jack is just for stability not audio.

I’m not convinced, and I’m worried that even if it is just for stability, if it’s not actually meant to be bent and loose then:
a) It might break off inside the device some time in the future
b) It might scare people off and ruin the resale value if this isn’t the setup I stick with long term.

Does anyone have experience with the XD05-BL Pro in order to comment?

Edit: Found a product photo of the device on Linsoul (added it to album), jacks are shown as parallel there. If the seller did receive it this way, I feel like they received it damaged, but that’s not my problem.

It’s true that’s it’s entirely for stability but mine is perfectly straight and parallel. Im not sure it will even fit that crooked. I’d agree that it’s likely a damaged unit and you should probably ask for a replacement.

And another note I had a cheap 3.5mm jack break apart once and luckily it only ruined an 6.3mm adapter but I’d really not want that inside any device.

Thanks I’d appreciate a photo a lot - it would be easy for them to sat the stock photo was just a render / edited for aesthetics. Thanks so much for your reply. 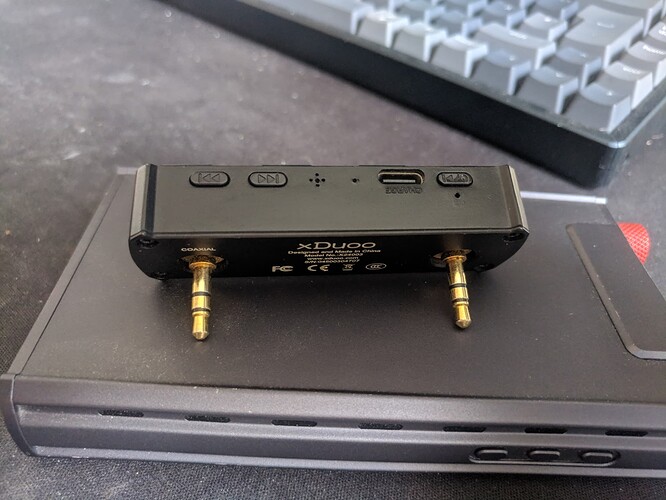 Thanks. I’ll wait on their response but they’ve so far been rather dismissive. It would be a pain to have to resort to G&S protection over such a clear issue. 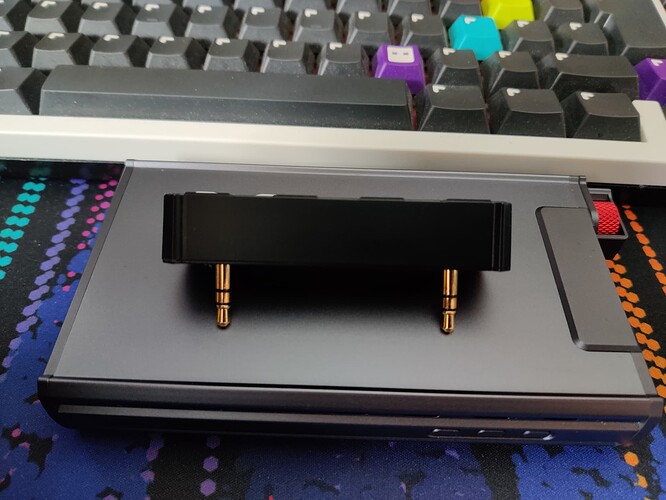 Thank you for the added confirmation! I think the argument is plain now, I just hope they’ll be reasonable about it. 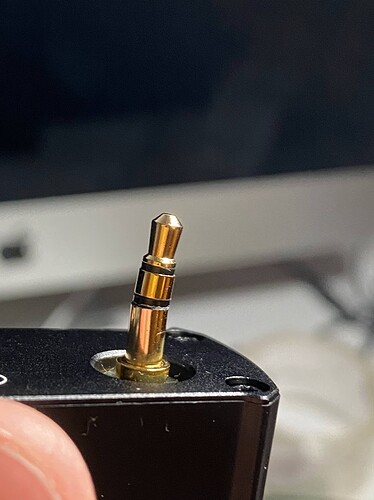 Y’all better stop sending photos before you get me hooked on mechanical keyboards again!

Unfortunately the seller is being defensive not helpful. They say it was bent in the original photo (I’ve included it below) which is true, but it’s not zoomed in on and emphasized, it doesn’t stick out obviously (especially with shadows underneath at different angles) and I have no reason to check for jacks being bent or not if I’m not given a heads up.

If no flaws are mentioned, then a timestamp is just to show that the item exists and isn’t utterly destroyed. For example if a timestamp shows a hairline crack in a screen under close scrutiny, but the description doesn’t mention it, then something’s wrong.

It came with the XD05 Basic, and they are offering a $10 partial refund and the usual “you’re still getting a really good deal” response which is irrelevant, it’s nowhere near the deal I signed up for, different terms require different consent from both sides.

I’ve let them know that I think it’s a pretty open and shut case that as a seller they should be offering a return and refund on unexpected unmentioned damage, and that it would be ridiculous to have to appeal to Paypal but that it would be my next step if they don’t want to take responsibility.

The photo from the listing: 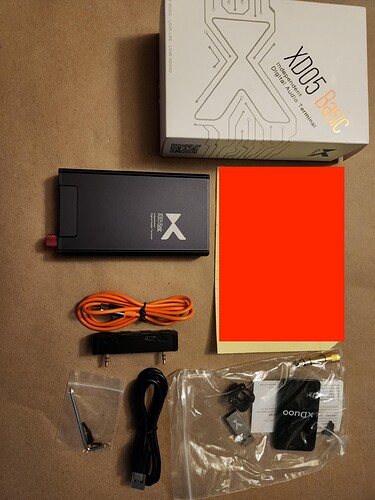 Unfortunately the seller is being defensive not helpful.

Ebay?..Paypal? then yeah report…don’t fucking around and waste your time.

Edit: and thanks for the replies/affirmation. It’s easy to be made to feel fussy or odd over a simple issue. Not enjoying the “new message” dread of going back and forth with a disagreement, on a Saturday morning.

Nah, man, not fussy at all - as far as I’m concerned, as the seller of a product it’s your responsibility to be open and as transparent as possible. In a sales setting, they’ll always teach you to never point out negatives on the product you’re selling unless the customer brings it up which is something I absolutely never agreed with. It just causes more headaches for the seller and the customer.

Appeal that, brother. It’s a pain in the ass but it’s about the principle at this point.

I’ve had to open a Paypal dispute. They’re sticking to “I’ve broken none of the rules” as though not mentioning damage and then selling damaged is something that needs to be a rule.

They’re crazy enough to be saying that if I reported it to the mods I would possibly be banned, as they’ve broken none of the rules.

What kind of a flipped reality are they living in?

Wrote everything up and sent all the photos/screenshots to PayPal. The ________ is wasting the very little weekend I have so they can hang on to money for a broken item. Happy to let people know the username via PM so they can be avoided on reddit.

Duuuuude - absolutely unreal. It’s crazy how much people will push back just to regain their ego.

It’s very easy to just be a decent person and own up to bullshit you’ve laid out on display for all to see.

Good luck, brother. Sorry you have to deal with such a waste of time over the weekend.

Happy to let people know the username via PM so they can be avoided on reddit.

All I wanted for Saturday morning was to scrub the floors, vacuum the carpets, and listen to music while grading, while my girls are at a birthday party. Now I’ll be grading when they nap, instead of getting any exercise this week.

Yeah don’t buy the Foto argument, it’s clearly shoot so that it’s nearly impossible to see any bend in the pin, so I would concur that the omission is intentional

That’s why I have no issue showing you or Paypal their photo for that reason - it is faaaar from clear.

I checked what they listed as selling, checked the photo to say “Yup, that’s the right model, and it looks fine”, and contacted them to buy. There is no way zooming in on that and counting the pixels to compare gradients was sufficient warning, obvious to all, that there was damage. Most humans would say “One jack on the BL is crooked, see photos” in the listing… and then have a close-up of the mentioned issue. Wild that they knew about the issue and thought everyone could spot it without any prompting or suggestion?

I would 100% report them to the mods too

Thanks to PayPal they are giving a full refund on return, but not quite full - they have refused to provide the label.

Thankfully PayPal hasn’t sunset it’s “return shipping on us” policy quite yet, so I’ll use that feature and call it a day. They had best be honest about the items when they receive them back.

If I ever have the time I’ll forward all the details to the AVExchange mods.

For now, the user is land_walker000