Is the atom amp/dac enough to power the dt880 600 ohm or should I just stick with the 250 ohm, is there any difference between them?. And also any headphones recommendations that is good for gaming with a lil bit of listening to music? Mostly play Competitive Rainbow six siege where footseps matter. Price range is 300 dollars

eh? Didn’t you just ask this?Amp for dt880 600 ohm My answer for competitive headphones would remain the same in that price budget. Atom is fine but recommended upgrading if going with the 600 ohm it won’t sound it’s best. Amp like asgard 3 or others in the $200 range bring out it’s sound just fine. Other headphones remain the same in that recommendation. In the $300 price range. You would have to get up into the $400-$500 which is usually what I consider the maximum for gaming based gear.

There is a difference in sound between the ohms. 600 ohm sounds better. Not as peaky not as sibilant more smooth more detail it’s much more refined when it’s properly powered

Edit: here perhaps these will help you more. these are two trusted guides one thorough and goes through it based on budget and performance the other is zeos’s review based on low-fi mid-fi and hi-fi sound and their respective budgets 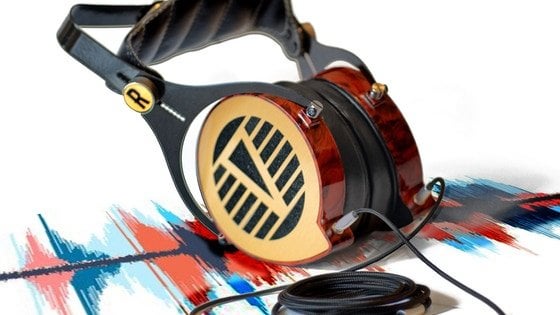 250 ohm is still a pretty solid headphone. I would say it’s a better choice for someone who doesn’t really want to spend a whole lot on the hobby and place some limitations, that and it will sound better off the atom as the atom will power it fully. As for the 600 ohm, like I said the atom will drive it and it will get loud but it won’t sound it’s greatest so really this one is up to you.

do I really need a speaker amp?

Lol, definitely not however, from what people have said it’s a very good pairing. However, that particular amp was modified to really pull some serious power. You could do the same of course and modify it that particular amp isn’t too expensive however my recommendation would just be the asgard 3 at $200 and you can get it in B-stock from time to time for like $150 or so it’s really not bad and will pretty much power anything you throw at it while sounding really good. I don’t recall atom having a Amp/dac combo like you mentioned though as far as I know the amp and dac are seperate units which will total up to around $200 you could always just get a strong combo unit like the Schiit Hel, its like $189 or so, amp/dac combo in that case if it’s just for gaming and it should power the dt 880 600 ohm since that amp can even power the argons and if you can find it in B stock or a cheaper place all the better

I used 600 ohm dt 880s with the atom amp for almost a year. You can get to more than loud enough at around 12-1 o’clock on high gain. I recently upgraded to the schiit asgard 3 and I can say there’s a small but very clear difference in sound. Everything is just slightly tighter with the asgard 3.

I didn’t mean a combo I meant a stack im sorry. Well I have that atom amp/dac stack, If anything I’d proudly just stay with the 250 ohm

would you say its worth it to get the asgard 3 then?

Will also depend on your dac. the asgard 3 will tighten it and bring out much more detail. It’s just a sound upgrade essentially. Which is why I say yeah the atom can most definitely power it but that 600 ohm is fairly picky in it’s setup to really sound it’s best.

If anything I’d proudly just stay with the 250 ohm

since you already have that setup it’s up to you. If you can get your hands on a good budget pair on those 600 ohms I wouldn’t say this is a bad move. Either one will work just keep in mind 600 ohm is definitely the more refined even off the atom. They have some slightly different frequencies

It’s really up to how much you care about the sound increase. Its like an 8% increase in sound quality for $100 more. The main reason i bought the asgard was to improve the sound quality of my argons and thats where i saw the biggest improvement. I’d say if you have other hard to drive headphones or you plan to buy/upgrade to harder to drive headphones it is worth it. Otherwise, the atom is a great amp.

A side note
The asgard is much heavier and because of this I don’t have to push down on the asgard to plug headphones. I really like that part and for me it kinda made all the difference. But, that could mean nothing to you.

I’m convinced DACs don’t make a big enough difference to be able to discern sound differences until you get very expensive dacs.

I don’t really know if its worth the upgrade then because I’m mainly gonna use it for gaming. Idk man I just want to hear peoples footsteps really good.

If its strictly for gaming then imo just get whatever is cheaper. Theres gonna be no difference in context with gaming between the amps

Get the 600ohm. the atom amp should be fine

this I will definitely agree with. one of the reasons why I went and upgraded my setup

this may be up to the person then. I noticed a difference when I changed my d10 to an e30 much better clean sound in that case…

then just grab the 600 ohm you can worry about potential quality and other headphone upgrades if you want later. atom will power it.

There we go thats what I like a command. Well thank you guys for the help have a nice night.

It’s most likely pretty ignorant for me to say that dacs don’t make a difference because i’ve only listened to the d10 lol. I just say that because I don’t want to spend money on a new dac

I don’t have a ton of experience with dacs but I have heard a few… they do sound different though some much more than others… For gaming though I don’t really see a real need for super expensive dacs. We don’t need that top of the line sound quality dac as most games can’t even use that high of quality, well least not yet lol. Amps are the biggest choice in that regard. I definitely noticed a massive different though going from my E30 and switching over to the Bifrost 2 but thats a massive price change too. I do love my E30 I think it’s absolutely fantastic for it’s price point but no competition with that bifrost

Was gonna say the same. Usually it’s best to just go the 600 ohm if you can run it but I like to let the person straight up decide and weigh the options lol. Guess just straight up telling him hey just buy that one straight up works though.

I can say confidently that my dac is the limiting factor in my setup. Do you think It makes sense to upgrade only marginally (e30) or save up and get something like a bifrost?