This is the official thread for the Denafrips Ares II 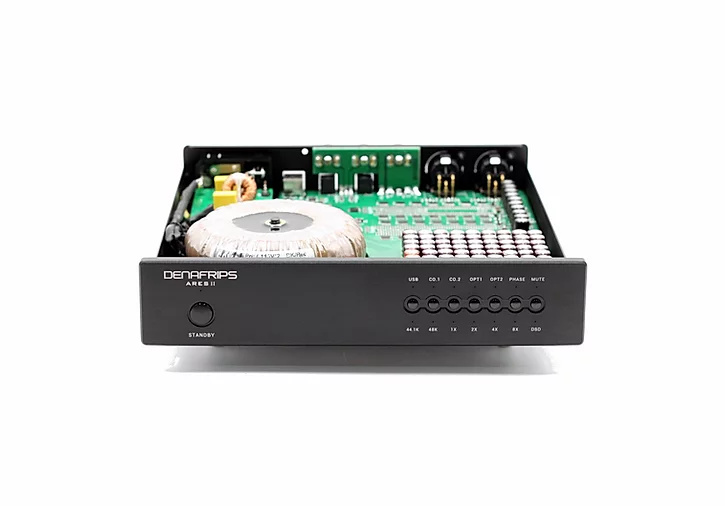 I thought it was odd you never made Ares II thread before now. Anyway how does the Ares sound compared to a typical delta sigma DAC? Is this still your number 1 recommendation for an R2R DAC under $1k?

Difficult to find them in Europe i find.

Anyway how does the Ares sound compared to a typical delta sigma DAC?

Pretty different imo, but it’s not only because of the r2r but also the implementation. So the strengths of R2R tend to be speed, spatial recreation, presentation, and also naturalness and timbre. It’s really something you want to experience because it’s impressive on how natural and how well it can recreate space imo. So imo I think sigma delta can be equally as good if well implemented but I think there is a real performance gap in sigma delta dacs from 600-1.5k imo, and I think the r2r or multibit offer higher performance, but back around like 2k the sigma delta gets more compelling again

Is this still your number 1 recommendation for an R2R DAC under $1k?

It’s one of my current favorites but I don’t think it’s number 1 because it depends on the system for what they are going into synergy wise, I typically don’t have things I would call number one

How would you compare the soundstage of the Ares II compared to the Bifrost 2?

The bifrost 2 is a bit wider, the ares ii is a bit tighter in it’s stage but a bit more precise imo, both do very well at staging imo.

What would you recommend for speakers. Jamo C 93 II with 2 Infinity 12’s. Got bass covered and room has some reverb due to wood floors.

I would say vocal clarity. And ideally under $500. So probably just a good clean DS chip?

Hmmmm. Well that budget changes things lol, I would save up a bit more for a solid dac or go for something like a topping e30, which would do what you want imo

I saw on the product page that this DAC has a FPGA for Digital Signal Processing. Has anyone heard it? do they sound very different?

This does not do the digital to analog conversion with a fpga chip, that is still handled by a discrete r2r. I think the fpga is mainly there to handle filters and also possibly aid with dsd

I thinking of committing to this DAC in the near future. @M0N would you describe the Ares II as tonally neutral? Is there another similarly priced R2R DAC that you think might be a better all-rounder.

I have an Asgard 3, Hagerman Tuba, and may be getting a RNHP if that affects your advice at all

IMO it’s a bit too colored to be tonally neutral, but it’s not like crazy colored. I think the bifrost 2 is a bit less colored but it is still a bit relaxed warmer leaning. I guess a good question is what way would you want to color your current setup

I don’t have much preference in any direction since I have zero experience with DACs like these. Since this is my first one I’d like something that pairs well with most things.

Also I want that

So the strengths of R2R tend to be speed, spatial recreation, presentation, and also naturalness and timbre.

I don’t have much preference in any direction since I have zero experience with DACs like these. Since this is my first one I’d like something that pairs well with most things.

Gotcha, well I would just say that in this case, you would go for the ares ii if you wanted to add a bit more forward and fun sound, where the bifrost 2 would be a bit more relaxed in comparison. I do think you might find the ares ii more worthwhile for what you currently have imo

Should you be disappointed with the Ares II or Bifrost 2, you can rest assured that both retain a really great resale value.

Very true, both are rather sought after atm