I’ve just got that itch. I’m sure you all know what I’m talking about.

Yeah we do… lol. Well shit man if it’s hard for you right now you can wait until such a purchase is more comfortable. Diminishing returns is a given ofcourse but I would expect the Clears to be good and quite a different experience the 660s.

Also you might want to look into the used market or consider the possibility of selling your pair later since the good thing about expensive gear is that at the end of the day it holds decent value.

Reselling definitely is a plus. In the past two years I’ve sold an HD650 for a bit more than I got it for, and a DT880 for what I paid.

I know that if I got a Clear and liked it, I’d be able to recover the cost of the 660S no problem.

It’s sick that I’m even considering spending $$ on audio gear. Honestly, my A3/HD660S sounds fricking great. And sometimes I swap out the Senns for my Andro 2020s. I’ve just got that itch. I’m sure you all know what I’m talking about.

The Andros, I must remind myself, were a good lesson re: diminishing returns. They are great but not multiple times better than the cheaper sets of IEMs I own, despite being multiple times the price. I strongly suspect that’s how I’ll feel about the Clears…better than the 660S but not even remotely proportionately better compared to the price difference.

I think it’s also something that comes with time, you might find you feel that way now, but not later on, but who knows, depends on the person of course where diminishing returns actually hits

Also you might want to look into the used market or consider the possibility of selling your pair later since the good thing about expensive gear is that at the end of the day it holds decent value.

I’d assume og clears are likely around their lowest point used (but could go lower, I’m not a used market analyst lol), but if you found a good used pair, you could likely sell them for basically what you bought them for at this point

OG clears now can be had for under $800 on Ebay. I haven’t checked the for sale listings on the forums. But yes: I’ve I can get a pair for $750 I expect to be able to resell for about that amount. That was the case with my HD650s, and I’m sure my HD660S. I absolutely do not buy this stuff at MSRP. Used or “open box” are the way to go.

The used market is awful these days. Bad or good depending on the side you are. I have seen hd660s for 250$ mint with no buyers. They were 300$ om adorama and amazon for a bit.
Also, there are few listing at head-fi where you can find clear OG for as low as 650$ with extras.

I’m going to pick up the Focal Clear OG. I saw it for a decent price a few places. Do you think the MG is a step forward or a step back?

Three years later, I have joined the Clear club. Right out of the box I am enjoying them.
They are plugged into the Violectric V220, along with the Elex’s, where they will battle to the death.

One thing that I can say for sure is that the very light grey is going to lose to my oily skin and hair. But that is a problem for 2023 Shane. 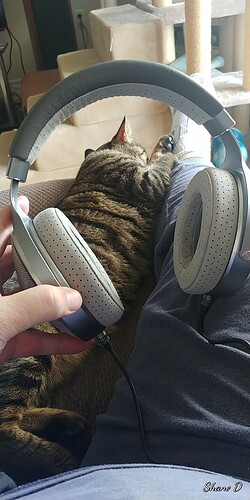 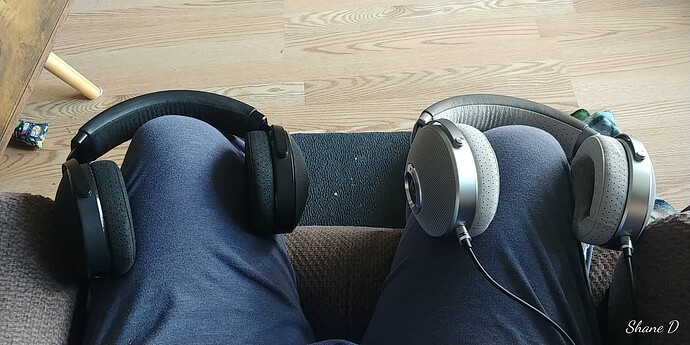 Sup Shane - Ah - a battle that I’m very keen to know the outcome of.

So how far apart are these?

I’ve had the Elex for 3 years now. Clear was just a tad bit over the budget - always the one that got away. I guess I want to be content. But give it to me simple, and give it to me plain:

Worth the climb up?

WAY to early to tell which is better. I am just three hours into the Clears. I will go back and forth for at least a week. Then I will try something very different (SR2’s or HE6se V2’s) for a week or two and then come back.

To me, the black is SO much nicer and SO much more practical.

But these Clear’s are Awesome right out of the box. Of course I am coming off of about 11 days with Radiance/Cascades closed backs.

I have loved my Elex’s for about two and a half years. They have operated perfectly so far, but who knows how long they will go. The Clears were a Great price at $839.00 since I paid $599.00 for the Elex’s and I now have a three year warranty. There is a Focal shop in Canada (Quebec). I believe they will work on Clear’s, but not Elex’s. At least that is what I have read.

It was worth it to me, after three years of waiting/lusting.