This is the official thread for the Klipsch HP-3. This thread is for discussion and reviews. 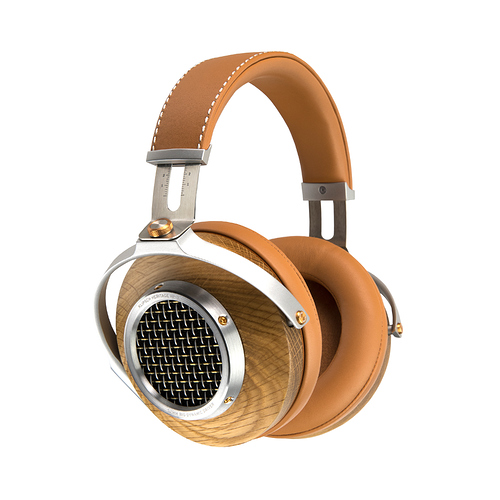 I found one of these on ebay, essentially brand new, open box, at a 500 dollar discount. It arrives tomorrow and I’m very hyped. I would never pay more than that for a headphone, so if all goes well this will be my endgame. Will post again after I have had some time with them.

Alright, these showed up this morning. Wall of text incoming.

The box is amazing, as everyone who watched Z’s vid knows. I got the ebony wood, all the cables and whatnot are colored to match. The headphones are beautiful, though the ebony isn’t as obviously stand out as the other woods, you need some light to really appreciate it. I don’t have the problem that Z had with them sliding off his head, they sit firmly on my head. I will say that the headband padding could be better, as I do feel some discomfort after extended listening periods. I may get the Dekoni Nuggets to take some pressure off the top of my head. The pads feel just about perfect, I have no desire to try swapping with these.

I have tried a lot of upgrades since getting into this hobby. I started with X2s and went from there to the HE4XX, which has been my go-to for a few years now, despite numerous attempts to upgrade from there. I have the Verums, I have tried both variations of the M1060s, Meze Classics, Hifiman Sundaras, 58Xs, and 1More Triple Driver over-ears. I like several of them but none of them as much as my 4XX. I was about to give up and decide that to my ears the 4XX was just a perfect fit and I should just stop trying to get something “better.”

These, right out of the box, are an obvious upgrade. I didn’t need to take time to adjust to the signature, I didn’t need to try to talk myself into giving them a longer listen before I drew conclusions, I hardly ended up doing any EQ, and I EQ the absolute fuck out of everything. I just added a tad bit more low end, which wouldn’t be at all necessary for anyone that doesn’t love an exaggerated bass signature, I just happen to like my slams. They’re just better, period. Considering the price difference that should be obvious, but you gotta understand how happy I was with my 4XX. Those things were doing exactly what I wanted as far as I could tell. (Then why upgrade? Because insanity.)

They’re so musical, there’s nothing clinical about the sound. They’re detailed but not in a way that makes bad mixes sound offensive. I started out with some of my favorite songs as far as production quality goes, and steadily moved towards stuff that I love but will trash talk all day because of how ugly sounding some of it is. Nothing sounds bad. Whatever is going on in these takes the edge off the worst sounding songs in my library, and greatly enhances the best.

Sound stage is just wide enough, I would call it perfect for music listening. Wide enough that you get some cymbal splashes and little details out away from your head but close enough that the more intimate sounds still sound legitimately intimate. The music has space to breathe and it’s amazingly easy to pick out every little thing going on. The music I listen to is busy, there’s a lot going on and it’s all being thrown at you very quickly, if a headphone doesn’t do separation well things can get lost very easily. I can hear EVERYTHING going on with these. It’s clarity on a level I haven’t heard from anything else, but just as importantly, it’s fun sounding. My music sounds alive.

I did a lot of homework before I invested in these, and in an interview with one one of the guys at Klipsch, they said they wanted to build “a headphone that ROCKS.” Mission accomplished for them and endgame achieved for me.

It’s great how klipsch focuses their high end heritage products towards more music enjoyment rather then pure tech specs or “the most whatever.” They just make it sound so enjoyable while retaining a great level of detail. They just focus on tuning their sound to make it super enjoyable and well rounded.

I was looking at a pair, but I convinced myself that I don’t need it, and I have too many already, but your impressions are definitely making me look into them again lol

Edit: also what amp are you using them with?

Currently using the THX 788 from Monoprice.

I have my first set of tubes coming tomorrow in the form of the Little Dot Mk2, so it will be interesting to hear how they sound on those. Z seemed to think they tubed well.

Well, that might make them even more relaxed and laid back, and expand the sense of space, so you can choose between 2 different flavors of sound with the different amps

Thanks for taking the time to write up a review. I fell in love with the looks of the oak ones and have been thinking of picking up a pair for a while now. This just further reinforces the fact that I need to pick up a pair sooner rather than later.

335, any plans on getting the Klipsch amp?

Nah. I thought about it briefly but truth be told I have never heard a big difference when swapping from amp to amp or dac to dac. I already have an all-in-one and I don’t think I’ll be getting any more. I do love the look of that thing though.

I’m curious about these headphones. their the only headphones i know of that come in dark brown. I love that color and the color of these headphone. they come in 3 colors and i love the brown. they look so awesome. Zeos just loves them. but im worried about the sound. I heard these headphone have air. Is that air like the Hifiman Sundara? And i also heard them compared to the audioquest night hawks. is it a dark headphone?

It’s actually kinda like the Ebony’s you own, they have a mild v shape with great impact and detail, not the widest but very enjoyable

Is it cause they both use a bio driver? not all bio dynamic drivers are the same right? some are better than others?

Yes they are both biodyna, they do sound different but both are very enjoyable. I ended up preferring my th900mk2 over the hp3 but the hp3 is also very good

Why these haven’t become more popular among headphone enthusiasts I just don’t understand. The build quality is top notch and they sound as good or better than any other headphone in it’s price range.

I’ve had mine for about a year and they’re still one of my all-time favorite headphones I’ve listened to. Klipsch has said they wanted them to be like listening to speakers and while that can’t really happen they do sound as close as a headphone can get to sounding like a speaker. The bass is punchy and thick in the best possible way. Mids are smooth and detailed with highs that are just as detailed and have the perfect amount of sparkle as to never sound harsh. I think one of the places the HP-3 really shines is with the soundstage because it has a really nice 3D presentation. They are wide but not to much because I think a headphone can start to sound thin with a really wide soundstage. The imaging is also on point and the placement of everything you hear is perfect.

I feel like for everything you get along with the SQ that even with the raised price of $1,345 they’re still worth it. You can find them used in the $800 price range and that is a steal for this quality of headphone imo. I’ve thought about selling all of my headphones I have at least once but not the HP-3 because it truly is something special.

I think it’s because stuff like the zmf auteur, th900mk2, campfire cascades, and denon 9200 exist, because they directly compete in sonic performance. Personally they are good but not stand out to me sonically, but the build is very impressive and the overall package for the price is pretty great. Used they are a pretty good value though as you say

I’ve heard Aeolus and some of the Denon headphones and I think the HP-3 sounds every bit as good as the Aeolus and a little better than the Denon I’ve heard. They are in a crowded market and price point so I believe you’re right about why they aren’t as popular.

I hope Klipsch aren’t done making headphones now that they finally have a winner, I’d love to see what they could do with a planar setup or just a new and improved dynamic driver.

I actually looked into these. Zeos seems to really like them. but there were featured to them i didnt like

I wish I can find them for cheap. I wanted a pair of sendy aivas but I couldn’t justify the 600 they were. now I believe they are 500 and I was considering picking up a pair (cuz I like purddy headphones) but now I think I’ll just keep saving up for these hp-3s. They would be my end game for sure.