I am looking for competitive gaming headphones, occasionally music but not important as I have speakers for that.

I’m eager for advice, just consider yourself gifting your friend awesome headphones for gaming with mic and amp/DAC if you think it’s needed as a new year’s gift, that HE pays for.

The DT 880 is the go to competitive shooter headphone from what I have read in these parts. The higher the ohm rating the better for that set if cans, but for sure the 250 and 600 omh version will require an amp. But those can be had cheap these days. For a mic just get a mod mic. There cheap and can be attached to your headphones.

As for mass drop they are great if the product you want is ready to ship. If it is not it can take a long time for it to get sent out to customers. There return policy is a tad wonky too from what I hear.

I wouldn’t recommend the 880 in this case as a setup like that would probably push over his budget, as even with the 250 ohm you would still want a mic and another amp so I think you would end up around like 300 in

I would say a ad700x and a modmic if you want a headset would actually me more appropriate, because you don’t really need an amp to take advantage of them and it would better fit in his budget. The ad700x do a fantastic job for placement of audio and also emphasize spatial queues very well.

Since you have the mic interface thought, would you be opposed to getting something like a Shure sm48lc and a cheap mic arm? It would cost about the same as a modmic and you could get better sound. You can also run the headphones off of the interface too

The ad700x is more for gaming imo, but if you want a good all rounder the 58x is there and that would be my pick

Thank you all for the replies.

The mic isn’t an issue I guess, I do have a generic mic with an arm that I can use, I’m not sure how comfortable is that or how my keyboard will sound though. Will try!

What are the benefits of running the headphones through the interface?

Well that would help budget wise then, because then the 880 250 ohm can become viable imo. You could pick that up with an amp like the jds labs atom or liquid spark and connect it to the line out of your audio interface and use it as a dac, so that would be pretty sweet, but it would still be like 50 ish bucks over budget

With the 58x or ad700x I don’t think you would need an amp and can use the built in amp in your interface, which should be a bit cleaner than your motherboard audio and it would be well within budget.

I think if you are willing to spend for the 880 250 ohm and a jds labs atom amp (and some 1/4 inch to rca cables to connect the amp to your interface) that would be my pick, but if you don’t want to go over budget, the ad700x would be leaning more towards competitive and better for gaming, while the 58x is good for more casual gaming and music (as the 700x can be a bit iffy with some genre)

For modern warfare I have a particular fondness for the he 4xx. The dt 990, and 880 are also good options

Thank you Mon for the great info. I think you’re kinda saying that the interface can serve as a DAC? And then depending on the headphones I might need an amp or not. Please correct me if I’m wrong.

I’ve just tested my mic and I do not think this option is viable, too bulky, and keyboard strokes are picked up even more than speech. I think something like Antlion ModMic for 45$ or similar/cheaper would be better.

I found the 990 cheaper than 880 on Amazon. The 600 Ohm version isn’t much more expensive. Also the 880 comes in pro and premium versions, any difference?

I think you’re kinda saying that the interface can serve as a DAC? And then depending on the headphones I might need an amp or not. Please correct me if I’m wrong.

Correct, you can use the monitor line out on the back of your interface to have it act as a dac. You would want to get an amp if you consider the 880, but you would prob be fine without buying an external amp with the 58x and 700x

I’ve just tested my mic and I do not think this option is viable, too bulky, and keyboard strokes are picked up even more than speech. I think something like Antlion ModMic for 45$ or similar/cheaper would be better.

Cool. Antlion also sells an xlr audio adapter so you could plug that mic into your interface for better sound quality than your motherboard, so that’s neat 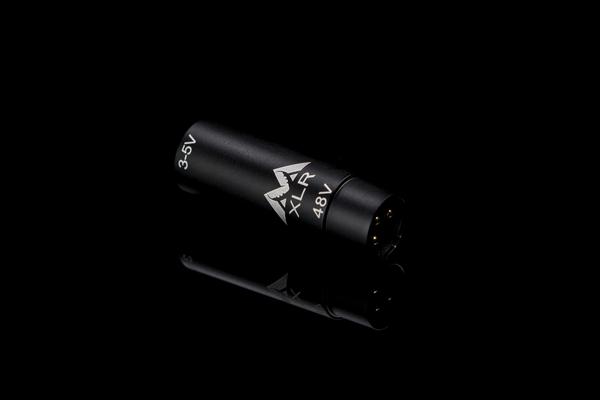 Create studio quality recordings with ModMic and a mixer by safely converting 48v phantom power to 5v plugin power. Perfect for streamers and casters. The Antlion XLR Power Converter is the most efficient way to use a ModMic with a mixer, audio...

I think it would, but you are paying for that for sure. Also you can go for the 600 ohm 880 if you do pick up an amp. I think you could get a schiit heresy or monolith liquid spark and drive the 600 ohm (which imo is the better version compared to the 250 ohm, but they need a good amp). I don’t know if it would wipe the floor with the ad700x or anything for gaming, but I think it would be a clear improvement for games, music, and also comfort and build

I found the 990 cheaper than 880 on Amazon. The 600 Ohm version isn’t much more expensive. Also the 880 comes in pro and premium versions, any difference?

I personally don’t prefer the 990 because the 990 is too treble heavy and bright for most people honestly. I do think the best out of the lower end beyer line is the 880 specifically 600 ohm. The main difference between the pro and the premium is that the pro comes with more clam and a coiled cable, where the premium is a bit more comfortable and comes with a straight cable, so I would recommend the premium version

True, but I mean I do think the 880 600 ohm can recreate a space better leading to more accurate imaging and soundstage compared to the 990 imo

Fair enough, I meant mostly assuming that with the 990 he didn’t need a high impedence version and therefore a dac

Yeah they are admittedly pretty close for spatial recreation, I just give the slight edge to the 880 for imaging and soundstage (and also the better tuning imo but that’s more preference)

I think I will go with the AD700x with V-MODA BoomPro (150$). Don’t think I need to invest more than that in my gaming experience. If the AD700X does indeed provide great footsteps direction then I guess that’s good enough for me, or maybe the 58x as an all rounder, being an audio-noob I probably wouldn’t notice the difference much anyway. hmm

You would notice a difference between the 58x and the 700x imo. The 700x is a fair bit more bright and bass light signature, where the 58x is a more warmer and thick sound. Also imo the comfort and build on the 58x is better, but for competitive gaming I think the 700x images better and also emphasizes footsteps more but ends up sounding wonky for some music and might leave some wanting a little bit more bass in their music. The 58x is more a music headphone but is still great for gaming, but I think the 700x is better for competitive play where the 58x shines more in the just enjoy it/casual games

Do you have any idea how they compare to the PXC 550?