Nevertheless, the main idea of this mod is not to add fancy connectors for detachable cables to the cups but to have a quick mod and to simply use what is already available and not to alter the cups at all - so that you may test and undo this mod without any problem. You will have to unsolder 5 connection points and to solder 2 - but that is simple and can be easily undone. You only need 1 wire which matches the wire from the left to the right cup in length/strength (the lazy approach is to get one replacement wire from Beyerdynamic for 5 bucks). 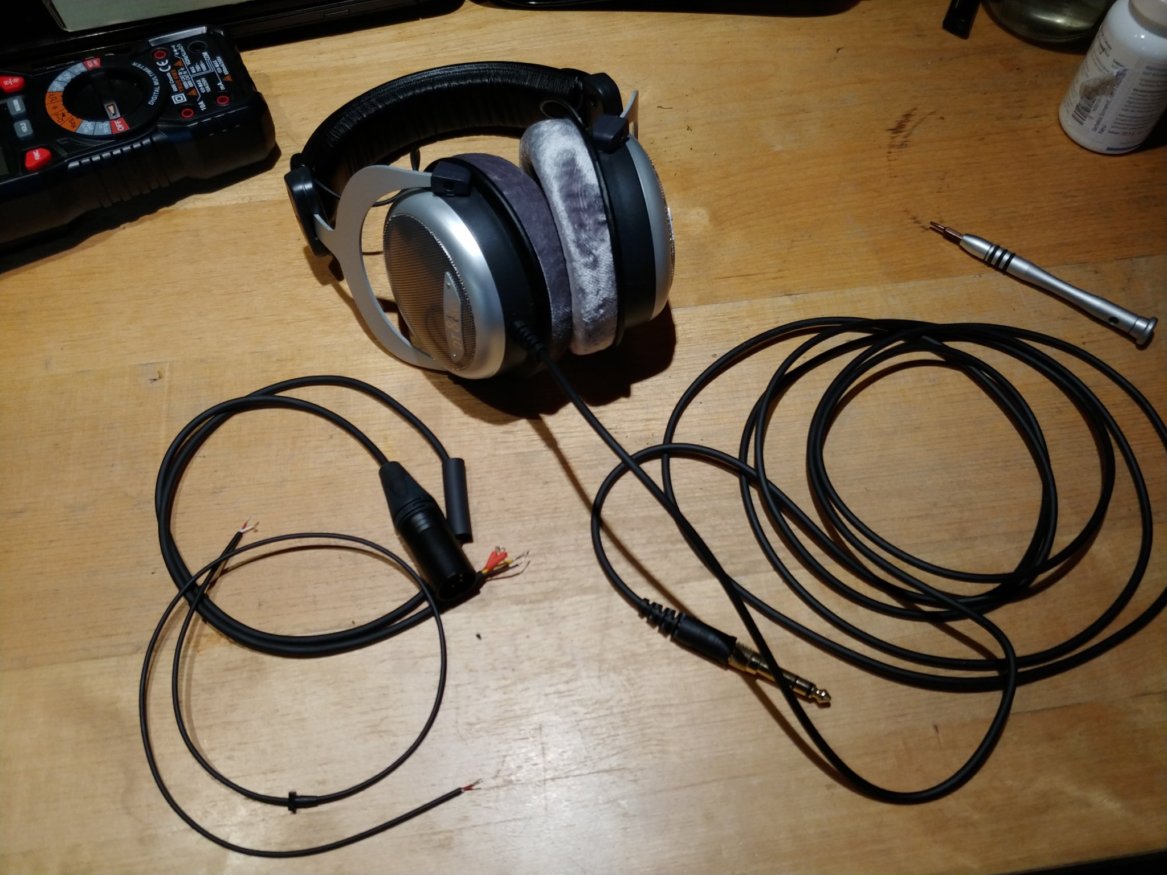 The drawbacks are that a) you have to flip both cups upside down - but they are completely symmetrical - hence it is only a cosmetic flaw with the text on the labels (and you will probably not go outside with it anyway). and b) the wire fixation is not superstrong at the cups (not to be used for sports).

Of course you yourself are responsible for any damage you make to any gear. This is not a recommendation but my experience report on what I did. 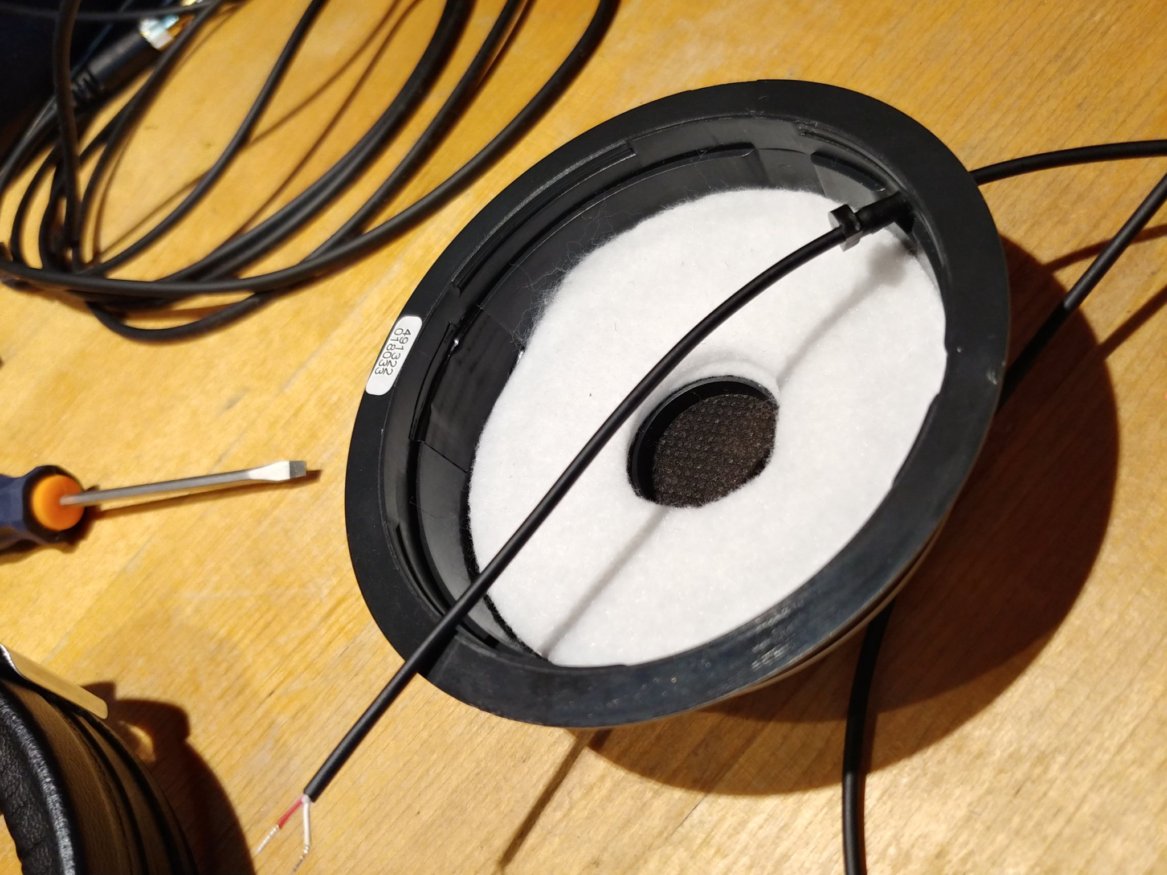 Obviously you could have simply attached a 4 pol balanced cable inside the left cup to the driver connectors and to the inter-cup-cable and keep the rest as it is without any cup-flipping. But
a) I do not like to cram stuff into the cups (I guess the original sound designers/engineers wouldn’t have liked that - and now there is even less difference between left and right cup “filling”) and
b) I dislike cables going from cup to cup and prefer the cables to be on both sides (physical balance). One additional advantage is that the wires do not point downwards to your shoulders but forwards.

You now own the 088TD balanced headphones 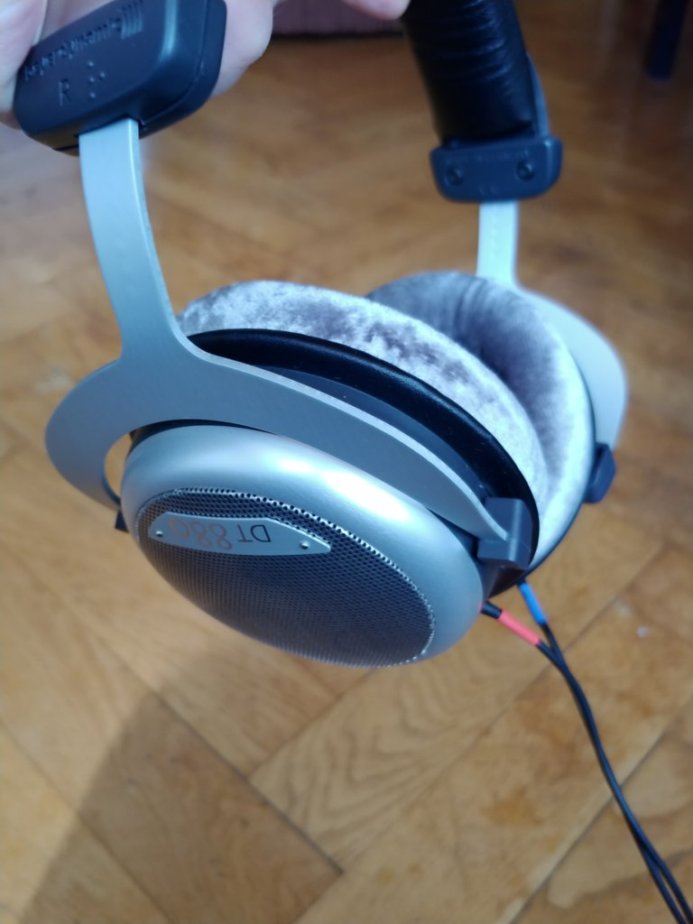 Oh wow. This goes under the “Why didn’t I think of that?” category. That’s genius actually and stupidly simple.

That said, it would bother the hell out of me that the DT880 is upside down. I know you’re not looking at the headphones while you’re listening to them, but it’s the OCD in me!

… just avoid to look in mirrors

As a sidenote: Zeos suggested in the video comments to drive the (single ended) DT880/600 with a speaker amp (if you do not have an Emotiva A100) by using two banana-to-RCA + RCA-to-TRS-1/4_jack adapters. That implies that you introduce a common ground in the jack for the two “minus” terminals of the L/R speaker outputs of your amp.
This is not recommended for most amps.

A modded balanced DT880 and a simple banana-plug to female 4pin XLR adapter is a bit safer way to test this (in case you do not own a THX 789 or another powerful headphone amp): 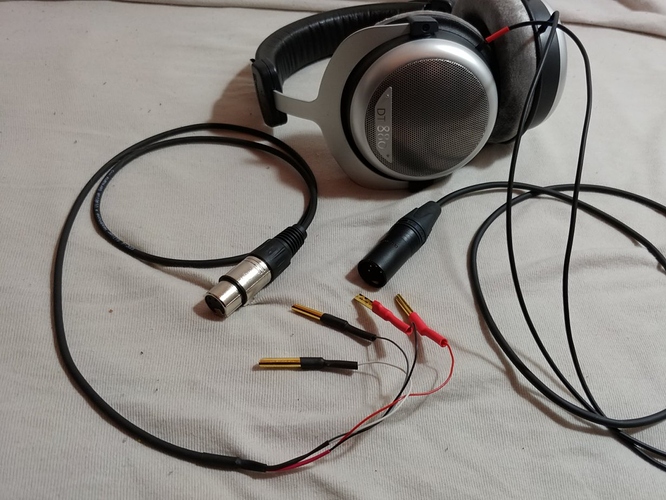 Keep in mind that the speaker vs. headphone impedance mismatch forces a speaker amp to work far from its specs. And again a warning: you may “blow up” all your gear and permanently damage your hearing if you do not know what you are doing with such a combination (but that would be even much more likely with the approach from Zeos) !

edited for stronger wording (in bold) as suggested by MazeFrame

Speaker amps drive speakers, where it is acceptable to have bias voltage just “bleed” away through the speakers.

That implies that you introduce a common ground in the jack for the two “minus” terminals of the L/R speaker outputs of your amp. While that may be ok in most cases, it is not recommended for ALL amps.

I would argue the oposite: Combining the - terminals on most Amps is a risk!
The problem is that when you have left and right channel on inverted phase (which happens a lot during normal music playback), you get a very high current flowing without any resistance. Essentially shorting the amp.

As a bare minimum protection, get some 15W or greater rated resistors and wire up the following: 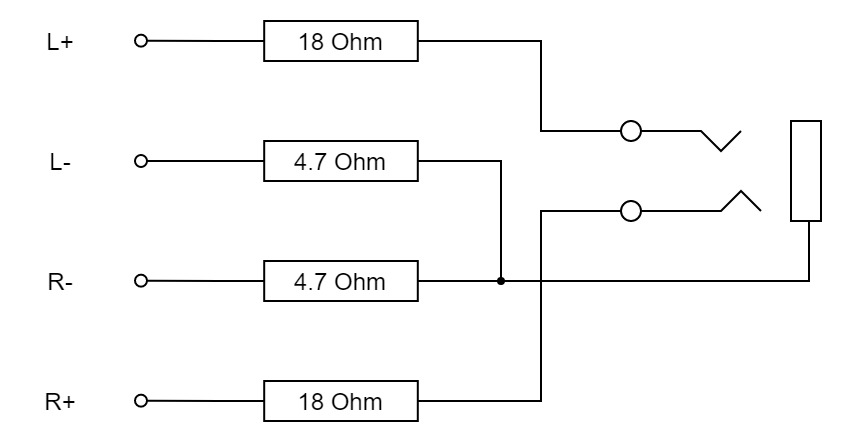 I perfectly agree, I just wanted to express in a polite way that I consider it dangerous to follow Zeos suggestion here but probably that was not clear enough (I am obviously not a native speaker). There are some similar commercial (“HiFiman HE-Adapter”) and DIY solutions out there for this approach (e.g. “Robinette Box Speaker Amp to Headphone Interface”).

You may have noticed that Zeos claimed that the Schiit Ragnarok2 amp drives the DT880/600 well from its Single-Ended Headphone-Output. While the Ragnarok is a 1500 USD beast with many features which outputs 24W/ch balanced, it outputs “just” 6W/ch at 32 Ohm Single-Ended and “only” 375mW/ch at 600 Ohm Single-Ended.
The THX 789 outputs also 6W/ch at 32 Ohm balanced and 400mW/ch at 600 Ohm balanced. Thus you just need to mod your DT880 balanced and you are perfectly fine with a THX 789 as amp for your DT880/600. I am very, very happy with that combination.

Just wondering…
Can we just buy an
Xlr to 6.35mm female
Interconnect cable

No.
Because in a balanced amplifier, having a sound on both channels, but with a 180° Phase shift between left and right would cause a very high current flowing (= short circuit) between the output stages.

The other way round, so balanced headphone on unbalanced amp is fine.

As i understand balanced feed
It has +R +L and -R -L
So just take the postive segments
As a left right with mutual ground.

By that logic, why not mutual the positives and use the negatives for L and R?

Do that at your own risk, it may blow a fuse or the whole amp. I would strongly advise against commoning anything on a balanced amplifier 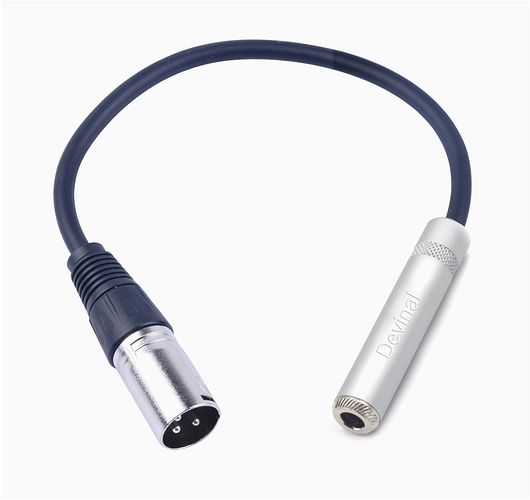 Those are for other things, not headphones.

So these considered dangerous to use

Those adapters are mostly used when you have a line level (or high-Z device like an electric guitar, etc.) and your mixer/interface only has XLR-inputs.

Have anyone noticed a difference bad or good in the sound of 880 after balanced mod besides the volume level increase ???

Doing (any) of the balanced mods does not really “change the sound” (unless you are one of the people aiming to use “better” cables for “better” SQ) but it enables the DT880/600 to be driven “properly” by amplifiers which put out significant more power at their balanced outputs. The “loudness” is not necessarily the issue. You may get “(very) loud sounds” out of the DT880/600 on many weaker amplifiers in Single Ended mode but they usually sound anemic, undefined and maybe bright/harsh compered to properly driven ones. If the amp is really too weak, the sound is obviously distorted already at lower listening levels. Especially the definition of the sound/the imaging/the impact of the low end are significantly better on more “capable” amplifiers. They benefit from the authority / the power reserves the amplifiers have for recreating short pulses etc.
I did the mod to drive the DT880/600 with my THX AAA 789 which delivers outstanding sound when using its several times more powerful balanced output while it is really bad at driving them on the Single Ended output.

Happy to know …
I thought its just a volume increase
With the same anemic sound.
…
Thanx

As the owner of 600ohm DT-990’s I bought one of those adaptors when I was trying to a 789 on Massdrop. I’m glad I missed out on that drop cause I would have destroyed either the amp or the headphones using that adaptor. I ended up getting the SP200 which easily drives my 600ohm DT-990 through the ¼" out.

If you’re in Europe, I can just recommend looking elsewhere. My Magnius was absolutely dead on arrival, and now I have to pay for shipping to get a refund, so I ended up spending $100 to ship a dead piece of kit around the world.