What's the worst headphone, ear bud, iem, or whatever you've ever listened to and post a pic if you can 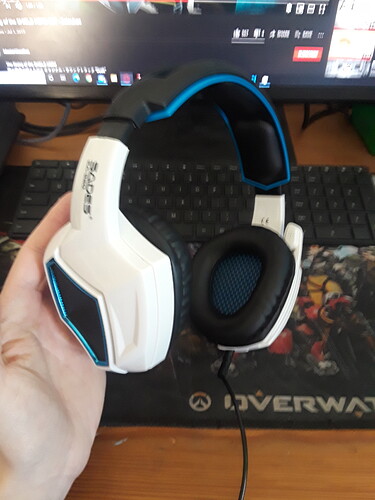 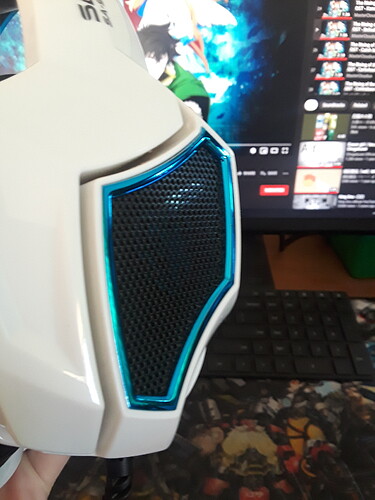 The Sades SA-920, with the very on trend white, blue, and black color scheme. Note the grills on the side, not for it to be allow air flow for an open-back design, no thems style grills. And the sound! It’s glorious, if your after distortion where everything almost sounds ok, but you get that nice distortion at the end of every sound, then these are for you! Sounds nice and muddy.

Yes this is the solution listen to these(or your worst pair of headphones) for about an hour or two, let you ears get used to them. Wait long enough that it almost sounds right again, then switch back. It’s like being locked in a dark room for two hours then walking out into day light. These are by far the worst things I’ve ever heard.

What’s your worst headphone, and do you pull them out every so often just like I do?

Made another fun discovery, this is how they expose the drivers under the pads: 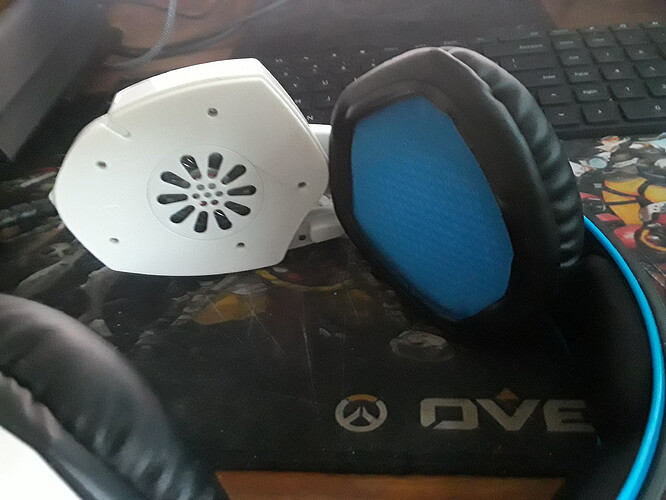 I will say two positive things. One they make surprisingly good speakers. Also the drive stabilization is way better than I expected, even cranked on high gain on the FiiO K3 they actually don’t shake very much at all.

Found out why everything is so distorted: 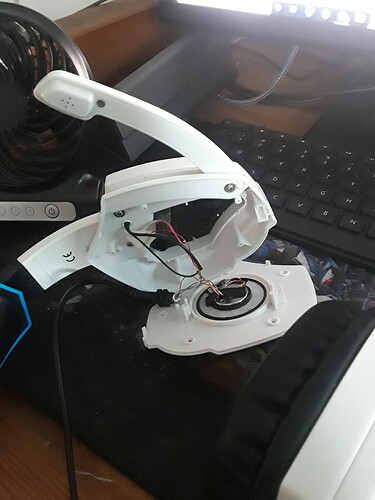 empty plastic housing. Literally just the plastic shell and the driver. Also there’s a loose part of the coil in the driver so I sure that make everything sound even better: 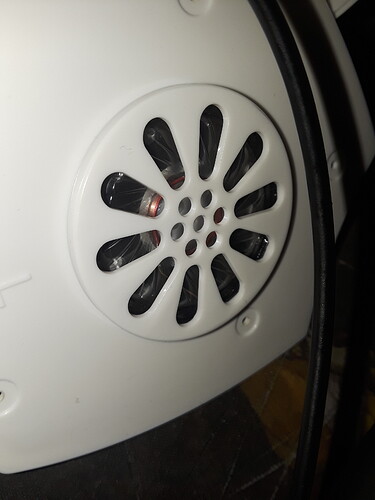 Wow, I was expecting some cheap Chinese product. Do you mind explaining what you disliked about it, I’ve never listened to a pair.

Some might debate these are one in the same friend. LOL
I’ve seen multiple people on here rather angry about some of the Hifiman.
A number of people HATED the 4xx. Always interesting to see reactions to subjective, sensory-intensive products.

Bright. Good bass definition but no bass impact or volume. Fatiguing, hot. The mids did nothing for me.

Ha. Great subject, and I agree we sometimes need to remind ourselves how good the gear has become and how lucky we are to have it. I enjoy playing with and listening to the low cost Koss “trio” as I like to call them. I heard about putting the ksc 75s on a headband and got the parts express phones for the headband. Good God, couldn’t believe how bad those headphones are…and they use them for schools, etc? I sincerely hope NOT. I have modded many pairs of ksc with that headband (and Yaxis, and have given many away to newbies.) But I still keep a pair of the parts express phones as that reminder,lol.

Wow, I was expecting some cheap Chinese product.

i would debate that they are a cheap chinese product lol

A number of people HATED the 4xx

i am for sure one of them haha

Perhaps, but they are very well known, and generally held in fairly high regard. I suppose what constitutes as “cheap” is subjective.

Sony MDR-V600, my god those sounded like hot garbage.

Andover PM-50, Vokyl Erupt, Beyerdynamic T90, PC38x … andover was just all over the place claiming so much high praise but sounded quite terrible considering the price point not to mention tiny pads, they added larger pads later but this didn’t really fix it… claiming reference grade but … really not even close to reference… Vokyls were a shitshow backpeddling their own pads silently then the headphone just like practically up and vanishes… the headphone itself was nice but the sound was downright awful less you swapped the pads to a high grade variety which made the headphone itself not even close to being worth its price tag. T90 was so obscenely bright that even someone whos treble tolerant like myself couldn’t handle that one… its tolerable to a very limited extent but its just… awful… like theres bright and very sharp and then theres that damn thing… PC38x while performs well as a gaming headset this thing is so heavily recommended and shilled to oblivion as when it comes to musical performance or regular casual gaming performance where there is a good audio engine in place it just downright sucks and there is so many problems with the overall signature that it becomes rather painful for me to listen to… unrefined treble, loose bass, all around unatural sounding, grain in the treble, extreme lack of detail retrieval, extreme lack of separations, heavy lack of properly surrounding soundstage…

probably get some hate for that but, just my opinion on some of the worst I have sat with

For the price? Audeze LCD-1. My brother got them as a loaner when his LCD-2 CB went on service and they fucked up the repair job, so he got the LCD-1 to use inbetween. I demoed them for a week and I just couldn’t get my head around them. They made everything sound so wrong.

I would say that they’re not the worst headphone I’ve ever listened to by a long shot. But for near €500, they are absolutely one of my worst experiences I’ve had.

One of the worst, bar none, was a pair of Bose headphones I can’t remember the name of. They were constructed much like the Roccat headphones in OP’s post. It was an empty plastic bowl filled with nothing but a small driver, bare plastic walls and the thinnest of earpads. It was like wearing those throwaway Walkman headphones you got with everything in the 90’s, just bare plastic on your head. But these cost like €200-300 even back then (this was early 2000).

To this day it was one of my worst “audiophile” memories and it really took a long time for me to even remotely appreciate anything Bose had made since. I was sort of liking what I heard with the QC35II, but then they went through that firmware debacle where they actively made it worse, only to put their new fancy headphone in a positive light.

Other than that I just have some bad memories of testing out various Skullcandy products from the time I worked in electronics retail. That and Koss The Plug

Well, now you’ve crossed a line. It’s because of those exact headphones that I got into hi-fi. All of a sudden I heard TWO guitars where I always thought it was just one. Hold up…there’s more in the music than I knew!!! You’re right of course, those headphones were awful lol. Just some sentimental memories.

Well the worst earbud that I’ve tried was the free earbud that I got from Singapore Airlines. I don’t know if all airlines are like that, but oh boy the earbud was a complete trash. I can’t listen to it for more than 10 seconds. It was THAT bad.

I tried to look up what your referring to, and some how came across this: 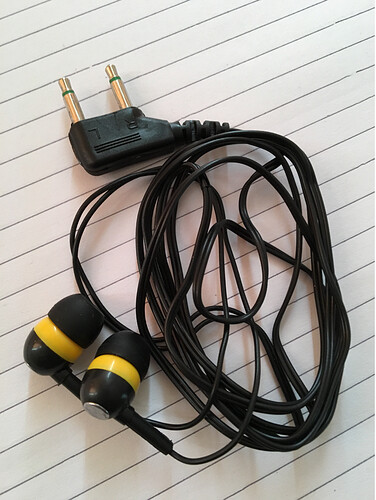 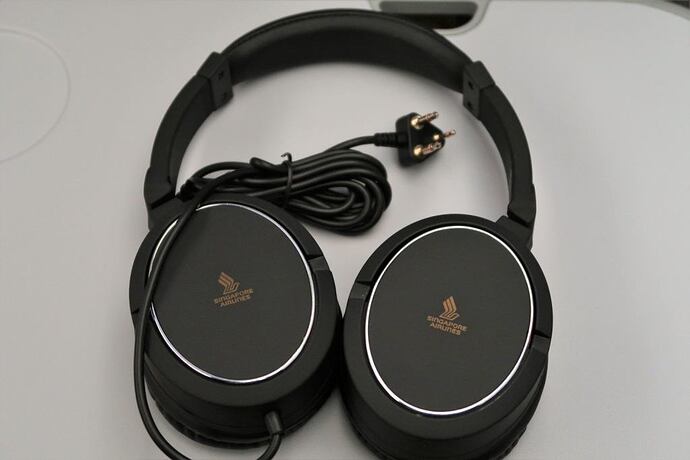 Why… who is engineering these weird dual mono(plus a ground???) outs? Where do you plug them in?

Allegedly their for airplanes, but I’ve never seen a place to plug that in on any of the planes I’ve ever been on. 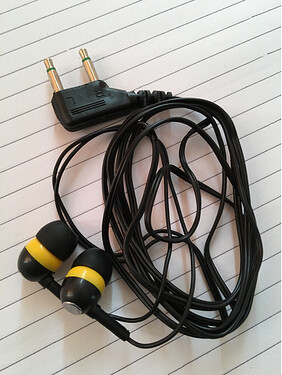 Yes it was something like that. IIRC, it was like listening through a plastic bag. It was horrible.

https://www.amazon.com/Plantronics-Gaming-Headset-100HX-Range/dp/B075DK78FW/ref=sr_1_13?dchild=1&keywords=RIG+headset&qid=1616307687&s=electronics&sr=1-13
This pile of dog shit is the absolute WORST thing I’ve ever heard… That’s even over the $1 earbuds from Dollar Tree that dig into your fucking ear. I actually threw these across the room because of how much I couldn’t stand the way they sounded.