Looking through i2s interfaces I found this: 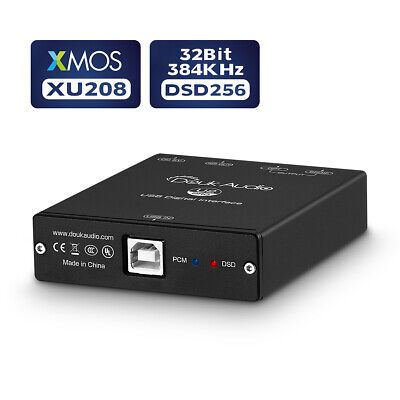 Everything seemed like the normal ones I’ve seen except this one had a dropdown menu that had 3 different clock options with the most expensive being about a $150 upgrade. I searched the Crystek 957 which is the upgraded clock in the most expensive version and found them for around $30 and was wondering if this is something that is interchangeable and upgradable myself or is this something that needs the whole board built around the different clocks to change input voltages depending on the requirements of each different clock? Other than finding the clocks for ~$80 each on eBay (which seems to be around double what they cost elsewhere), I’m having a hard time understanding why the cost difference is so much and if there’s even any benefit with the higher tier clocks and more importantly if there’s any value in having this upgrade if the whole thing is just shit to begin with (though I’ve actually heard pretty decent things about the base model) compared to other better clock systems because at $200 they’re getting dangerously close to normal desktop clocks.
Any insight into this would be greatly appreciated as clocks is something I’ve never personally done much research into and know next to nothing.

@db_Cooper I see you talking about clocks elsewhere. Care to give any input on this?

I’d put money that most people would say there’s noticeably more detail in an E30 with a Douk U2 pro than something like a D90 without one.

On a serious note ask @Rick_Jones while he still has the differences fresh in his mind.

I’d put money that most people would say there’s noticeably more detail in an E30 with a Douk U2 pro than something like a D90 without one.

To be fair though, that’s not the highest bar in terms of resolving power lol, the e30 already isn’t that far off from the d90 in resolution on it’s own

Yeah that’s what I’m getting at though. Like something is seriously broken with lower tier DACs if that stupid cheap DDC can improve them so massively. I’m not sure if it’s a clock problem or a data problem with USB.

I mean I don’t know if I’ve observed that with something like a bifrost 2, ares ii, soekris 1321/1421, vs e30 with nicer digital source, but I think that more is showcasing the poor value proposition of the d90 rather than the strengths of the u2 pro. Still need to grab one of those to try out though. But yes a nice ddc will improve even the cheaper dacs, it’s a nicer clocked signal and a nice clock just isn’t going to be something you can get already built in a 100 buck dac, so it makes sense why there’s improvement to add something to give a nicer clocked and cleaner digital signal even on the cheaper stuff

Yeah I feel like a broken record recommending that thing to everyone but I’ve tried it on like 20 DACs and the difference has been huge on every single one and I’ve heard of a couple people on the forum with BF2s and modius DACs having huge gains with it through coax even over Schiits unison USB implementations and until a cheaper DDC with i2s coax and optical outputs comes out that works as well it’s an easy bump in quality and it’s the cheapest way I’ve found to get people to dive into DDCs and honestly I’ve tried most DDCs I can find under $500 and they’re all pretty close in performance on lower tier DACs anyways so I have a hard time recommending more expensive ones unless you need specific features. I want to dive into some higher end DACs eventually but I’m trying to save money right now and the ones I have my eyes on are in the $3-5k range and I just can’t do it right now.

I mean if it works it works lol

I could see that, I’ve tried something like the U2 pro (in the similar price range) and didn’t find it to hold up on some of the higher end dacs vs nicer ddcs, but for most sub 1k stuff it wasn’t that large of a difference compared to the 500 ish buck ddcs (never found some of the more expensive ddc worthwhile on midrange dacs anyways, so this looks like a cool middleground)

Yeah I got the upgraded version of it with crystek 957(?) Femtosecond clocks and it was like $130 and swings with the $4-500 DDCs I compared it against with cheaper DACs and it was tiny in comparison so I just kept that one lol.

Yea it definitely improved the sound quality for the D90se. Sound separation and layering is turned up to eleven! There is now a holographic 3d presentation. Increased clarity where you can really hear where and what direction each sound is coming from and how far it is in the track.

@Pokrog on a side note, I did run into some strange behavior after some swapping cables and comparing the Douk U2 pro… I noticed that I lost what I mentioned above. I read on another forum a user ran into this issue and restarted their computer and the problem went away. This did fix my issue and I am happy that it is resolved. Was curious if you experienced this issue as well?

Yeah if it loses connection you usually gotta restart your computer or unplug the U2 power supply and plug it back in. I have a switch on my PSU for it and I just click it off and back on but it is a little annoying so it makes it tough to move around.

@M0N if you’re still around could you move some of these posts real quick? I feel bad for derailing the thread. Maybe a U2 thread?

Ok maybe that is what happen. I was messing around yesterday trying to compare it to my original USB connection on the D90se and the realized they sounded the same and I knew I had messed up something. There was a bit of connecting and disconnecting wires.

Like something is seriously broken with lower tier DACs if that stupid cheap DDC can improve them so massively.

I’d say nobody at the DAC makers RTFM’ed. The USB spec for audio stream clearly states to take measures to compensate for clock jitter, transmission problems and other widerndes coming from the host.

Yeah it’s really odd how bad it is across the board with every single manufacturer on the low end. You shouldn’t be able to have a $50 DDC make a companies entry level DAC perform better than their flagship consumer market DAC but it’s a real thing.

I asked about it on their AliExpress Store (where they don’t have it listed): 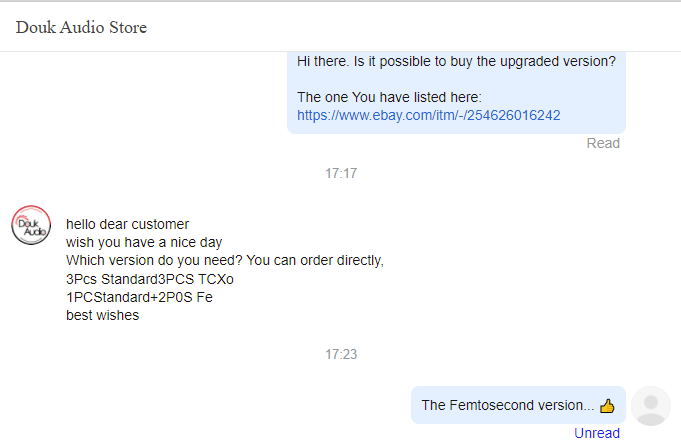 Will let You guys know if it’s possible to buy it on request on AliExpress: 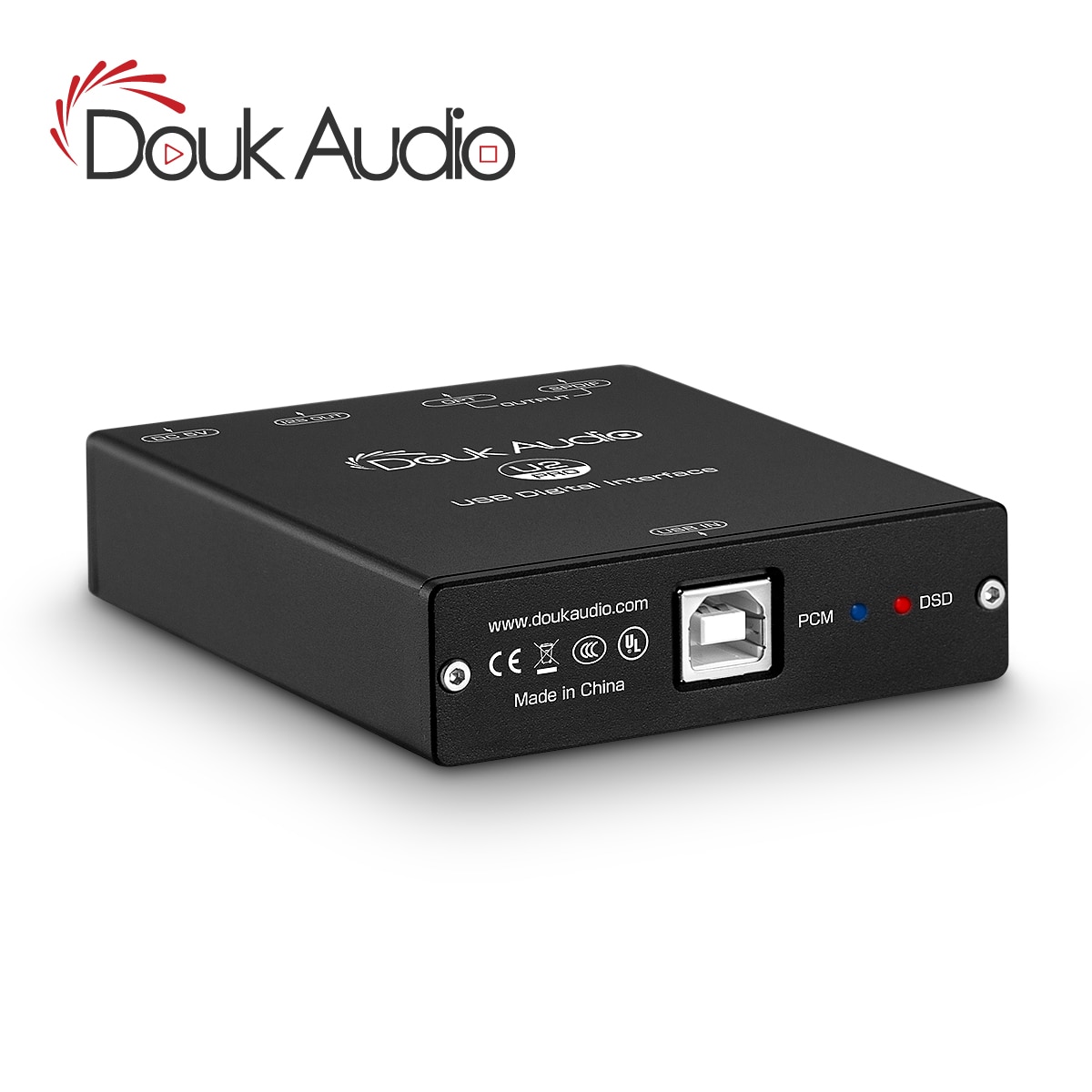 Weird thing is that they’re actually linking to the eBay listing from AliExpress for the Femtosecond version:

But are You saying there’s no reason to buy the upgraded one over the cheapest version, in Your opinion?