I brought these home from my parent’s place a couple of weeks ago. Dad purchased these new in 1984. He hasn’t used his stereo equipment in a very long time.

Before I could really hook them up into my main rig, I had to tear them down to clean them up. These units have lived a life uncovered for 38 years getting full of dust, and worse, cigarette smoke/tar and whatnot.

I bought some DeoxIT D5 and cleaning duster sprays. I do know that all of the potentiometers needed cleaning after a simple setup with small speakers. There was a lot of static in them. The DeoxIT also did a good job cleaning up the circuit boards of all the smoke/tar reducing the awful smell by a significant amount.

After getting them all cleaned up, inside and out today, I’ve hooked them up to my main rig and the pre-amp knobs all work cleanly now. 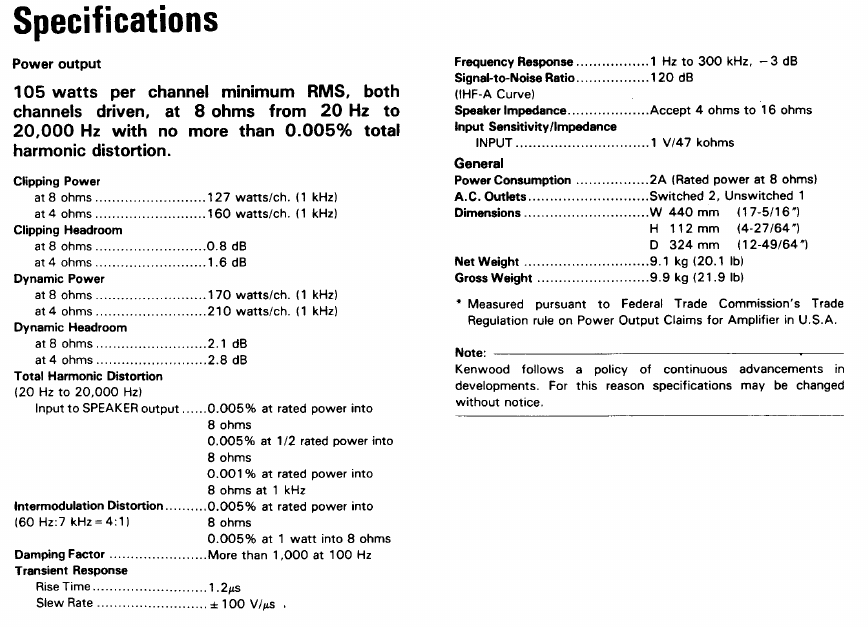 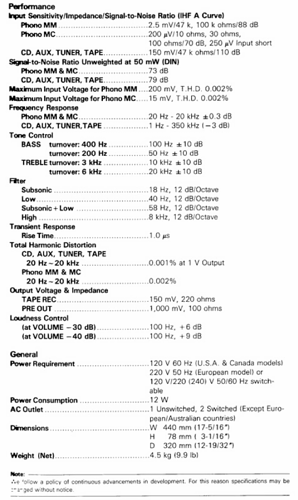 I have a CD playing right now with a lot of deep bass and the amp is driving my Klipsch’s very, very well.

The most noticeable difference in using this amp is the power! It kicks the hell out of the Yamaha R-S202BL integrated I’ve been using for a while.

The power is almost too much. The bass response that it’s giving my Klipsch R-620F’s is overwhelming, and boomy. I’ve had to use the turnover and tone controls on the C2 to cut the bass back as far as I can and turn up the treble. Leaving them in the off position is the worst sound. But playing with them on I can dial the sound in much better.

So far I’ve played a CD, a cassette, AM and FM radio, and now I have a vinyl record on.

With the preamp EQ controls set to zero, or bypassed, you should be getting the most accurate possible playback. So that’s wierd if you’re having to boost treble & cut bass, especially if it’s a horn loaded tweeter.

The amp has an excellent damping factor specification, so I don’t know why the bass would be boomy, unless the speakers are near room walls, & or the bass in the recording is boomy. The only other explanation would be an over all room mode causing bass build up which is being “magnified” by the higher powered amplifier.

All other specs look great by the way. Nice find.

What is odd is that I’ve since removed the pre-amp from the chain and replaced it with a Jotunheim acting as a pre-amp and music sounds good again. The Kenwood amp is driving the speakers exceptionally well. The bass response is no longer boomy, the mids aren’t muddy anymore and the treble is clear again.

I added a Loki with the Jotenheim just in case I was still having the problem, and I’ve not had to adjust anything and everything is still set to neutral.

The issue is the pre-amp and I don’t understand why. All I can come up with is that it doesn’t pair well with my speakers, or there is something wrong inside of it.

10-4. I would be curious to see the results of a legit audio electronics tech looking inside the preamp & running it through their measurment instruments to see whats wrong.

It’s rather old and might need a re-cap. I have some old Hitachi’s that work ok except the phono stage - probably because it hasn’t been used for years (because of cd and cassette…).