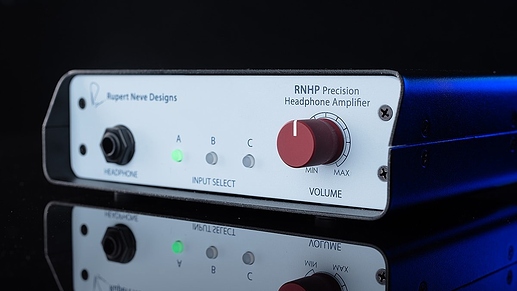 Super clean and clear… can’t push T50’s… I was using it for listening to puscifer/tool/portishead, originally I was going to return the unit to amazon while my mjolnir 2 was @ schiit for repairs, I can’t bring myself to return it lol! The crisp clean delicious sounding purity when I was playing apex legends and the detail in the music was unmatched.

ATH-R70x(music) and ATH-WS1100iS(while gaming) seemed to bring out the most to my ears. Love at first listen… my favorite SS amp for sure.

That sounds great! I’m waiting for mine to arrive next week (early Father’s Day present). I’ll be pushing Audeze LCD-X’s, which I think are efficient enough for the RNHP. Thanks for your input. 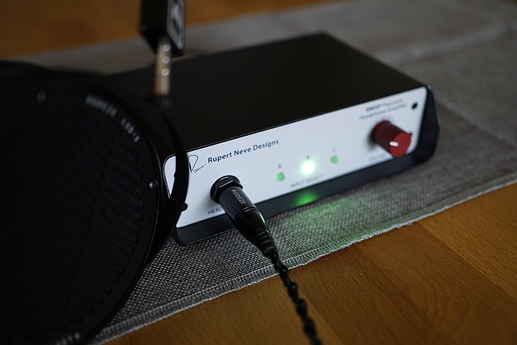 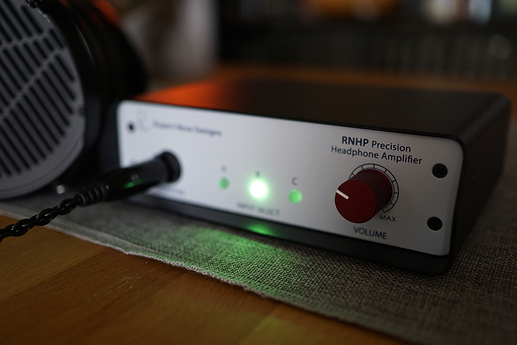 So I’ve had it for a couple of weeks now and I’m quite smitten. This little amp has such a sweet, accurately resolving sound with the slightest touch of analog warmth.

I’ve been listening through a Bluesound Node 2i, mostly Tidal Master when available, and the sound is the best that I’ve heard in my own listening environment. Audeze LCD-X pair really well in this setup. The detail and clarity I’m hearing are really impressive.

I’m listening to Fleetwood Mac’s self titled debut album in MQA and I can’t help but smile not only by the sounds that I’m hearing, but also by the fact that this album was recorded on that famous custom Neve console (I highly recommend “Sound City” 2013 documentary about the famous recording studio of the same name. So many great albums were recorded there. It’s a great watch for a fan of music.) It truly is as close to the studio recording as I’ve ever been.

If you haven’t heard the RNHP I strongly recommend that you find a way to audition it. It’s a pretty special little amp that can push most headphones (though I honestly suspect that it may indeed have trouble with 600 ohm headphones.)

How loud they get with the RNHP?

Thank you. I can’t go past 12 o’ clock on the volume nob, which is 50% volume level. Plenty loud. I’m still really loving this setup. I just need to upgrade my dac down the road. Hoping Benchmark offers MQA support in the future, as their opinion changed regarding balanced headphone output.

Its fantastic and a definite improvement over the THX amps. I was very skeptical this would be the case. But just damn… Its very nice. 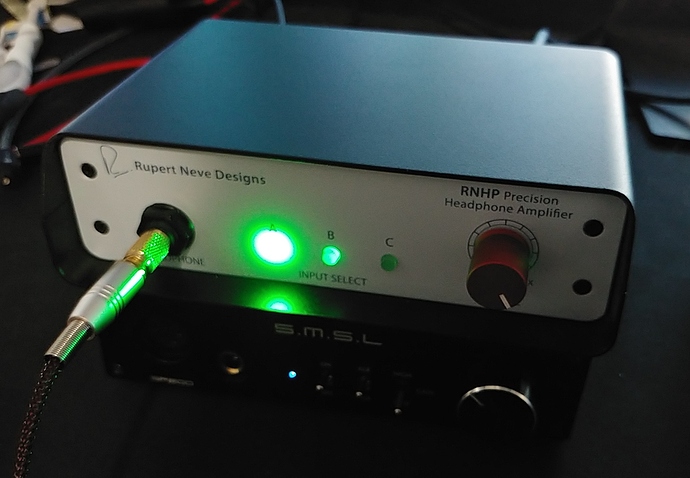 I also really enjoy the build, it’s fantastic (I also like the look but it’s an acquired taste lol, but it matches some of my other Neve gear)

I almost want to get install a VESA mount to the underside of my desk and set it up underneath. Lol

And yes, I love the look too personally. It’s definitely better looking than the SMSL SP200 IMO.

That would be pretty neat, I’m too lazy to do that lol

Glad you’re enjoying this amazing little amp! It really does perform some sonic sorcery that’s hard for me to articulate.

It also shows that balanced output isn’t really necessary for high level performance. It still amazes me that it’s relatively unspoken of in the headphone world. Hopefully with the Fidelice launch more people will get to try out Neve’s designs.

IMO… people should jump on this amp before they decide to stop selling it. Given the price difference with the Fidelice versions.
I am coveting that Dac/Amp though…

Same! I had two and returned one (was just inside of return window) after the Fidelice announcement. I’m kind of regretting that now. I may just order another one, or “go big” and try out the Phonitor XE!

but, $5k is too much for me. Still it’s a compelling proposition for someone with the means.

FFFFffff… i just got it… I’m honestly a bit surprised… I’m both happy and annoyed… Happy because the audible differences are pretty noticeable even volume matching it with the SP200… annoyed because this whole being perfectly happy with just a THX amp just got more complicated.

it looks like its balanced. and is it true it cant push argons? i think this was made before the whole THX thing. his new stuff is expensive

IMO… It’s enough of an improvement… I’d take the power loss over the THX amps… Though I don’t have anything crazy hard to drive.